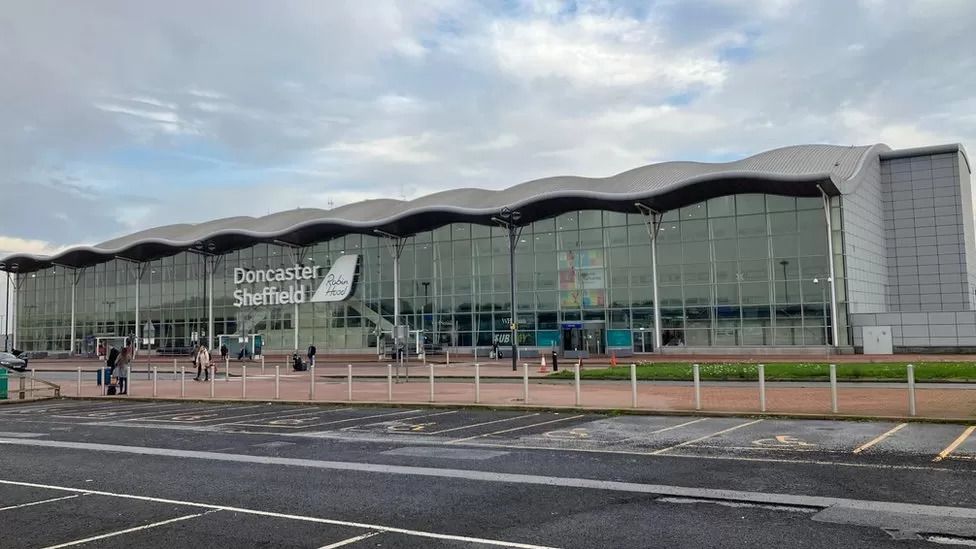 Passengers told of their anger and despair before the final flight took off from Doncaster Sheffield Airport (DSA).

Owner Peel Group said the airport would be wound down from the end of this month as it was not profitable.

The final outbound flight was due to take off at 22:55 BST on Saturday for Katowice in Poland.

One holiday-maker, returning to DSA, told BBC Look North: "I'm disgusted. It's a waste of a good runway."

She added: "A lot of people use it.

"The crew on our flight were on their penultimate flight and they were in tears."

On Wednesday, Doncaster's Mayor Ros Jones instructed the council to begin legal action against Peel to prevent the removal of critical assets.

Ms Jones said there had been a credible offer put forward to Peel to purchase the site.

Another passenger said: "It's an absolute disgrace. For some reason, they have apparently rejected it (the offer)."

Flights will continue to arrive into DSA over the coming days.