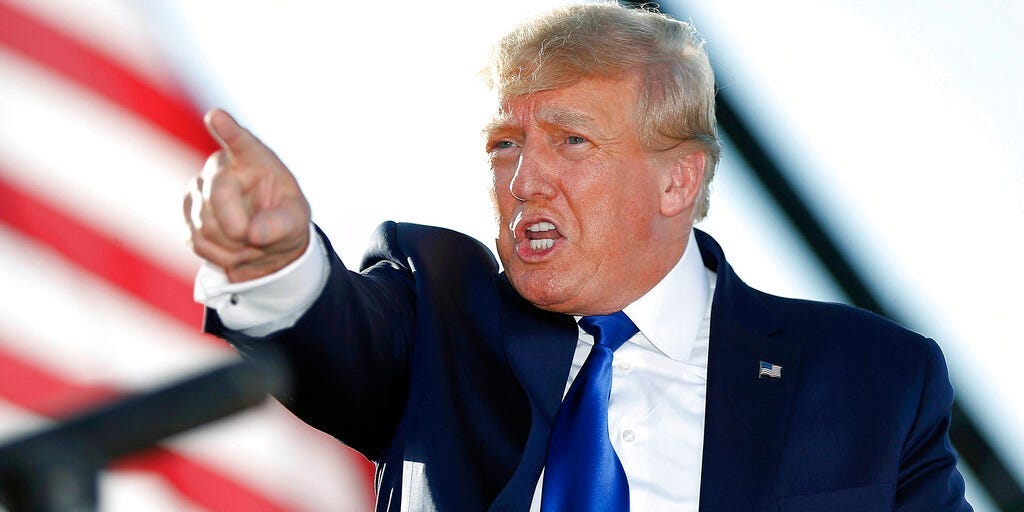 Donald Trump sued CNN, accusing the network of using its 'massive influence' to defame him 'for the purpose of defeating him politically'

Former President Donald Trump filed a defamation lawsuit against CNN, accusing the network of defaming him "with a series of ever-more scandalous, false, and defamatory labels of 'racist,' 'Russian lackey,' 'insurrectionist,' and ultimately 'Hitler,'" according to the lawsuit.
The former president threatened a suit against the network earlier this year for "defamatory" reporting. In July, Trump sent the network a 282-page letter threatening a defamation lawsuit and demanding an apology from the network. The letter also asked the network to retract "numerous articles and televised transmissions" within 10 days.

Trump's lawyers filed the lawsuit Monday in federal court in Fort Lauderdale, Florida. He is seeking at least $475 million in punitive damages, according to the suit. The lawsuit also seeks a trial by jury, according to court documents.

CNN declined to comment when reached by Insider. A lawyer for Donald Trump did not immediately return Insider's request for comment on Monday.

The lawsuit alleges that CNN defamed Trump by repeatedly calling his claims of voter fraud baseless. The suit accuses the network of undertaking a smear campaign against Trump and hurled "a barrage of negative associations and innuendos" at him "broadcasting commentary that he is like a cult leader, a Russian lackey, a dog whistler to white supremacists, and a racist," according to court documents.

The complaint says that CNN's reporting has "consistently fed a narrative to denounce" Trump's "legitimacy and competency," court documents show.

"By comparing the Plaintiff to violent dictators and repeatedly using inflammatory language, such as "Trump's big lie," CNN knowingly made false and defamatory statements about the Plaintiff, or at the very least, made those statements with reckless disregard for their truth or falsity, thereby acting with actual malice," the lawsuit says.
#Donald Trump
Add Comment