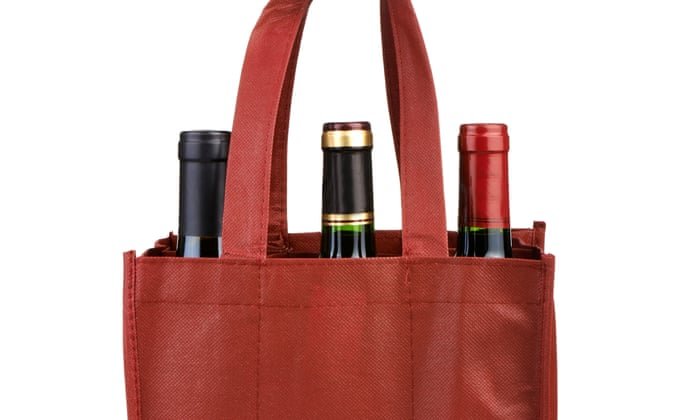 Don't buy teacher a Christmas gift unless it is wine, survey suggests

A homemade card will do for most – but primary teachers wouldn’t say no to booze
Parents in a last-minute panic about Christmas gifts for their children’s teachers don’t need to worry: most teachers say the present they’d prefer is a homemade card – although primary school teachers would be just as happy with booze.

With most schools in England closing for the Christmas holidays on Friday, an anonymous survey of more than 5,000 UK teachers conducted by the Teacher Tapp app revealed teachers would rather receive homemade cards from their pupils than the traditional offerings of wine or chocolate or other gifts.

The exception, though, are teachers in primary schools, who were as likely to say they’d prefer wine as a painstakingly-drawn felt-tip and glitter Santa from Year 1.

The popularity of a student’s own work over the sinful attractions of free alcohol and confectionary shows that teachers really are soft-hearted, even at secondary school, according to Becky Allen, Teacher Tapp’s co-founder and chief analyst.

“Primary school teachers probably get blasé about getting homemade cards, whereas by secondary school it doesn’t happen as much, so it’s a real bonus to have the kids saying something meaningful about you,” said Allen.

For those intent on giving chocolates – favoured by just one in six teachers - Terry’s Chocolate Orange topped the national popularity stakes, while Roses and Quality Street were the least popular.

The relative popularity of Christmas gifts is one of the more unusual results uncovered by Teacher Tapp, an app dedicated to finding out what teachers think and how they do their job on a daily basis.

The results have been eye-opening, according to Allen, an honorary research fellow at Oxford University’s department of education, in revealing the long and often unproductive hours teachers work, and how lonely the job can often be.

“We’ve found that teachers spread their working day over really long hours. Many of them take a break after leaving school, either because they have got caring duties or they are exhausted, frankly,” Allen said.

“They go home and then they start working again in the evening. We found that four in 10 teachers in any weekday evening are sitting in front of the TV doing their marking.

“Psychologically, it can feel quite a burden to do a job where you feel like you are working from first thing in the morning, until the last thing you do before you go to bed is work.

“You’ve got this infinite job, you don’t work as part of a team so you have to make your own decisions how to manage your workload, and that’s really hard for anyone to do.”

Ironically, teachers themselves agree that marking books is often a waste of time – the educational researcher Prof Dylan Wiliam’s calls marking “one of the most expensive PR exercises in history”.

Another survey found more than 70% of teachers agreed that doing away with written comments on pupils’ work would make no impact on what they learned. And nearly two-thirds of classroom teachers said activity such as marking was mainly driven by the need to impress outsiders, whether parents or Ofsted inspectors.

“If you ever say to a headteacher, you could just drop the marking policy, they would be absolutely horrified. But there’s no rule that says you have to have one. But things get culturally embedded and then it’s hard to turn back,” Allen said.

Allen and Laura McInerney, another former teacher and Guardian education columnist, came up with the idea of Teacher Tapp in 2017, attracting seed funding to create the app that now has a dedicated user base of 6,000 teachers around the country answering the three or four brief questions sent each afternoon.

In doing so Teacher Tapp has created a community of teachers who share the same profession but often have little contact with those outside their immediate area, even within their own schools.

One of the saddest results uncovered by Teacher Tapp has been the substantial number of teachers who preferred to eat their lunch – often as short as 30 or 45 minutes a day – in their classrooms or offices, away from their colleagues.

Allen says such responses have led her to think about the loneliness of teaching, “how isolating it is, how little teachers actually know about each other and the job they do.

“Teachers don’t all hang out in the staffroom together as much as they used to, and fewer collegial conversations are taking place. It does mean that quite a lot of the dysfunction in schools comes from relative isolation and lack of understanding.”
Add Comment