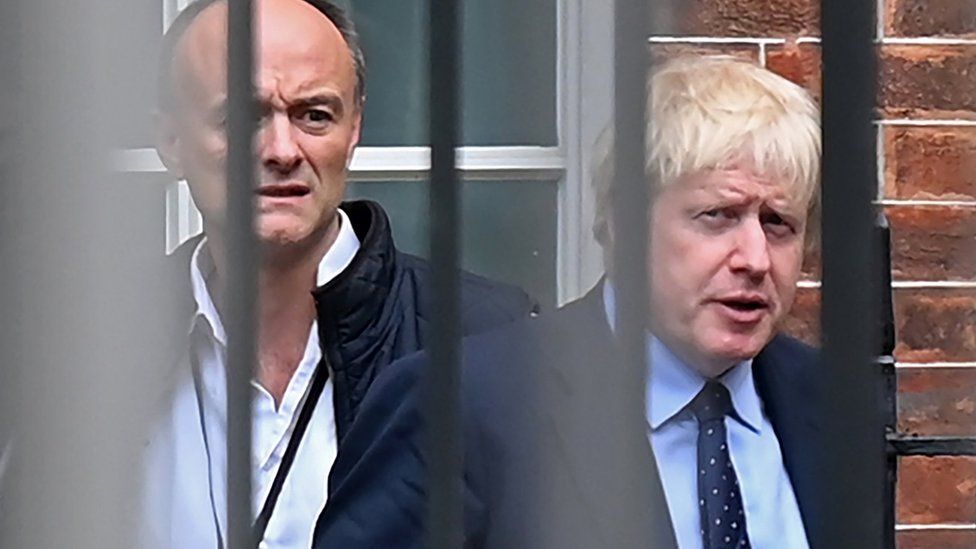 Dominic Cummings has launched a blistering attack on his old boss Boris Johnson, questioning his "competence and integrity".

And he claimed Mr Johnson once had a "possibly illegal" plan for donors to pay for renovations of the Downing Street flat.

No 10 said ministers had always obeyed codes of conduct and electoral law.

Mr Cummings was forced out of his Downing Street role at the end of last year, following an internal power struggle.

On Friday, in his first blog post since leaving that role, he also denied leaking details of the second Covid lockdown in England.

This is an explosive intervention from a man Boris Johnson used to count on as one of his closest allies.

And if you're tempted to roll your eyes and think it's just sour grapes from a jilted advisor, think again.

Dominic Cummings' blog is proof that he is willing to lift the lid on his time at the heart of Downing Street, regardless of how it reflects on the prime minister.

Beyond his denial of leaking text messages, he has also given his version of events relating to two potential political weak spots for Boris Johnson.

They are the questions over the financing of the renovation of the Downing Street flat and the leaking of a plan to impose a lockdown.

The level of detail shows that Mr Cummings is willing to expose others while defending himself and lay bare the inner workings of No 10.

The BBC - whose political editor Laura Kuenssberg first reported on the text messages on Tuesday - said it did not discuss the sources of stories.

Asked whether he had blamed his former adviser for it, Mr Johnson said: "I don't think people give a monkey's, to be frank, about who is briefing what to who."

No 10 has launched an inquiry into who leaked the text messages.

The text exchange between Mr Johnson and Sir James happened in March last year, after the government asked companies to help build thousands of ventilators needed to deal with very ill patients. 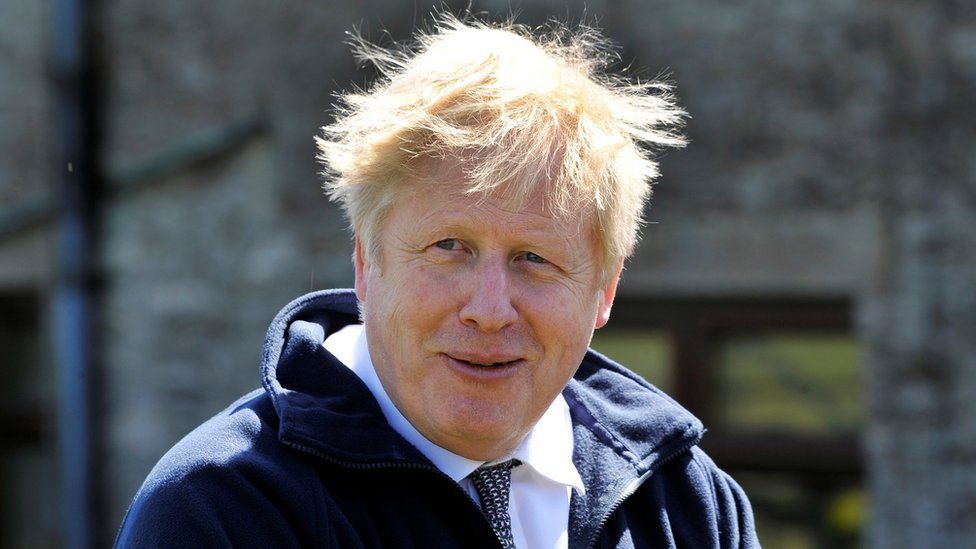 In it, the prime minister agreed to "fix" concerns the businessman had about tax bills for his Singapore-based staff if they moved to the UK to do this.

Writing on his blog, Mr Cummings said: "I was not directly or indirectly a/the source for the BBC/Kuenssberg story on the PM/Dyson texts."

He adds: "I am happy to meet with the cabinet secretary and for him to search my phone for Dyson messages."

Mr Cummings continues that he is "happy for No 10 to publish every email I received and sent July 2019-November 2020".

He also calls for an "urgent parliamentary inquiry into the government's conduct over the Covid crisis", adding that he thinks Mr Johnson has fallen "far below" the standards of "competence" the "country deserves".

Mr Cummings promises to answer questions about "any" issues when he appears before a parliamentary inquiry into the government's pandemic response on 26 May.

In his blog, Mr Cummings also claimed the prime minister once planned to have donors "secretly pay" for renovation of his official Downing street flat.

Like several of his recent predecessors, the PM is living in the flat above No 11 Downing Street, which is larger than the one above No 10.

He adds that Mr Johnson "stopped speaking to me about the matter in 2020", as he told him the renovation plans were "unethical, foolish, possibly illegal and almost certainly broke the rules on proper disclosure of political donations if conducted in the way he intended".

Mr Cummings says he would be "happy to tell the cabinet secretary or Electoral Commission" what he knew about the matter but that his knowledge is "limited".

In response to Mr Cummings's claims, a No 10 spokesperson said: "At all times, the government and ministers have acted in accordance with the appropriate codes of conduct and electoral law.

"Cabinet Office officials have been engaged and informed throughout and official advice has been followed. "All reportable donations are transparently declared and published - either by the Electoral Commission or the House of Commons registrar, in line with the requirements set out in electoral law. "Gifts and benefits received in a ministerial capacity are, and will continue to be, declared in transparency returns."

Earlier on Friday, the government said that "costs of wider refurbishment in this year have been met by the Prime Minister personally."

Denying being the source of a leak last year ahead of the second Covid lockdown in November, Mr Cummings says an inquiry at the time found that neither he nor the then-Downing Street director of communications, Lee Cain, had been responsible.

He adds that the events around that inquiry "contributed to [his] decision to stick to [his] plan to leave No 10 by 18 December", which he says were "communicated to the prime minister in July".

At the time, Mr Newman was a special adviser at the Cabinet Office. He took up a role in Downing Street earlier this year.

Mr Cummings claims that, in a conversation he had with the PM afterwards, Boris Johnson said: "If Newman is confirmed as the leaker then I will have to fire him, and this will cause me very serious problems with Carrie [Symonds - the PM's fiancee] as they're best friends… [pause] perhaps we could get the cabinet secretary to stop the leak inquiry?"

In response to Mr Cummings' claims, a Downing Street statement said: "The prime minister has never interfered in a government leak inquiry."

And a senior government official said: "The allegations against Henry Newman are entirely false. He wouldn't be working in Downing Street if he was suspected of leaking information."

Earlier, Downing Street declined to comment on "speculation" that Mr Cummings - who quit his government job last November after a row over his role as the PM's chief adviser - had leaked the texts.

On a visit to Derbyshire, Mr Johnson said anyone who thought there was something "dodgy or rum" in his dealings with Sir James Dyson was "out of their mind".