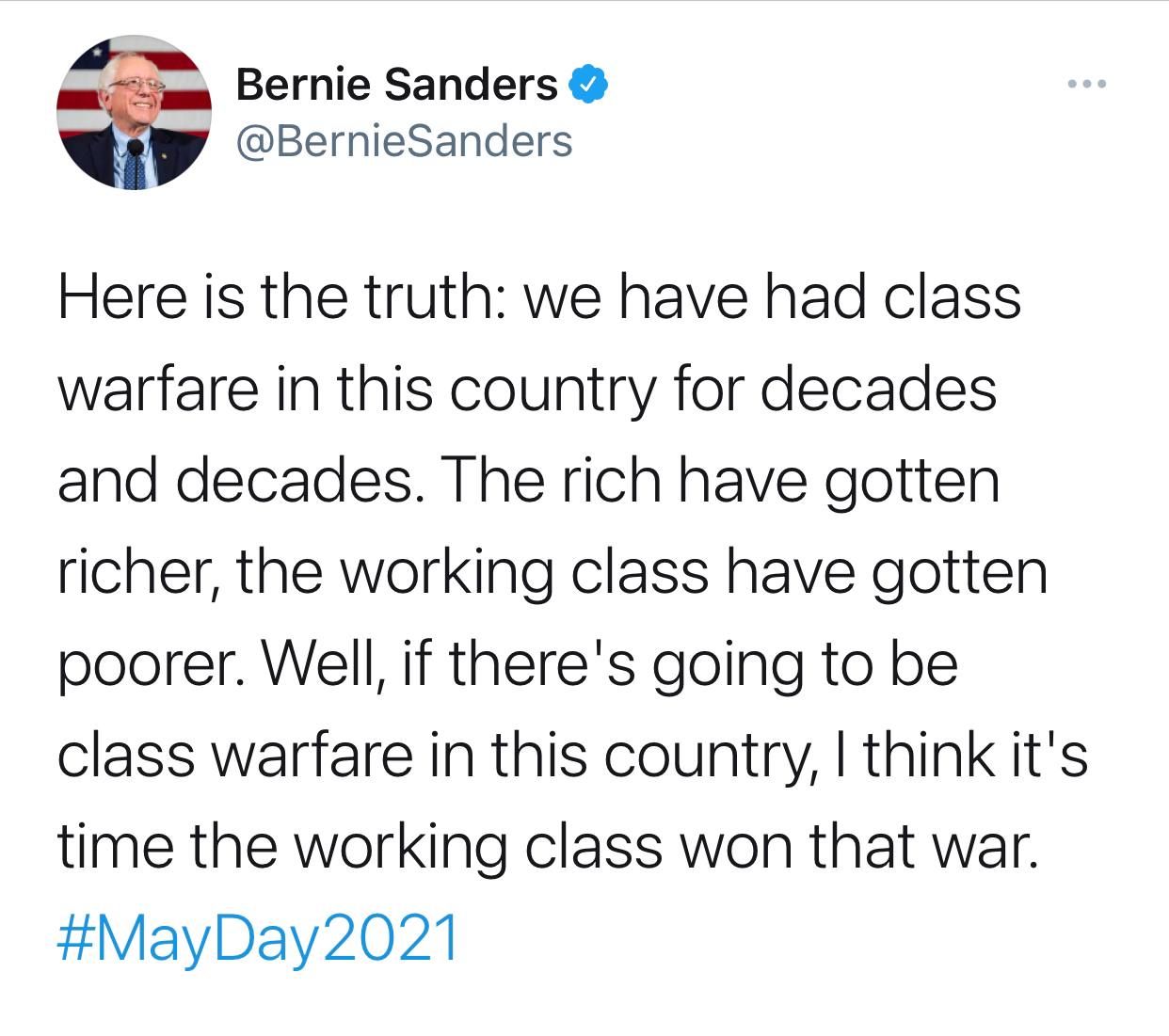 Why Bernie Sanders suggest a civil war while there is a peaceful solution?

Bernie Sanders calling the America working class to win the “war” on the rich. “Win” sounds fantastic, but why “war”? How exactly? Another civil war? With what weapons? Is there another way rather than violence to “win this war”?
This is America. That’s the system.

Its originally designed and constituted -by slave owners- exactly for that. America by its constitution was never established as a democracy, nor as a place for equal society.

I don’t understand what’s the problem when something is working perfectly as it was designed for...

China and the Soviet Union designed different. That’s ok too. Not everybody must manage their own life in the same way.

So think peace instead of war: the peaceful way for the unsatisfied American working class to follow Bernie Sanders romantic and really wonderful ideas, is simply to upgrade by immigrate to China, or Russia.

They may lose the right for a free speech that they maybe have in USA (as long as they are not part of the 84 million minority Republicans that lost it), in USA they might not go o jail for spreading fake news as Alexei Navalny in Russia (they will go to jail only for spreading real news, as Julian Assange and Bradly Manning), but in exchange they will automatically gain a better and free health care, education, housing and economy.

I guess that this what Bernie Sanders want, minimum good life for all. And it exists already, in China and Russia, without war and without the need to “win” the American rich.

So yes. For the American working class that for whatever reason prefer better and free health care, education, housing and economy - USA is not the system you are looking for. Russia and China is. Not a bad upgrade, when you consider the alternative that Bernie Sanders is complaining about, unless you “make it” as you defiantly can in USA, much easier than in Russia, and almost as easy as in the new rich China.
#Alexei Navalny
Add Comment