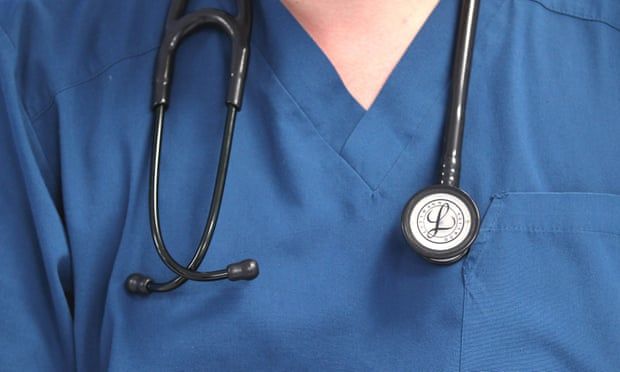 General Medical Council act after London civil court found him guilty of killing partner’s father in triple poisoning
An NHS doctor who was found by a court to have poisoned three people, killing one of them, has been suspended from practising medicine in the UK by the General Medical Council.

The Guardian revealed earlier this week that a London court had found that the doctor had poisoned his partner and her parents with thallium, killing her father.

The General Medical Council (GMC), which regulates the UK’s 306,185 doctors, on Tuesday said that it had suspended the medic and is investigating the events that led to the court deciding that he was a killer.

“The doctor is suspended from practice pending an investigation into the allegations against him. The doctor was suspended in January 2022”, a GMC spokesperson said.

The regulator declined to give any more details. It is thought that it is still assessing whether there are enough grounds to refer the doctor to the Medical Practitioners Tribunal Service, which investigates medics accused of wrongdoing and sanctions those who are found guilty.

In the family court last year Mr Justice Williams ruled that the doctor had poisoned the trio, but he forbade either the medic or his ex-partner from being named. The poisoning came before the family court, despite it being a civil rather than criminal court, when in 2018 the doctor began seeking access to the son he had when he was still in a relationship with his ex-partner.

Their relationship broke down in October 2012, a month after he – the court later established – put thallium in coffee that she and her parents drank while they were all staying together in Bulgaria, their home country. She and her mother became very ill but survived.

Williams found that on the balance of probabilities the doctor had administered the poison, hurried back to the UK with his then partner and their child, and then declined to use his medical knowledge and contacts to get her appropriate care.

His ex-partner told the Guardian she was “shocked” that the GMC had taken so long to suspend the doctor, given that he had first been accused of the poisoning in a previous case involving the custody of their child. That hearing, in 2020, also found that he had administered the thallium, a tasteless and odourless poison.

However, the doctor appealed that ruling and the court of appeal ruled there must be a rehearing of events surrounding the poisoning, at the end of which Williams said he was satisfied that the man had carried it out.

“The GMC was made aware of the outcome of the first trial at the end of April 2020. I was shocked that my ex-partner was allowed to practie medicine since then.

“I would have assumed that if the GMC was going to conduct any investigation, then such [an] investigation should have been initiated immediately. I am shocked that things move forward very slowly, bearing in mind that a doctor was found to have killed a man”, she said.

Simon Bruce, a specialist family lawyer who represents the woman, said: “The mother was intensely worried that her son’s father was practising as a doctor in England for years.

“The General Medical Council has been informed of developments in the case on a periodic basis when this was permitted.”

Bruce has acted for the woman – a bookkeeper – since late 2020 in his capacity as the director of a legal clinic run by Dad’s House, a charity based in London. Through the clinic lawyers provide pro bono advice to help people negotiate legal disputes.

He added: “The president of the family division gave a speech in October 2021 in which he said that over half of the cases involving children in our family courts involved allegations of violence.

“That may well be, but hardly any involve the killing of individuals, as this one did.”

Delphine Philip Law, the doctor’s solicitors, declined to comment on the suspension but had earlier said that the doctor vehemently denies the mother’s allegations that he poisoned her or her parents.
Add Comment