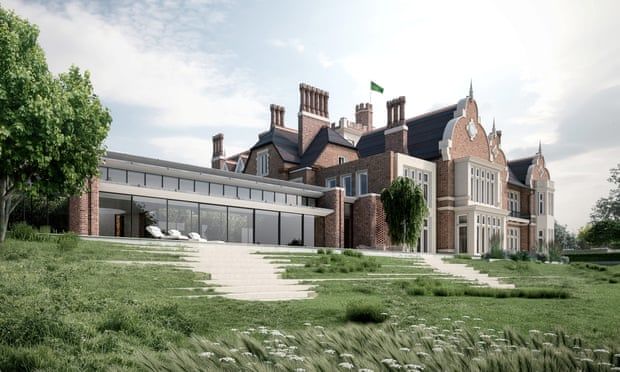 Oligarchs under sanctions in the EU and US have been linked to almost £200m of property in London and the home counties, a Guardian analysis has found, as Boris Johnson came under mounting pressure from Labour to step up financial curbs.

Among those hit with sanctions by the EU in recent days over Russia’s invasion of Ukraine are Mikhail Fridman and Petr Aven, who separately own mansions in London and Surrey. Both men stepped down from the board of their private investment group, LetterOne, on Tuesday.

Aven attended a business meeting with Vladimir Putin at the Kremlin last week, which his spokesperson said he was required to do. He bought the plot of Ingliston House in Virginia Water in the 2000s for an estimated £8m, and he has spoken of housing a vast art collection there. The property is owned through a company.

Fridman bought and still owns Athlone House in north London, paying £65m for the property in 2016, according to the Land Registry.

A spokesperson for both men said the justifications for EU sanctions were “simply and demonstrably false” and stressed that the pair were in no way involved in politics, had condemned the war and would contest the allegations. Fridman has previously said he did not know whether he would face sanctions in the UK and hoped it would not happen.

Igor Shuvalov, a former Russian deputy prime minister who chairs Russia’s state development bank, is also said to be a London property owner under EU sanctions. He was named in the House of Commons by Labour as owning two flats in Westminster, bought for an estimated £11m.

On Wednesday Keir Starmer said the only reason Shuvalov was known to be the real owner of the flats was because it had been revealed by the jailed Russian opposition leader Alexei Navalny.

“Transparency is essential to rooting out corruption,” the Labour leader said. “It should be built into our law, but it’s not. And I’m ashamed that we only know about Shuvalov’s Westminster flats because a dissident risked his life. Is the prime minister?”

Another billionaire oligarch, Oleg Deripaska, is under sanctions in the US and has previously challenged the restrictions in the courts.

He is listed by the US Department of the Treasury as residing at Belgrave Square in London. The property was bought in 2005 for an estimated £25m through Ravellot Ltd, a company based in the British Virgin Islands. A spokesperson for the businessman said the property was “owned by members of Mr Deripaska’s family”.

The spokesperson added: “As regards the US sanctions against Mr Deripaska, the grounds on which they were imposed are entirely baseless. No evidence has ever been produced to substantiate allegations of wrongdoing against him. I trust that Mr Deripaska’s position on the importance of peace speaks for itself.”

There is more of a mystery surrounding London property previously linked to Alisher Usmanov, who was put under EU sanctions this week and whose sponsorship links to Everton football club were recently frozen. He has for many years been reported as having owned two mansions – one on the same Hampstead road in north London as Fridman and another in Surrey. 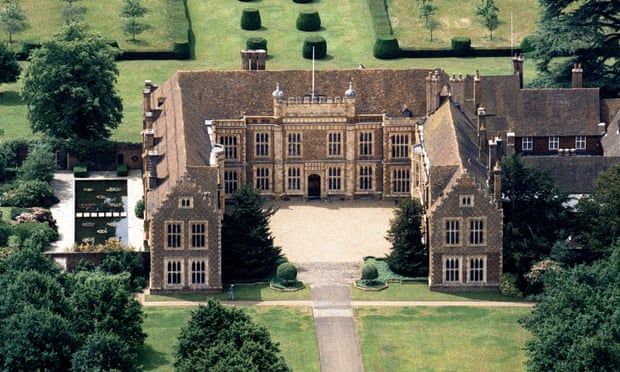 Sutton Place near Guildford is reportedly owned by Alisher Usmanov, although a spokesperson disputed the information about his property ownership.

Usmanov bought the Grade-II listed Beechwood, which is set in 4.5 hectares (11 acres) of ground, for £48m in 2008 through Hanley Ltd, a company based in the Isle of Man. He has also been reported to be the owner of Sutton Place, a 72-room Tudor mansion near Guildford in Surrey that was once frequented by Henry VIII, and was bought for an unknown amount in the mid-2000s. It was marketed for £25m but is thought to have sold for less.

However, Usmanov’s spokesperson on Wednesday disputed the information about his property ownership, without being specific about whether he was no longer the beneficial owner of one or both of the properties.

Usmanov previously said in response to the EU’s move: “I believe such a decision is unfair and the reasons employed to justify the sanctions are a set of false and defamatory allegations damaging my honour, dignity and business reputation. I will use all legal means to protect my honour and reputation.”

Questions have been mounting from British MPs in recent days over why the UK has not matched the US and EU in some of its sanctions. So far, fewer than 10 oligarchs have been sanctioned by the UK in relation to Russia’s invasion of Ukraine. Sanctions have also been brought against Putin and his foreign minister, Sergey Lavrov.

A British official rebuffed suggestions that the UK was moving too slowly on imposing further sanctions against individuals close to the Russian president and their business interests.

The official pointed to measures such as a ban on all Russian-flagged ships docking in UK ports as an example of how the government was ahead of the EU, US and other G7 nations, but admitted there were “quite significant risks of asset flights” from those fearing they could have their finances frozen.

Analysis by the NGO Transparency UK has previously estimated that since 2016 £1.5bn’s worth of UK property has been bought by Russians with alleged links to the Kremlin.

Amid a lack of transparency over the beneficial owners of London property, Labour wrote to the government on Wednesday urging it to change proposed legislation to give foreign property owners 28 days rather than 18 months to reveal their identity.

The Liberal Democrats called for the government to seize empty property in London owned by oligarchs with links to the Kremlin in order to house Ukrainian refugees. Alistair Carmichael, the party’s home affairs spokesperson, said: “It’s time to freeze these assets and put them to good use, by temporarily housing Ukrainian refugees escaping this terrible war.”