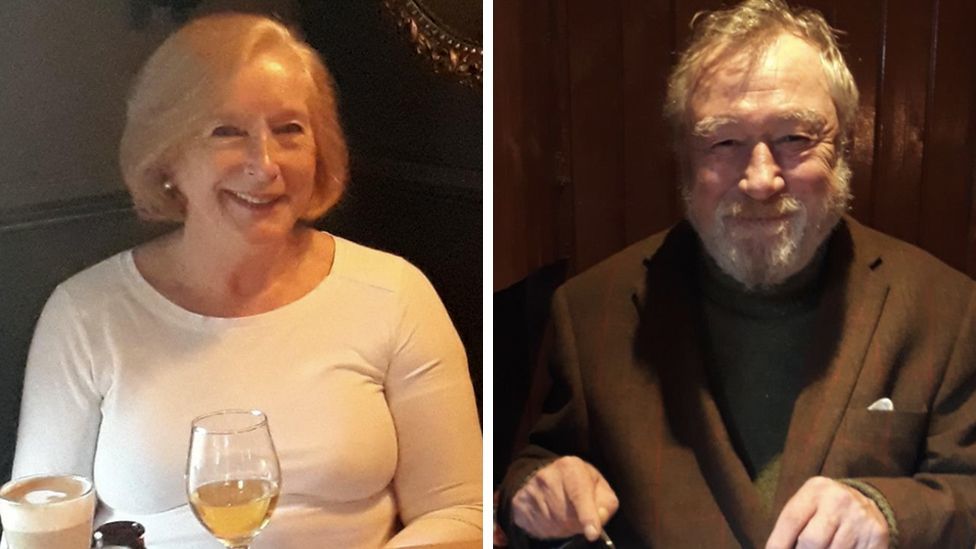 The body of Clive Warrington, 67 was found at Sherborne Place in Cheltenham by police at 06:25 GMT.

Officers then discovered the body of his ex-wife, Valerie Warrington, 73, at a property in Bourton-on-the-Water in the Cotswolds shortly afterwards.

A man from Cheltenham has been arrested on suspicion of murder in connection with both deaths.

Supt Roddy Gosden, of Gloucestershire Police, said the man was known to the victims and they were not currently looking for anyone else.

He appealed for anyone with information to come forward. 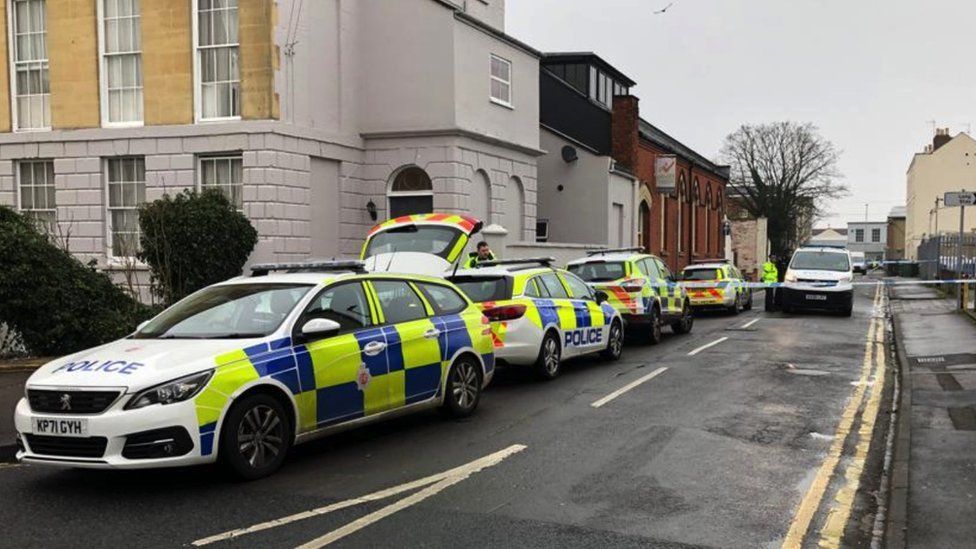 It's no more than 200 yards (182m) from John Lewis in the centre of Cheltenham to the victim's home on Sherborne Place where the man's body was found early this morning.

So, shoppers coming and going in cars had to be patient as they weaved their way round police cordons, watching a dozen or so officers in red jackets searching for clues and knocking on doors.

Some knew of Clive Warrington but no one saw or heard anything early in the morning when the paramedics arrived and declared him dead from stab wounds.

Later, Supt Gosden read a prepared statement, explaining they had found another body with stab wounds 15 miles away in Bourton-on-the-Water, that of 73 year old Valerie Warrington, who had been married and divorced from Clive.

"A devastating time," said the officer in charge. 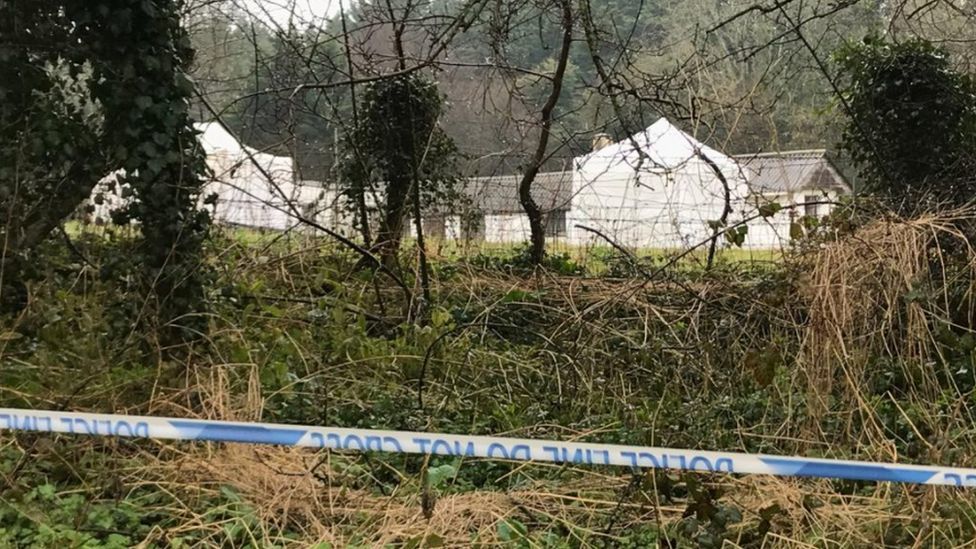 He said: "Family members have been informed and our thoughts go out to them at this devastating time.

"This has been a challenging situation and we will be providing support to officers and all those who have been impacted by these incidents.

"Understandably people will be shocked to hear that two lives have been lost in such a tragic way."

Cordons will remain in place at the scene for a number of days and officers will be in the local communities to provide reassurance, Supt Gosden added. 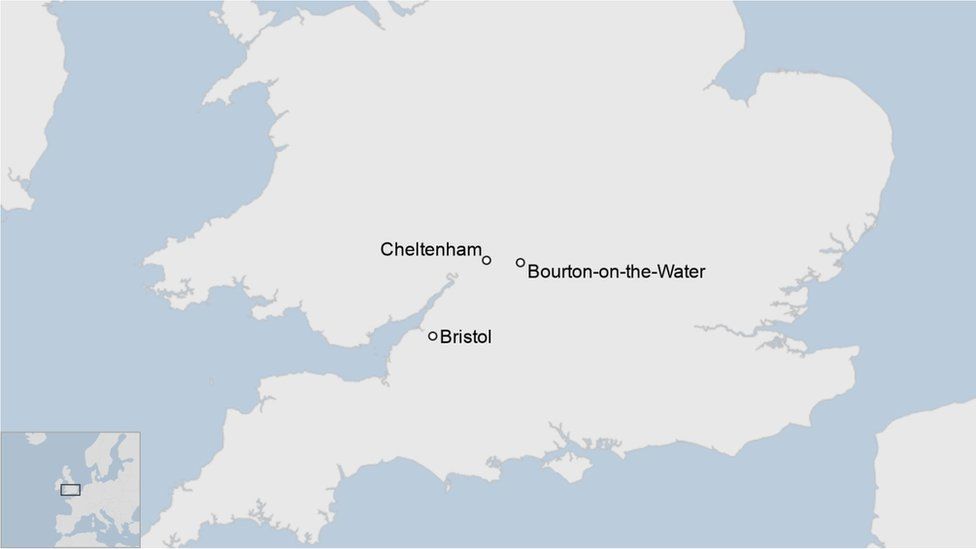