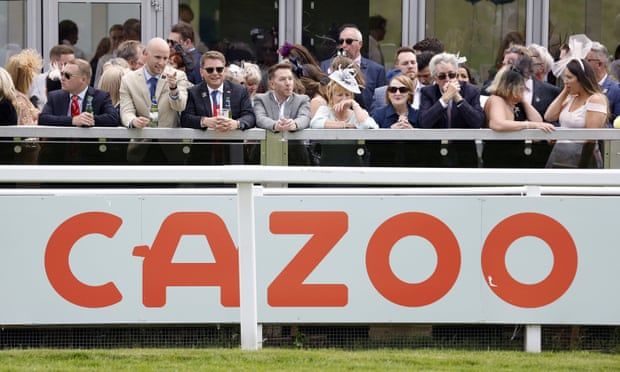 Digital dealers: is the online car sales revolution running out of road?

Aston Villa versus Everton is not usually considered to be among the Premier League’s biggest games, but it would probably have felt like a big deal to Alex Chesterman: both teams’ shirts were bore the name Cazoo, the online used-car retailer founded by the serial entrepreneur.

The Cazoo derbies, both won by Villa this season, were the product of a marketing blitz, as the new company and its rivals raced to disrupt the secondhand car market.

Yet Cazoo workers could think the money would have been better spent elsewhere: the company cut 750 jobs on Thursday as it warned a recession may delay its first profits.

The company’s struggles are part of a broader stock market rout, but Cazoo is not the only online used-car dealer in difficulty. A steady flow of bad news has led to questions over whether the pandemic-induced boom in online car sales can endure.

In the UK, Peter Waddell, the founder of Carzam, blamed rival Cazoo’s troubles for his inability to raise more investment, forcing him to put the startup into receivership last week. Cazoo’s value has slumped from $7bn last year when it listed its shares in New York via a merger with a cash shell to $900m.

Rising interest rates, which tend to make investors focused on shorter-term survival rather than longer-term growth potential, have explained some of the stock rout in digital companies, ranging from the online car dealers to prominent pandemic winners such as exercise bike maker Peloton and grocery retailer Ocado.

However, analysts are increasingly wondering whether the online revolution can upend the used car industry in quite the same way as other forms of retail.

Data from Dealogic shows that car retail mergers and acquisitions activity has slumped from deals worth $10.6bn in 2021 to $1.8bn in the first half of 2022, putting the industry on track for its slowest rate of activity since 2017. 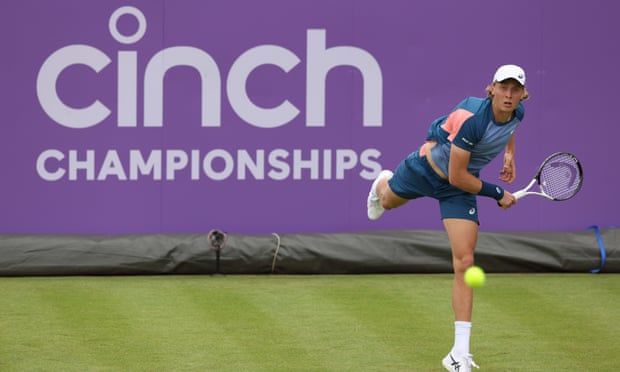 Cinch sponsorship at a tennis tournament at the Queen’s Club, England.

“The gap between the digital model and the old-school retailers closed so quickly,” said Ian McMahon, a partner at accountancy firm UHY Hacker Young. Traditional car dealers had a torrid time during lockdowns, but now they have spent on upgrading their systems and can offer the same services.

One of the main attractions of online retail is lower spending, compared with running an extensive and expensive network of shops.

But you only need to look again at sport to see how any cost saving can be quickly spent elsewhere, McMahon said. There are potential Cazoo football derbies in France and Spain – not to mention sponsored darts, rugby league, cricket, snooker, horse racing, golf and even fishing, although Cazoo’s Everton sponsorship has now ended, replaced last week by casino and sports betting platform Stake.com.

Carvana has a Nascar driver and even a pickleball tournament – as well as an ad slot at American football’s Super Bowl, a rite of passage for companies who want to show they have arrived in the big time.

Compared with physical sellers, online dealers need many more potential buyers to make the same number of sales. The proportion of visitors converted into buyers online is thought to be about 1%, compared with 30% for physical dealers.

Cazoo spent £65m on marketing in the 2021 financial year – or more than £1,300 per vehicle sold. It made profits on each car of only £124, less than a tenth of what traditional dealerships can make, according to an industry veteran.

Combining their networks of stores with slicker online operations could give traditional dealers more of an advantage, said Olaf Sakkers, a cofounder of transport-focused venture capital investor RedBlue.

Used-cars are particularly tricky to sell fully online because of the bewildering combination of options possible for any single model, and also because some of the digital habits formed by necessity during lockdowns have not endured, he added.

Vertu gives customers the option of physical, online or a hybrid of both. Of 89,000 used-car sales at Vertu last year, only 900 were made without a visit to a showroom at some point. “Bricks and clicks is the way forward,” said Forrester. “Full stop. End of.”

Cars are the largest purchases most people make after a house. That means that the classic internet model of shipping from a distant warehouse is not viable. Online dealers have quietly acknowledged this by buying up physical dealerships to serve as collection points.

Mike Allen, head of research at Zeus Capital, an investment bank, said that having a salesperson to guide people could be particularly useful for electric cars, which will be unfamiliar to the vast majority of buyers.

Tom Leathes, chief executive of Motorway, is still hiring at his online car sales platform, which allows people to auction their cars to professional dealers. His company does not face the financial risks associated with finding and owning stock that can depreciate in value, but he said the tide has turned for other startups looking to fund asset-heavy growth models.

“We’ve seen a change in that vibe, for sure,” he said. “No one wants to be fundraising right now.”

Yet Leathes added that he believes the disruption to the used-car industry from online sales will be lasting.

“The car industry was lagging behind almost all major consumer sectors for a long time,” he said. “We’re still at the start of the shift to the online economy.”