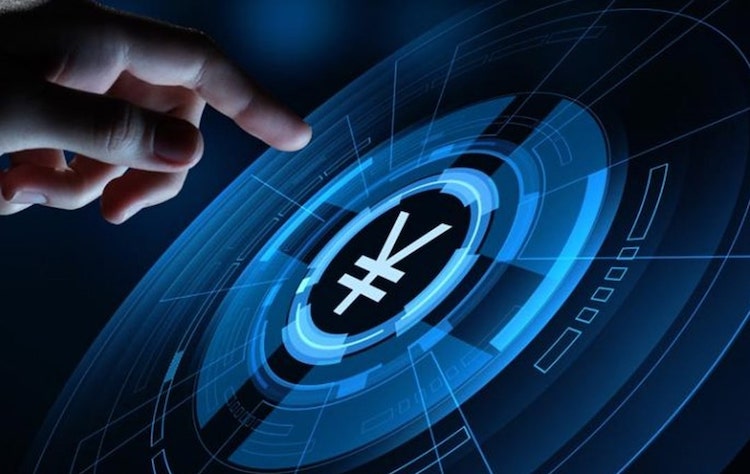 Did China Initiate Crypto Crackdown to Clear the Way for Its Own CBDC?

The top executive at Jefferies, Christopher Wood, thinks that China is not interested in Bitcoin's carbon emission, but that the ultimate motive is to launch digital yuan as CBDC.

The financial analyst and Global Head of Equity Strategy at Jefferies, Christopher Wood, recently pointed out that the Chinese officials want no competition for its digital renminbi. This is the real reason for the crackdown on bitcoin and other cryptocurrencies.

China Doesn’t Care About Carbon Footprint, but its CBDC

Wood, who is known as a prominent financial analyst focused on the Asian market, surmised that there is more to the story behind China’s negative stance against crypto mining and trading. In his opinion, the Chinese authorities do not truly care about CO2 emissions and the environment as they may have claimed before. The whole focus is to neutralize the competition to its own digital yuan as CBDC:

“Certainly, the decentralized aspects of blockchain technology, which is so appealing to libertarians opposed to fiat currencies as state monopolies, is the complete antithesis of China’s collectivist system.

The People’s Republic of China clearly understands this. This is certainly a far more important issue to Beijing than the carbon generating aspects of bitcoin mining.”

Wood predicted that the most populated country is very close to launching its CBDC as he expects that to happen at the end of 2021:

“China does not want any competition when it launches the digital renminbi nationally, most likely in the fourth quarter of this year.”

In fact, China launched their CBDC in all quietness as a trial with Bank of China, without much of media attention, perhaps on purpose, but then withdrew from wider adoption.

Compared to China, the Wood expects the US to be far more flexible and accommodative towards cryptocurrencies. He noted that such bans are not likely to happen in western countries.

While he may be right that full ban on crypto in western countries is unlikely to happen, but they might be more likely to pose very heavy regulation on crypto, forcing it to be part of the existing financial system – exactly opposite of the original idea of cryptocurrency.

In late May, the Financial Stability and Development Committee of the State Council of China reiterated the ban on Bitcoin mining and trading. A local journalist noted that “this is the first time that the highest level of the Chinese Government has clearly proposed a blow to the mining industry.” Following the announcement, bitcoin’s dollar value plummeted by nearly $5,000 in a matter of one hour.

The fiat currency price of the primary digital asset suffered another significant blow last week when the Agricultural Bank of China announced a ban on crypto usage. The third-largest bank in the country disallowed its customers to interact with bitcoin and other digital assets.

The crypto community speculated that the giant state-run bank intensified its adverse crypto stance because of the incoming digital yuan. It comes as no surprise that the third-largest Chinese bank is actually working on the e-yuan and has launched previous tests.

Source: Did China Initiate Crypto Crackdown to Clear the Way for Its Own CBDC? – Fintechs.fi

Oh ya 30 days ago
Panatimes is there anything happening in the world other than crypto and fashion? Your site is off the rails. It is called panatimes because it should cover some news about Panama
View all comments (1)Add comment