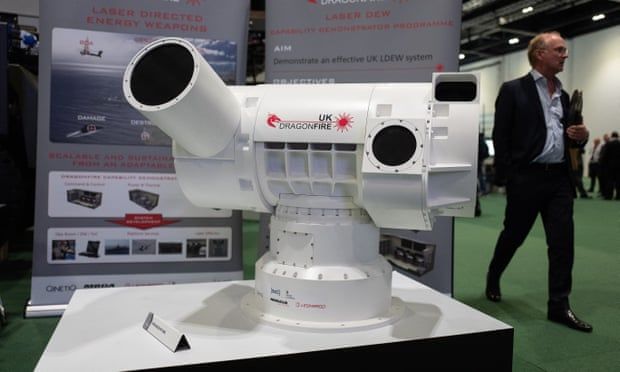 Defence research agency for 'high-risk' projects on cards for UK

Legislation to pave the way for a US-style defence research agency to back high-risk research projects is set to be announced, government sources confirmed.

The idea, which was in the 2019 Conservative manifesto, was the brainchild of Boris Johnson’s former chief adviser, Dominic Cummings, who has written extensively about the success of the US Defense Advanced Research Projects Agency (Darpa).

Some commentators had expected it to be quietly shelved after Cummings’ departure from No 10 but ministers said they thought it would help the UK to be at the cutting edge of developing technologies.

An announcement from the business secretary, Kwasi Kwarteng, could be made as soon as this week, with £800m of funding set aside. The UK version is expected to be called the Advanced Research and Invention Agency (Aria).

Kwarteng’s intention is for the agency to be free of some of the rules that usually govern investments made with taxpayers’ money so that it can back projects in the knowledge that they could fail, government sources said.

The agency is also expected to be exempted from the Freedom of Information Act – a move that will raise concerns that it could become a secretive nexus between the government and arms industry.

The Conservative manifesto said the agency would “support blue skies research and investment in UK leadership in artificial intelligence and data”.

Darpa, which has existed for more than 60 years, works closely in the US with private-sector firms and has been involved in the early-stage development of many technologies originally created for defence purposes but which have had much wider use.

In a 2017 blogpost, Cummings wrote: “In the 1960s and 1970s a combination of unusual people and unusually wise funding from ARPA created a community that in turn invented the internet … and the personal computer.”

Cummings said he believed freeing the UK from the constraints of EU state aid rules after Brexit would allow taxpayers to back creative early-stage research.

When Cummings left Downing Street last year there was speculation that he might be given the plum job of leading the powerful new agency, but government sources played that down on Wednesday.

“The agency is independent of government. It will have its own chair and chief executive – that’s for the agency to decide,” a business department source said. The hope is for the new body to be up and running by 2022.

During last year’s general election campaign Johnson claimed leaving the EU would make it easier for the government to back businesses.