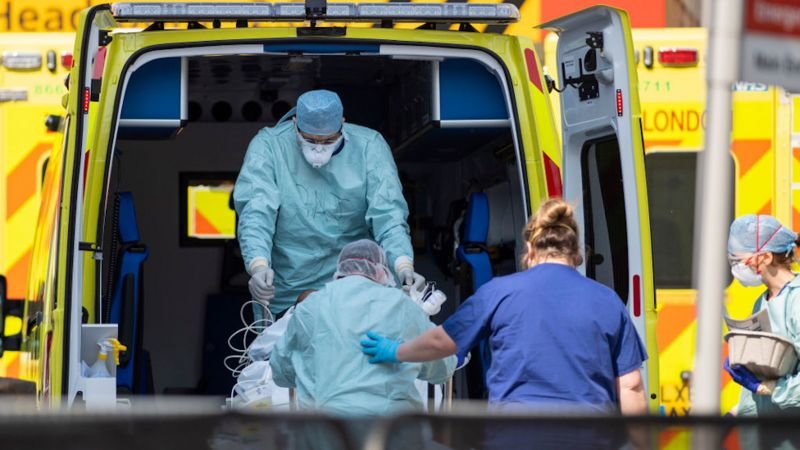 Data from national statisticians show there were almost 14,000 deaths in the week ending 13 November.

Some 2,838 of the deaths involved Covid - 600 more than the preceding week, according to the analysis of death certificates.

The North West and Yorkshire have seen the most excess deaths.

The number of deaths in both regions were more than a third above expected levels.

By comparison, the number of deaths in the South East was just 2% above the five-year average. 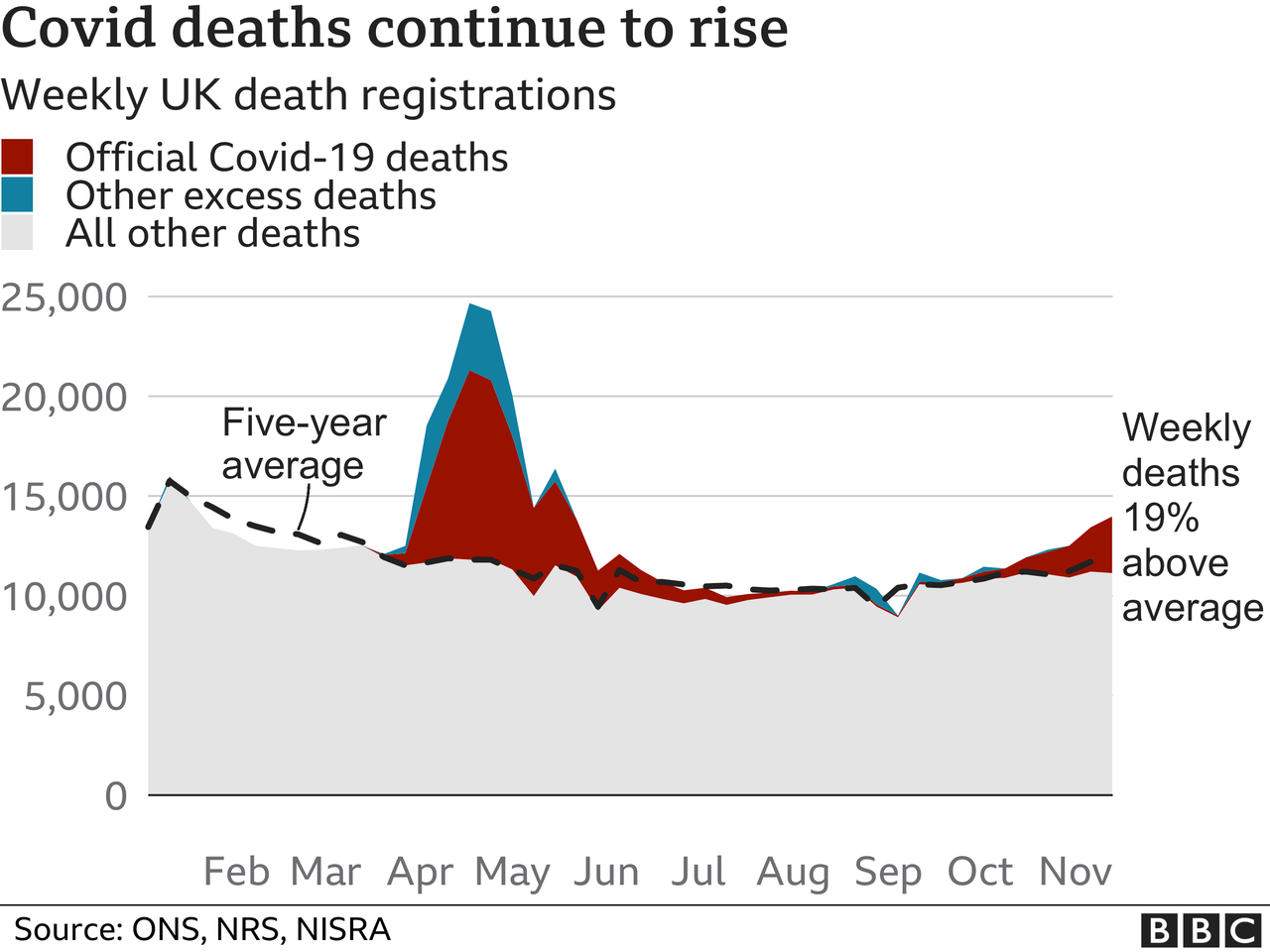 But there is hope the rise in the number deaths may soon start slowing.

The daily figures published by government - which rely on positive tests - show deaths are not rising as quickly as they were, and may be levelling off.

And unlike in the first wave, when the lack of testing meant the government figures underestimated the number of Covid deaths, the two sets of data are mirroring each other.

Sarah Scobie, of the Nuffield Trust health think tank, said: "Despite the end of the second national lockdown in England coming into focus, today's figures are a sobering reminder of the dreadful impact of this virus.

She said the high number of deaths was "piling on the pressure" on the NHS.

"For some hospitals, particularly in Covid hotspot areas, it will feel as if they are in the depths of winter already."