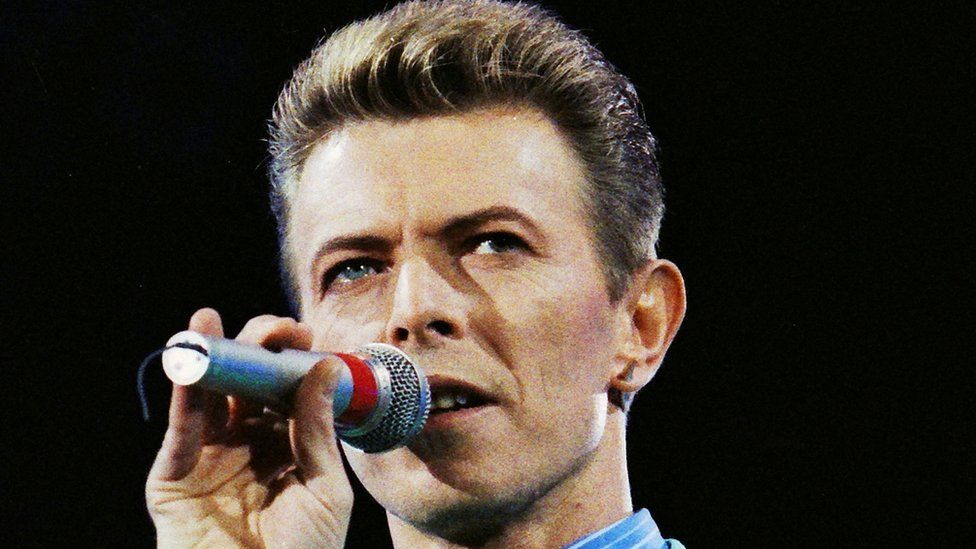 David Bowie's estate has sold the publishing rights to his "entire body of work" to Warner Chappell Music, including hundreds of songs such as Space Oddity, Changes and Let's Dance.

Variety suggested the deal was worth "upwards of $250m (£185m)", but the terms of the agreement were not given.

WCM head Guy Moot said they were "proud" to be "chosen as caretakers".

Bowie died of cancer in 2016. He was hailed as an extraordinary artist and genius in a huge global outpouring of tributes from fellow music stars, including Sir Paul McCartney, the Rolling Stones, Brian Eno and Madonna among others. 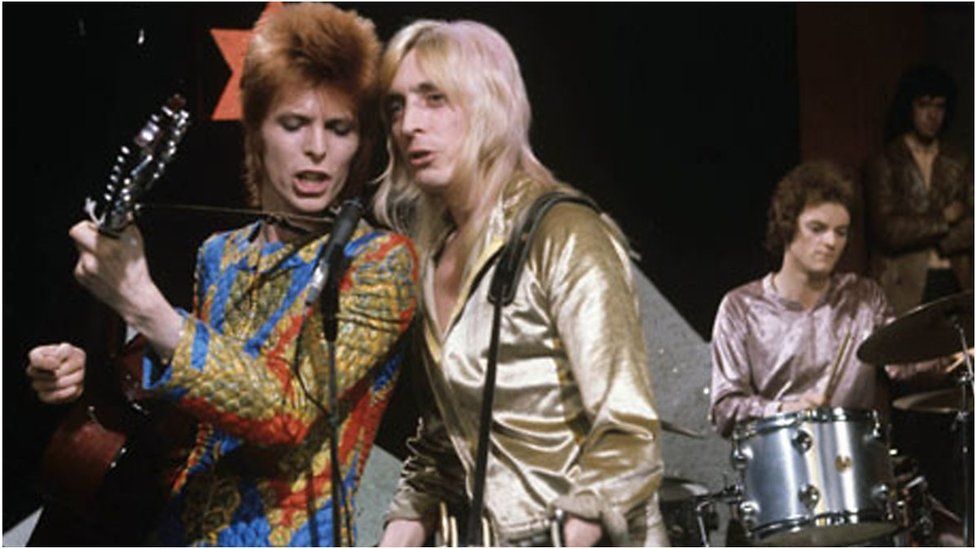 Bowie [L] performed Starman on Top of the Pops in 1972

The agreement with WCM includes the 26 studio albums released during Bowie's lifetime and the posthumous studio album release, Toy, plus the two studio albums from Tin Machine - the rock supergroup fronted by Bowie.

Tracks released as singles from soundtracks and other projects are also included.

Given the ups and downs of the music industry over the last 20 years, the appeal of a big cheque is, perhaps, unsurprising - especially for 'heritage' acts.

Streaming may not quite have replaced the billions lost by the decline of the CD, but it is, for many established artists, proving to be a regular, and largely recession-proof, income stream; and for record labels and a number of new firms who have entered the market, this is, they think, a lucrative asset.

With the music industry becoming ever more complicated, with licensing deals over streaming, adverts, films, video games and online video to negotiate, the artists - or their estates and families - have a large and hassle-free deposit in the bank, and the complicated job of turning music into money is left to the experts.

With Spotify adding 60,000 songs to its catalogue every day, the chance of a new act making a splash seems tougher than ever - legacy artists with 50 years of fame and proven sales look like a relatively safe bet.

Bowie released a total of 111 singles, averaging two per year during his career, and 51 music videos.

Moot, who is WCM's co-chairman and chief executive, said Bowie's was "one of the most ground-breaking, influential, and enduring catalogues in music history", adding he had "inspired millions of fans and countless innovators, not only in music, but across all the arts, fashion, and media".

"These are not only extraordinary songs, but milestones that have changed the course of modern music forever," he said.

He described Bowie's "vision and creative genius" driving him to "push the envelope, lyrically and musically - writing songs that challenged convention, changed the conversation, and have become part of the canon of global culture".

The executive added they were looking forward to "tending his unparalleled body of songs with passion and care".

WCM said the agreement followed last year's announcement of a deal between Bowie's estate and Warner Music Group [WMG], for it to oversee his full back catalogue of albums between 1968 and 1999.

"Warner Music has licensed worldwide rights to Bowie's recorded music catalogue from 1968. With this new deal with Warner Chappell, WMG is now home to Bowie's body of work as both a songwriter and recording artist," WCM added.

Warner Chappell Music is the global music publishing company of Warner Music Group. WCM co-chair and COO Carianne Marshall said they were "pleased" the estate felt they had the " knowledge, experience, and resources to take the reins and continue to promote a collection of this stature".

She called Bowie's music a "living, breathing collection of timeless songs that are as powerful and resonant today as they were when they were first written".

Allen Grubman , speaking on behalf of Bowie's estate, said: "We are truly gratified that David Bowie's body of music will now be in the capable hands of Warner Chappell Music Publishing. We are sure they will cherish it and take care of it with the greatest level of dignity."

Bowie's innovation was not just in the recording studio and in front of the camera - he was also involved in the world of finance. In the mid-90s, Bowie, his financial manager Bill Zysblat, and banker David Pullman came up with a new scheme to generate cash from the singer's extensive back catalogue. 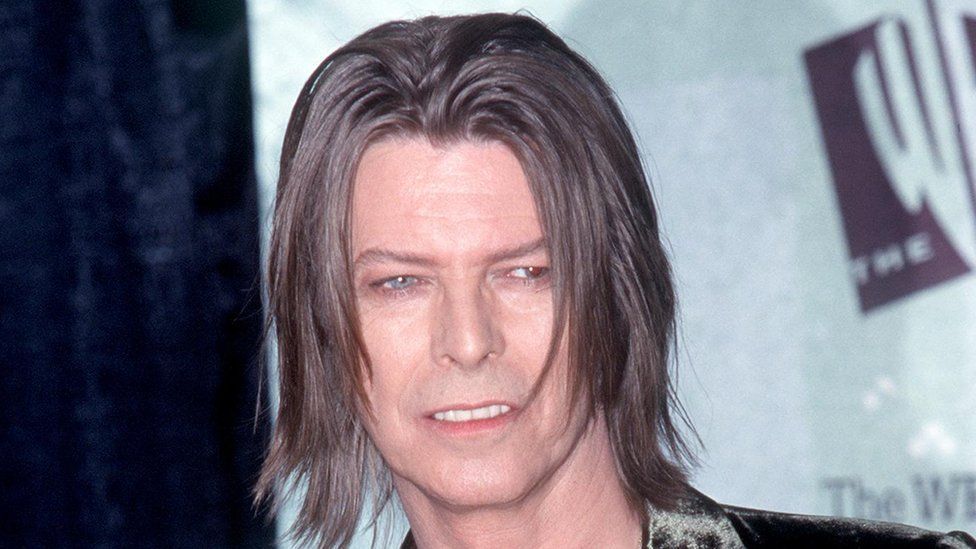 Bowie introduced the bonds in the late 1990s

In 1997, Bowie sold asset-backed securities, dubbed "Bowie bonds", which awarded investors a share in his future royalties for 10 years. The securities, which were bought by US insurance giant Prudential Financial for $55m, committed him to repay his new creditors out of future income, and gave a fixed annual return of 7.9%.

He struck a deal with record label EMI which allowed him to package up and sell bonds on royalties for 25 albums released between 1969 and 1990 - which included classics such as The Man Who Sold The World, Ziggy Stardust, and Heroes, according to the Financial Times.

But in 2004, rating agency Moody's Investors Services downgraded Bowie bonds to only one level above "junk", the lowest rating, after a downturn in the music industry.

Bowie had already predicted the decline in traditional music sales, telling the New York Times in 2002 that music would become "like running water or electricity".