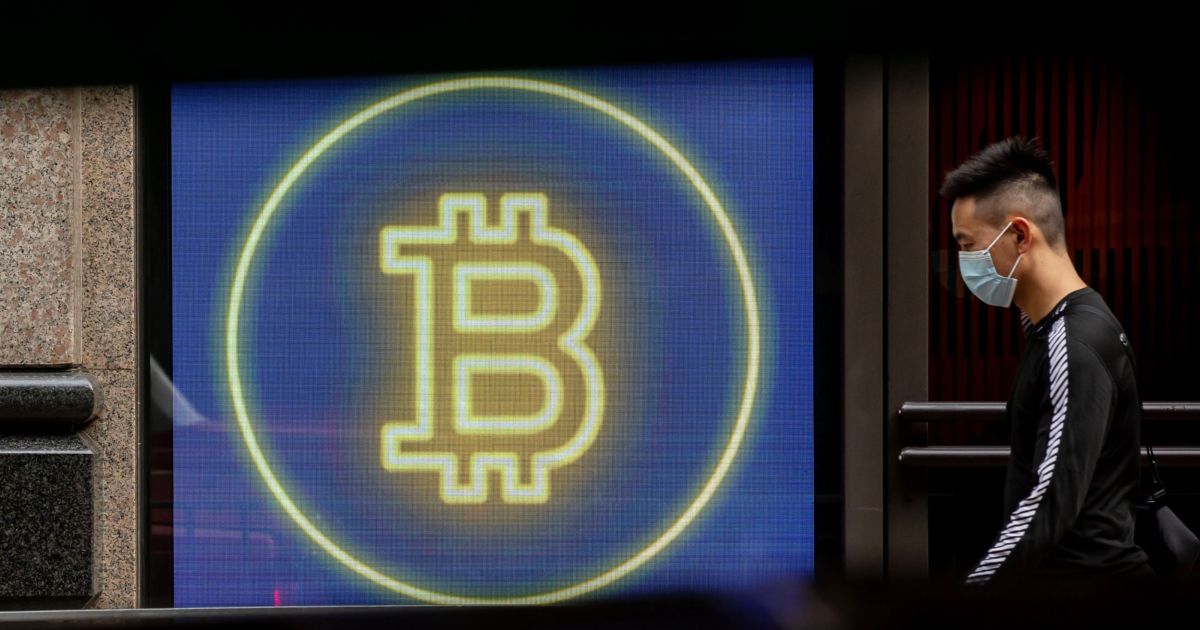 The selloff in cryptocurrencies is part of a wider global flight from riskier investments.

Bitcoin extended losses, dropping below $31,000 for the first time since July 2021, putting its decline from a November record high to more than 50% amid a global flight from riskier investments.

“We’re seeing a slow motion meltdown, partially because it’s mostly been long holders selling” instead of levered liquidations, said Josh Lim, head of derivatives at New York-based brokerage Genesis Global Trading. “Now that some corporate treasuries are hovering near their cost basis, markets are waiting and watching to see if shareholders will force some de-risking.”

Michael Novogratz, the billionaire cryptocurrency investor who leads Galaxy Digital Holdings Ltd., warned that he expects things to get worse before they get better.

“Crypto probably trades correlated to the Nasdaq until we hit a new equilibrium,” Novogratz said on Galaxy’s first-quarter earnings call on Monday. “My instinct is there’s some more damage to be done, and that will trade in a very choppy, volatile and difficult market for at least the next few quarters before people are getting some sense that we’re at an equilibrium.” 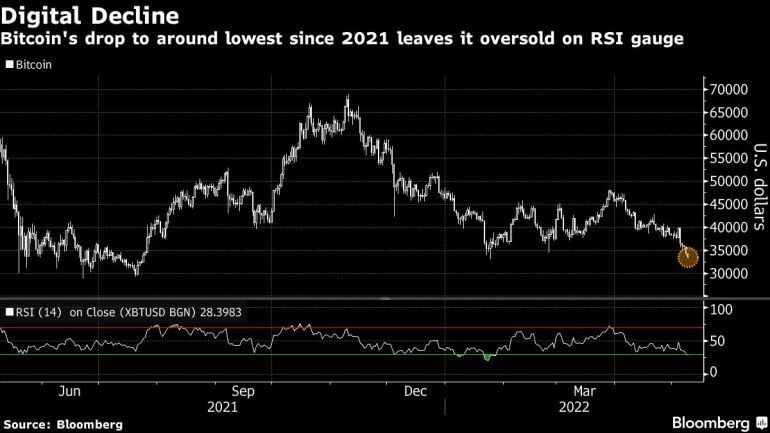 Tightening monetary policy to combat runaway inflation and ebbing liquidity are turning investors away from speculative assets across global markets.

Do Kwon, the founder of Terraform Labs, which powers the Terra blockchain, is moving to shore up its algorithmic stablecoin after the cryptocurrency lost its peg to the dollar amid the markets rout.

Luna Foundation Guard, the association created to support the decentralized token and Terra blockchain, said it will issue loans worth about $1.5 billion in Bitcoin and TerraUSD to help strengthen TerraUSD’s peg after it dropped below a $1 on Saturday as crypto markets continued to plummet. Kwon captured the attention of the crypto world earlier this year by pledging to buy as much as $10 billion in Bitcoin to prop up Terra.

“We’re watching carefully to see how the market fares over the next 24 hours,” Steven Goulden, senior research analyst at crypto market maker Cumberland DRW, said in an email. “Including whether mechanisms being introduced to help increase reliance, such as LFG lending out Bitcoin to OTC trading firms, will be enough to hold in times of deep stress or if we need additional stabilization mechanisms.”

Rising interest rates are giving individual and institutional investors pause for thought about the crypto market outlook, according to Edul Patel, chief executive officer of Mudrex, an algorithm-based crypto investment platform. Bitcoin’s more than 30% decline in 2022 compares with a retreat of more than 10% in global bonds and shares, and a 2.5% advance in gold.

“The downward trend is likely to continue for the next few days,” he said, adding Bitcoin could test the $30,000 level. 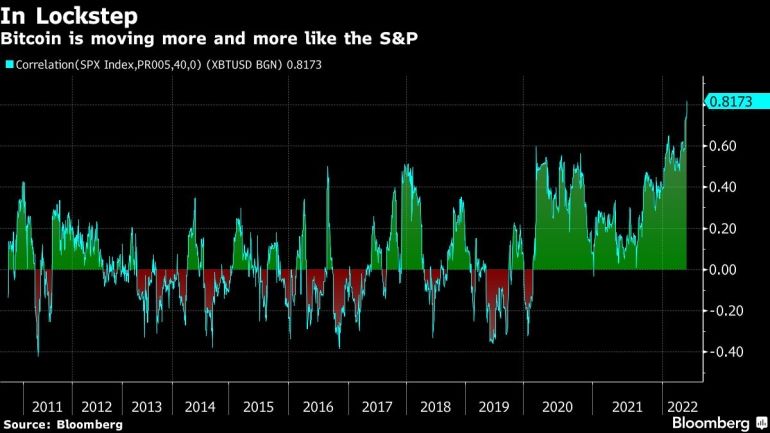 Bitcoin’s recent decline puts it at risk of firmly dropping out of the range where it’s been trading in 2022, completely reversing the most recent bull run that drove the token to a record of almost $69,000 in November. With its 40-day correlation with the S&P 500 stock benchmark at a record 0.82, according to data compiled by Bloomberg, any further hit to equities sentiment would risk dragging Bitcoin down as well.

A correlation of 1 means two assets move in perfect lockstep; a reading of -1 means they move in opposite directions.