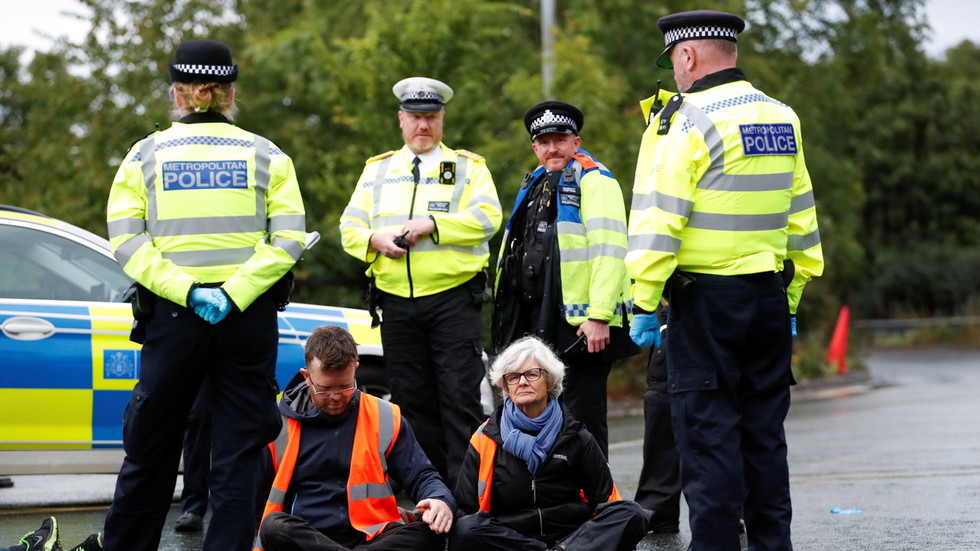 Environmental protesters who caused serious disruptions to major routes into London have “crossed the line” of exercising their right to protest by wreaking havoc on the capital’s key roads, Britain’s policing minister has said.

Speaking to Sky News on Tuesday, Kit Malthouse condemned the actions of protesters from environmental group Insulate Britain, stating that there is a difference between “the right to protest and the right to cause damage.”

He went on, stating that the protesters have “crossed the line” regarding their responsibility towards the rest of the public.

"We believe that these protesters and some of the others that we’ve seen in the last couple of years have crossed the line between exercising their right but also their responsibility towards the rest of us, and something needs to be done."

To tackle the havoc, the minister revealed that “today we’re going to be announcing a raft of new measures... that we think will deal with this problem, specifically recognising the disruption of infrastructure and disruption of the strategic road network.”

Malthouse’s remarks emerge as around 50 eco-activists from Insulate Britain took their demonstrations to some of the capital’s key arteries on Monday, with protesters reported at locations such as the Blackwall Tunnel and Wandsworth Bridge.

Home Secretary Priti Patel has also spoken out against the actions of the organisation, vowing on Sunday that the government “will not tolerate guerrilla tactics that obstruct people going about their day-to-day business.”

On Saturday, National Highways was granted a new injunction against protesters by the court, meaning that activists could face imprisonment or an unlimited fine if they hold a demo on the 4,300 mile Strategic Road Network linked to the M25 in the South East.

Protests by the group, who are pushing for the UK government to insulate homes nationwide, deemed an integral part of reducing carbon emissions, have seen several days of disruption on the busy M25 London orbital.

Insulate Britain members have also taken their demo to the Port of Dover, one of the UK’s most important gateways to Europe, where they blocked the entrance to the harbour at the end of September.