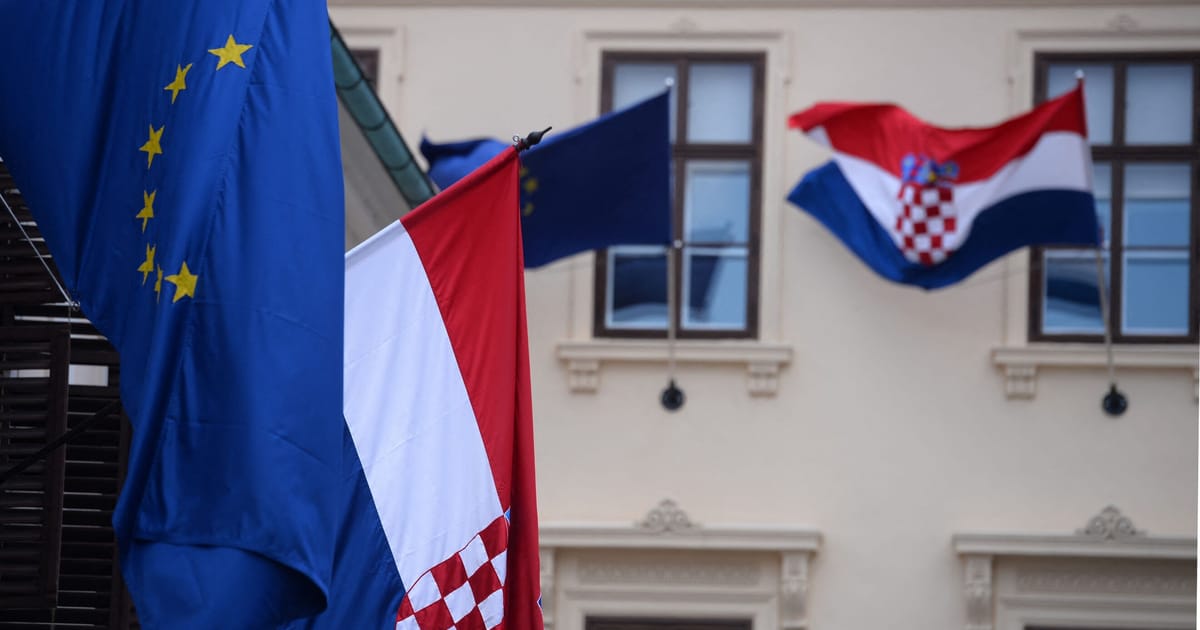 The Council of the EU, which represents EU countries, revealed the decision Thursday afternoon.

“I am confident that these successes will pave the way for other member states who fulfill the conditions to take the next step in their European journeys,” said Vít Rakušan, interior minister for the Czech Republic, which currently holds the EU’s rotating presidency.

“My colleagues and I will continue to work hard to ensure that we can welcome Bulgaria and Romania into the Schengen family in the near future,” he added.

The announcement came as justice and home affairs ministers were meeting in Brussels to discuss a planned expansion of the Schengen zone, which allows borderless movement between 26 mostly EU countries.

The original plan had been to admit Croatia along with Romania and Bulgaria as a package deal. But that scheme fell apart after Austria vowed to veto Romania and Bulgaria’s accession, arguing that the countries were failing to handle a surge in migrants coming to the EU.

One EU diplomat said a final decision on Romania and Bulgaria was put off because of objections from two countries. In addition to Austria, the Netherlands has also previously expressed opposition to Bulgaria’s admission.

“The positions have not changed: The fate of Bulgaria and Romania is postponed,” the diplomat said, adding that two countries had blocked their advancement.

“The presidency has tried everything to change positions, in vain,” the diplomat added, recounting that there was “a certain bitterness in the room.”

For Croatia, the decision represents the second major step the country has taken this year toward European integration — it was already given the green light in July to join the euro currency in 2023.

With Croatia’s admission, the Schengen zone will soon include 23 EU countries, as well as a handful of non-EU countries like Switzerland and Iceland.

In the run-up to the meeting, officials were still holding out hope that even if Romania and Bulgaria didn’t get a formal green light, they could still agree on a timeline to admit the countries. But that appears to not have happened.

The European Commission, the EU’s executive body, has already endorsed all three countries for membership. But decisions regarding Schengen enlargement ultimately need unanimous support from all 27 EU member countries.

At the conclusion of Thursday’s meeting, European Commissioner for Home Affairs Ylva Johansson expressed regret at the outcome and vowed to press ahead with Romania and Bulgaria’s membership bids.

“They have fulfilled all the requirements necessary,” she told reporters. “They deserve to be part of Schengen.”

Johansson expressed hope the issue would be resolved before her current term expires in mid-2024.

“I’m sure that we will succeed,” she said. “The sooner it can be achieved the better.”

Despite her optimism, Romania and Bulgaria were both left grumbling on Thursday night. Romania, especially, has expressed frustration in recent days as its Schengen bid hit 11th-hour snags.

In a statement late on Thursday, Romanian President Klaus Iohannis called the outcome “profoundly unfair for our country and for Romanian citizens.”

Romania, Iohannis noted, had done everything asked of it, citing the Commission’s own evaluation. And he trained his ire on Austria, saying the country had chosen to “ignore these realities” — a decision he dubbed “inexplicable.”

He added: “The regrettable and unjustified attitude of Austria in today’s meeting risks affecting European unity and cohesion, which we need so much, especially in the current geopolitical context.”
Add Comment