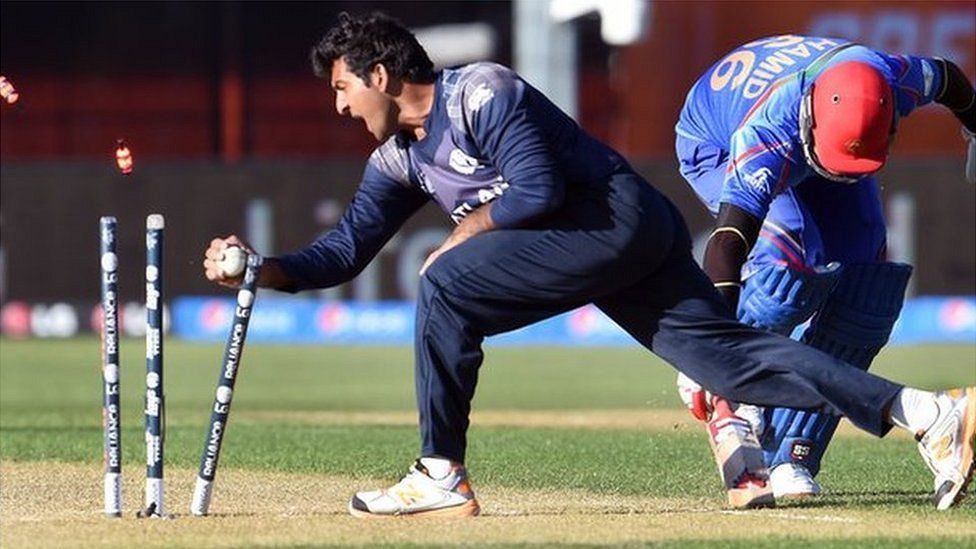 An independent review into allegations of racism in Scottish cricket has found the governance and leadership of the sport to be institutionally racist.

It also concluded that those who raised issues were ignored or side-lined and a culture of "racially aggravated micro-aggression" was allowed to develop.

It was commissioned by Sportscotland after a number of allegations were made last year.

An anonymous survey was carried out as part of the review, with 62% of those who responded saying they had experienced, seen or had reported to them incidents of racism, inequalities or discrimination.

Equality and diversity group Plan4Sport, which carried out the review for funding body Sportscotland, found:

*  A lack of any equality, diversity and inclusion (EDI) or anti-racist training in place for board, staff, volunteers, players, coaches or umpires;


*  No consistent mechanism or process for handling racist incidents;


*  A lack of diversity from board level to coaching;


*  Lack of transparency in the selection process in the talent pathway and the absence of a single uniform approach to selection.

The entire Cricket Scotland board resigned on Sunday, ahead of the publication of the report Changing the Boundaries.

The operation of Cricket Scotland has now been placed in special measures, which means Sportscotland has effectively taken control until October 2023.

A new Cricket Scotland board must be in place by September 2022 and consist of 40% male and 40% female, with at least 25% from an ethnic minority.

Special measures are also being placed on Western District Cricket Union, which has a temporary suspension from managing their own disciplinary matters, and must complete an independent review into its governance by the end of September.

Majid Haq and Qasim Sheikh, two Scottish cricketers who have spoken openly about being racially abused, have said they would like a public apology for what they went through. They told a media conference following publication of the review that they wanted to see Scottish Cricket "improve and be equal for everyone".

Almost 1,000 people gave evidence in the inquiry commissioned following allegations, including from all-time leading wicket-taker Haq - of racism and discrimination.

Mr Haq represented Scotland on more than 200 occasions but did not play again after being sent home from the 2015 World Cup. At the time he hinted he felt victimised on grounds of race.

His testimony led to changes in Yorkshire's leadership; Headingley being temporarily stripped of hosting international matches, and the England and Wales Cricket Board putting together a 12-point plan to tackle racism in the game.

A total of 68 concerns raised during the review in Scotland were referred for further inquiry, some to Police Scotland. They related to 31 allegations of racism against 15 different people, two clubs and one regional association.

One incident reported to the police has already led to a person appearing in court.

Ch Insp Jim McMillan, from Police Scotland's equality and diversity division, said: "Officers have been liaising with the investigating team and will continue to engage as necessary."

Parvase Majeed, who is taking legal action over discrimination he said he experienced while umpiring for Western District Cricket Union, told BBC Scotland his experiences in cricket had had a profound impact on him.

He explained: "I'm much more conscious now of the colour of my skin and the fact that... I'm born in this country but come from an immigrant background. I think that's quite a damming statement for somebody who's spent his whole life trying to fully integrate into society."

Plan4Sport said its "view was clear" that the "governance and leadership practices of Cricket Scotland have been institutionally racist".

The body's director Louise Tideswell said that her team had seen bravery from "so many people" who had come forward to share stories that had "clearly impacted on their lives".

She added: "People who have loved cricket and, despite the many knockbacks, continued to try and make progress, umpires who committed so many hours even though promotion never came, and players who saw or heard racism and hostility, but kept coming back to play."

Ms Tideswell said that by failing to see problems, the leadership of the organisation"enabled a culture of racially aggravated micro-aggressions to develop".

However, she pointed out that there were "many outstanding clubs and individuals" delivering local programmes..

Sportscotland, which is run on Scottish government and National Lottery funding, provided more than £500,000 to Cricket Scotland between 2019 and 2020.

Stewart Harris, chief executive of Sportscotland, said the findings were "deeply concerning and in some cases shocking".

'Diversity just does not exist'

Campaigners Running Out Racism welcomed the report, saying it "confirms independently the issue we've been campaigning on for some months - that the sport we love has systematic failings in the way it treats people, on the basis of race".

Speaking on Good Morning Scotland, the group's Paul Reddish said: "At every level where the decision making happens diversity just does not exist."

He added that some of the issues in Scotland were raised before Assem Rafiq made a stand in England, and added: "It's just that they were not listened to."

Cricket Scotland's board resigned with immediate effect on Sunday morning, ahead of the report's publication.

A board statement said: "We are all truly sorry and have apologised publicly to everyone who has experienced racism, or any other form of discrimination, in cricket in Scotland."

However, they raised concerns that plans to find a speedy resolution to the racism issues, and to modernise the governance of the sport were "unachievable within the timetable proposed and the current governance framework".

He said: "The racism and discrimination that has taken place in the sport that we all love should never have been allowed to happen, or to go unchallenged for so long."

"The victims will expect action - not words," he said.

"Every recommendation must be actioned and reflected across other sports and sectors."

Even before this report was commissioned, I know Sportscotland were extremely concerned about what could be happening within Scottish cricket.

The publication of the review shows why they were right to fear the worst.

One person close to the review told me that cricket governance in Scotland feels very much like an old boys network: Resistant to change, oblivious to obvious problems and in no way representative of most who are keen to play the sport.

It's vindication for those who raised concerns but people who see this as a no more than a wake up call for cricket in Scotland may be missing the bigger picture.

If, after the release of one of the most damning reports into the governance of Scottish sport, other governing bodies across Scotland aren't looking at the how they deal with racism or fail to take note of the diversity make up of their own board of directors, it's likely that someone else might be, very soon.

What is institutional racism?

Sir William MacPherson, who was appointed to lead the inquiry into the 1993 murder of black teenager Stephen Lawrence, defined institutional racism.

He said it was: "The collective failure of an organisation to provide an appropriate and professional service to people because of their colour, culture or ethnic origin. It can be seen or detected in processes, attitudes and behaviour which amount to discrimination through unwitting prejudice, ignorance, thoughtlessness and racist stereotyping which disadvantage minority ethnic people."