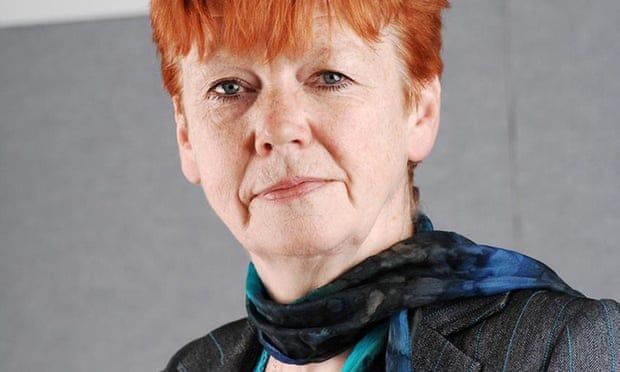 The Crown Prosecution Service must be held to account for its continued “betrayal” of rape victims, the victims’ commissioner of England and Wales has said, as new figures revealed rape prosecutions had fallen to another record low.

The CPS is under unprecedented pressure, with rape prosecutions plummeting 70% since 2016-17 to their lowest levels on record. Last month a government end-to-end review ordered the CPS to increase the volume of charges and cases reaching court to pre-2016 levels before the end of this parliament, while police were ordered to increase the number of cases they referred to the CPS by the same amount.

The most recent statistics reveal that the CPS charged 88 more people with rape compared with last year, a 4.7% increase on the 1,867 charges in 2019-20. At the current pace it would take the CPS 22 years to meet the target. 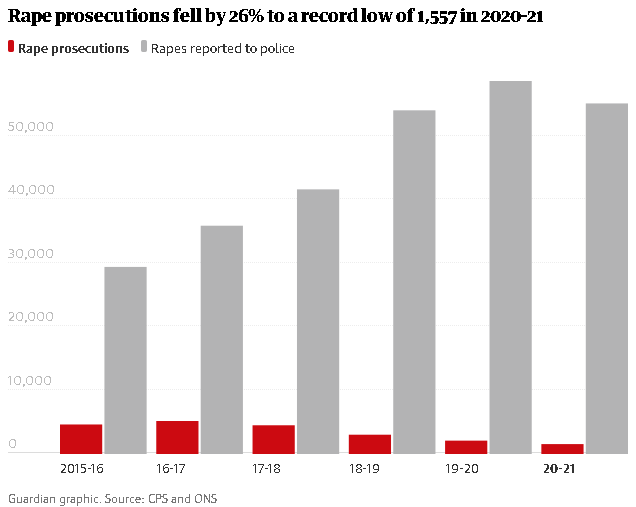 The figures come just weeks after ministers said in the rape review they were “deeply ashamed” that the criminal justice system was failing rape victims, and a day after a report from Baird said that rape victims still had a “slim” chance of seeing justice. A joint report from the police and CPS watchdogs last week said the CPS and police were more cautious investigating and prosecuting rape than other crimes, with the two agencies locked in a “blame game”.

“We are once more provided with yet further evidence – as if any more was needed – that the root of the problem lies at the door of the CPS,” said Baird. “It also further brings into question when and how the government will exercise some accountability over the CPS, an organisation that has rightly been publicly pilloried again and again for betraying victims of this heinous crime.”

Conviction volumes have also fallen almost a quarter, down 22.9% from 1,439 to 1,109 in the year. However, the conviction rate, the proportion of prosecutions that result in a conviction, is at a record high of 71.2%.

The CPS said there were 330 fewer convictions owing to the impact of court closures during the first lockdown. Since then there had been a “steady recovery”, while resources to specialist rape prosecution units were increasing, it said.

Katie Russell, the national spokesperson for Rape Crisis England & Wales, said the figures highlighted the “ongoing devastating failure” of the criminal justice system on rape and sexual offences and highlighted the “postcode lottery” victims faced when accessing justice after being raped. 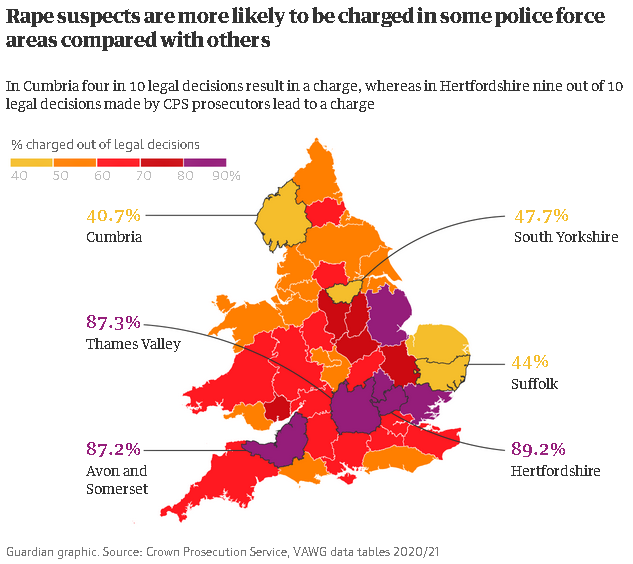 In Cumbria only four in 10 legal decisions made by the CPS led to a charge, compared with nine in 10 in Hertfordshire.

The wait for a charge also varied significantly. While a charging decision took, on average, almost a year in Gloucestershire (346 days), the wait was two to three months in West Yorkshire (74 days) and Northumbria (82 days).

The government rape review aims to reduce such disparities, with a new scorecard system to help keep track of areas where rape cases are not getting through to court.

DPP Max Hill said the CPS was continuing its “ongoing efforts” to improve how offences of violence against women and girls were handled and “reduce the unacceptable gap” between reports of rape and the number of victims seeing justice. While there was a “long way to go”, progress was being made, he said.

The National Police Chiefs’ Council lead for rape, Sarah Crew, said the increase in cases being sent to the CPS showed its actions were beginning to show results, but she was “under no illusions [that] there is still much to do”.