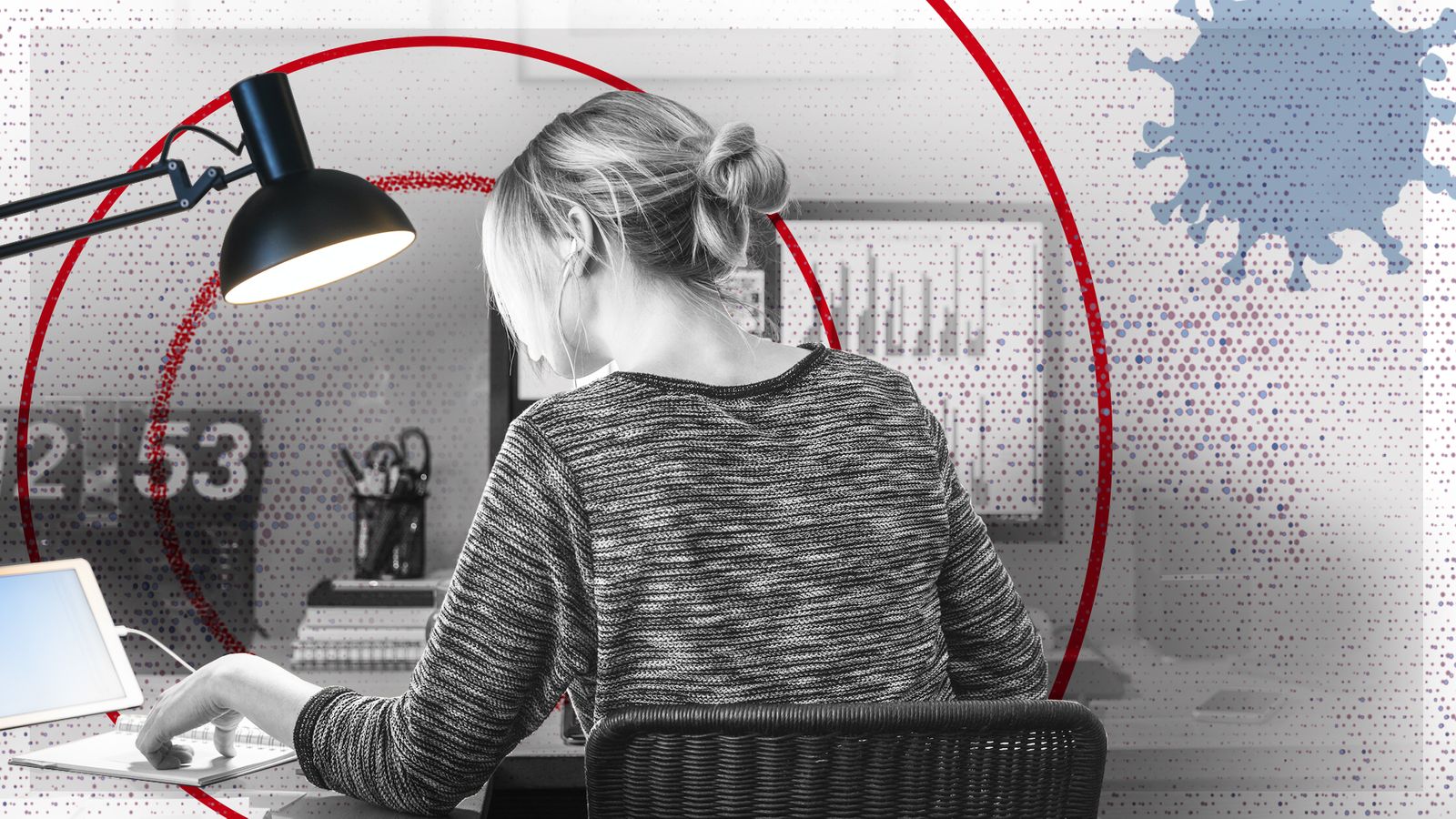 COVID: What is Plan B and why is the government introducing restrictions again?

Sky News looks at the government's COVID Plan B, how it has changed and why it is being brought in now.

Fresh COVID restrictions are being brought in across England after the government implemented its 'Plan B' in response to the emergence of the Omicron variant.

In September the government set out its plan for tackling coronavirus over the winter period, with a set of 'Plan B' measures to prevent the NHS "coming under unsustainable pressure".

Speaking at a Downing Street news briefing on 8 December, Boris Johnson said it was now the "proportionate and responsible thing to move to Plan B".

"It's become increasingly clear that Omicron is growing much faster than the previous Delta variant," the prime minister said.

"We can't yet assume that Omicron is less severe… and it could lead to a big to a big increase in hospitalisations and sadly deaths."

Before the announcement, Professor Neil Ferguson, a member of the Scientific Advisory Group on Emergencies (SAGE), said Plan B would "buy us time" to continue with the booster programme, but failed to rule out another lockdown if it did not stop the spread fast enough.

Here we look at what Plan B consists of, why it is being implemented now and how effective it might be against the new variant.

What is Plan B?

As part of its COVID-19 Autumn and Winter Plan 2021, the government outlined a set of measures that would be brought in "if the data suggests the NHS is likely to come under unsustainable pressure".

They were drawn up before the Omicron variant emerged and only apply to England, as COVID restrictions are devolved to the Scottish and Welsh governments and Northern Ireland Executive.

Those changes, which have now been expanded in light of the variant, are:

*  Reintroducing guidance to work from home, if you can, from 13 December

*  Legally mandating face masks in "most public indoor venues", including theatres and cinemas from 10 December, with exceptions "where it's not practical, including while eating, drinking, exercising or singing"

Face masks were already a legal requirement in shops, banks, post offices, hairdressers and on public transport in England as of 30 November.

Previously the government claimed that with "high levels of protection" provided by the vaccine rollout, the changes introduced for Plan B could be "relatively small".

But the announcement made on 8 December is wider-ranging than the measures first proposed in September.

Why is it being brought in now?

Boris Johnson has warned the Omicron COVID variant is "growing much faster" than Delta and its doubling rate could be between two and three days.

At the same time the UK Health Security Agency said in a statement: "If the growth rate and doubling time continue at the rate we have seen in the last two weeks, we expect to see at least 50% of COVID-19 cases to be caused by the Omicron variant in the next two to four weeks." 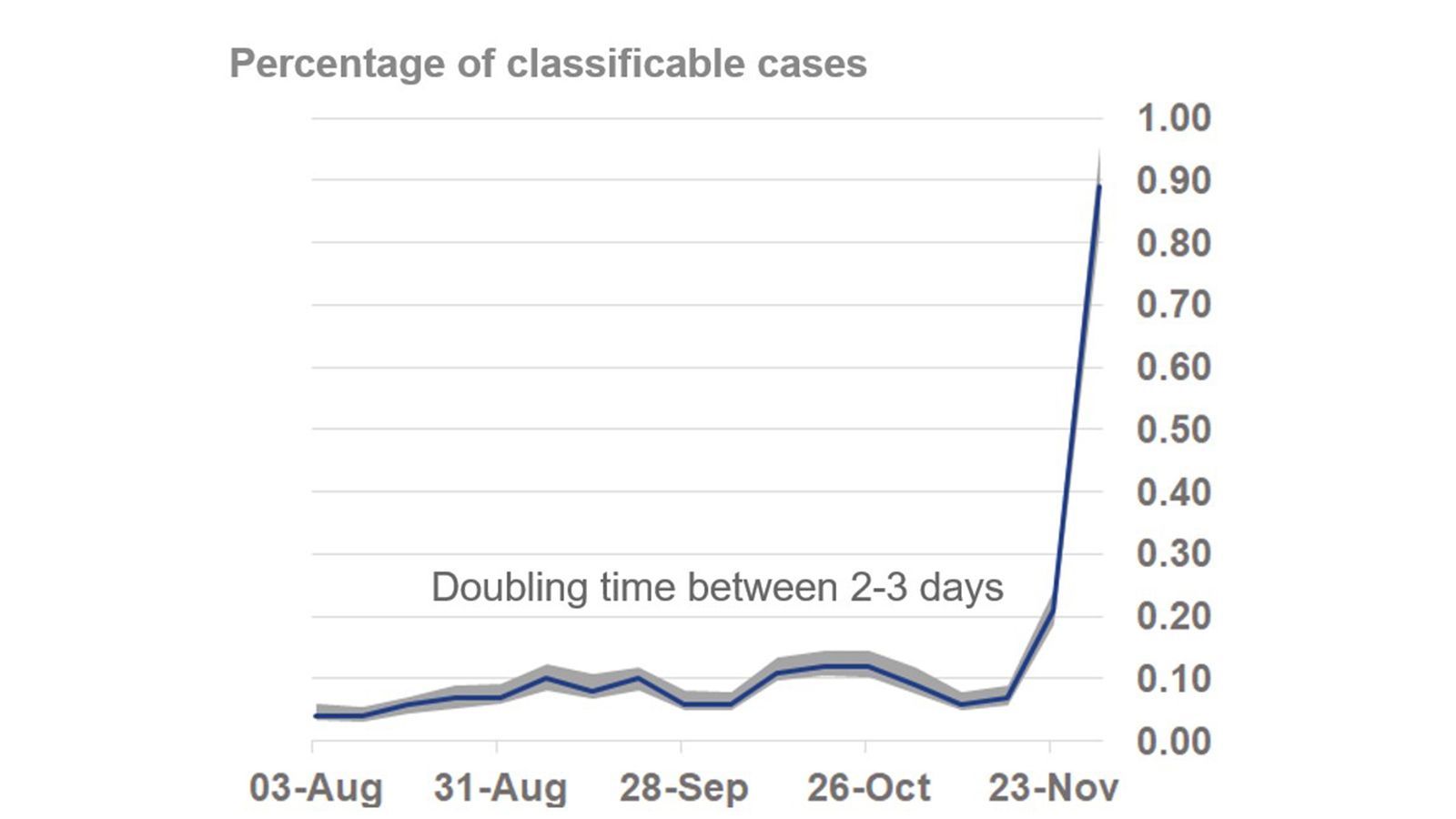 Professor Neil Ferguson, the epidemiologist who helped formulate plans for the first lockdown, has told the BBC that introducing more restrictions would "slow down" another wave of cases from Omicron and would "buy us more time to get boosters into people's arms".

But Dr Chris Papadopoulos, principal public health lecturer at the University of Bedfordshire, warned that vaccines alone will not protect people against the new variant.

"The government puts a real emphasis on vaccination in their Plan B, but we don't yet know the degree to which Omicron evades vaccines," he told Sky News.

"So it's not as simple as vaccines only.

"We cannot allow a significantly mutated version of the virus like this to run free in our society when we don't understand it yet - it's not the ethical thing to do."

He added that social distancing would be key in reducing transmission over the coming weeks.

"This is a reminder that vaccines are effective, but they aren't our only defence," he said.

"The biggest defence against an airborne, respiratory virus is social distancing, because if you're distanced from someone the virus cannot transmit."

On the timing of Plan B, Dr Mike Gill, former regional director of public health for the South East, added: "You don't wait until it's too late in this kind of situation. There's too much uncertainty and too much risk if you don't act early."

According to its winter plan, the government says the purpose of Plan B is to stop the NHS being overwhelmed.

Dr Simon Kolstoe, reader in bioethics at the University of Portsmouth, stressed that the aim of restrictions is keeping COVID hospitalisations down - not the number of cases.

"The single most important thing to consider here is what is going to happen in hospitals - particularly in intensive care," he told Sky News.

"If a peak in hospital admissions is going to come in January, then it makes sense to put measures in place to stop that peak from happening.

"We have to do things two, three or even four weeks in advance - because the earlier we put things in place, the better position we will be in."

Dr Papadopoulos added that although COVID-related deaths have been falling in recent weeks, they are up 3% over the past seven days.

"In the last couple of days that downward trend has been changing," he said.

"With deaths there's always a two-to-four week lag. And with a mutated version of the virus like this, we should expect to see an increase in deaths and hospitalisations."

Will Plan B work?

Scientists do not yet have enough real-world data to know how well vaccines, and particularly booster doses, will protect against Omicron.

Dr Gill says that data will be key in deciding whether stricter restrictions, such as the lockdown we saw last January, are necessary.

"The lesser protection from vaccines we have the bigger the overall interventions have to be," he said.

Dr Peter English, former chair of the British Medical Association's Public Health Medicine Committee, warns that the NHS "is in a dreadful state now" and "we must do all we can to protect it".

He says this should mean a "Plan B plus" being introduced that goes beyond current proposals.

"We know that the third dose leads to a very large increase in antibody levels, but it will take time for everybody to have had three doses," he wrote on Twitter. 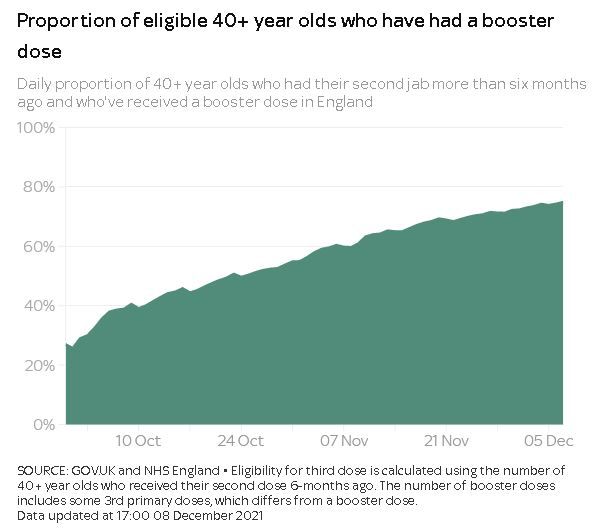 "In the meantime… it is vital that we maintain non pharmaceutical interventions.

"Wear a mask, reduce the amount of contact you have with others, ideally avoid parties and unnecessary gatherings.

"If you can't avoid contact with other people, make sure you wear a mask, keep it as brief as possible and do a test before you meet up."

Dr Gill also warns of the effects that reports of a Downing Street Christmas party amid last year's restrictions will have on compliance.

And he says that existing issues with Test and Trace will need to be addressed to ensure people follow the rules.

"There was nothing in Plan A about increasing support for people self-isolating," he said.

"The biggest non-pharmaceutical intervention you can make is reducing social contact - and working from home is a big part of that.

"But that is regressive and discriminatory unless you support the people for whom that is difficult."