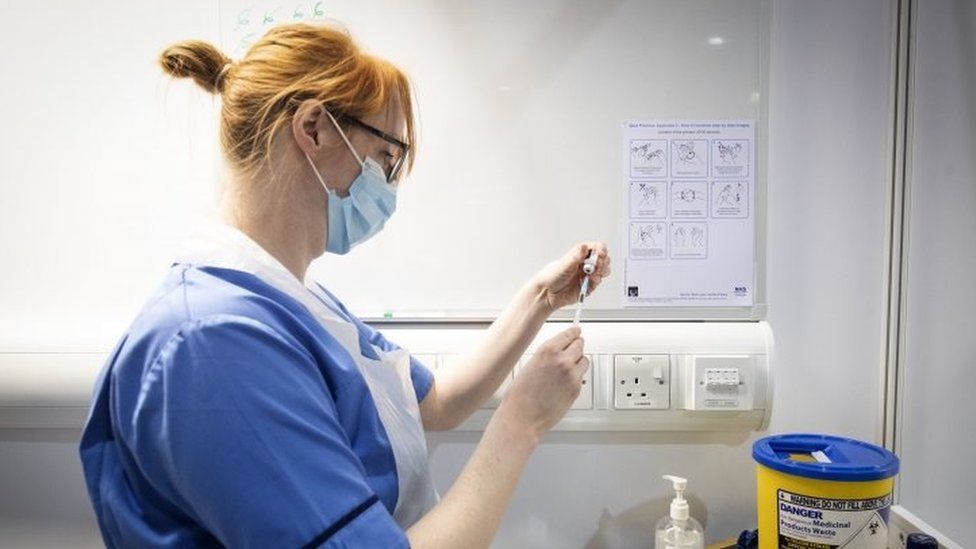 Boris Johnson will pledge to donate a majority of the UK's surplus vaccine supply to poorer countries in a speech to a virtual G7 meeting on Friday.

He will urge rich countries to back a new 100-day target for the development of new vaccines for future emerging diseases.

The UK has ordered over 400m doses of various vaccines, so many will be left over once all adults are vaccinated.

But anti-poverty campaigners say the UK is not doing enough.

Decisions on when and how much of the surplus will be distributed will be made later in the year.

They will depend on the vaccine supply chain and whether booster shots are needed in the autumn.

But a government source said well over half of excess doses would go to Covax, a UN initiative intended to ensure equitable access to coronavirus vaccines.

The UK government has also donated £548m to the scheme.

Mr Johnson will urge the G7 to further increase funding for Covax. In December, the US pledged $4bn for the project.

Almost 17m people have now received at least one vaccine dose in the UK, latest figures showed, with 573,724 of these receiving two doses.

Meanwhile, French President Emmanuel Macron told the Financial Times richer countries should send up to 4-5% of their current vaccine supplies to poorer nations.

In the global scramble to secure vaccines against Covid-19 many wealthy countries - which funded a lot of the research - have ended up buying more supplies than they need.

New figures from the anti-poverty pressure group, the ONE campaign, reveal that Australia, Canada, Japan, the UK, and US and the EU have already secured more than 3bn doses - 1.2bn more than they need to give their entire populations two doses.

The UK has also given £548m to Covax - the UN-led attempt to get vaccines out to poorer countries.

But campaigners say they want hard facts on how many actual doses Britain will now be donating to the mechanism.

A 130 countries in the world haven't done any vaccinations at all and healthcare workers in those countries remain at high risk.

And even if the Covax plan works, it's only designed to cover 20% of each nation's population - far short of the herd immunity expected in wealthy countries.

Mr Johnson will use his position as G7 chairman to encourage the group to look beyond coronavirus to ensure a better response to future infectious diseases.

Pressing the case for a 100-day target for new vaccines, he will tell the group: "The development of viable coronavirus vaccines offers the tantalising prospect of a return to normality, but we must not rest on our laurels.

"As leaders of the G7 we must say today: never again. By harnessing our collective ingenuity, we can ensure we have the vaccines, treatments and tests to be battle-ready for future health threats, as we beat Covid-19 and build back better together." 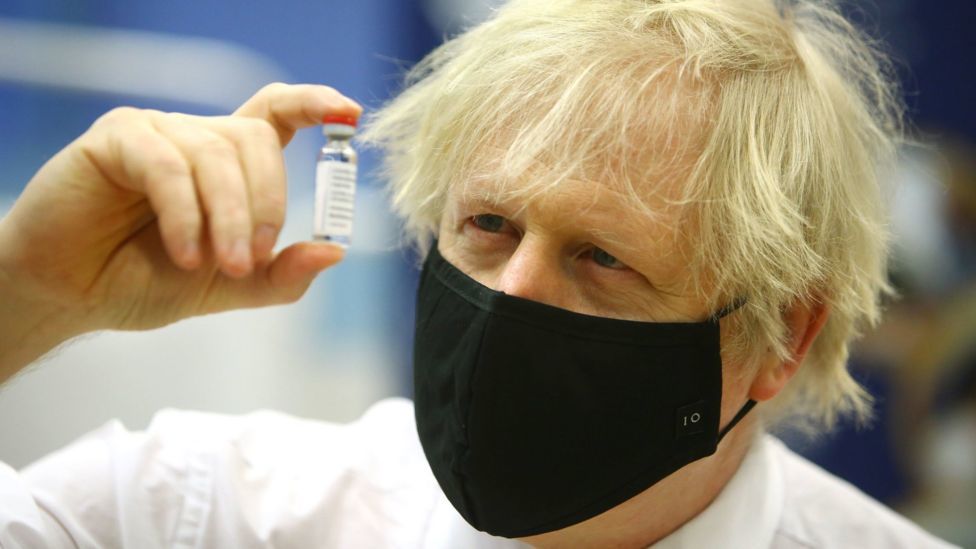 It is hoped that leaders will meet in person at a summit due to be held in Cornwall in June.

The One Campaign, which aims to end extreme poverty and preventable disease by 2030, said Mr Johnson's commitment to Covax did not go far enough.

The group's UK director, Romilly Greenhill, said: "Sharing surplus doses through Covax is the right thing to do, but there is a real risk of double standards if we talk a good game on global vaccines access but continue to stockpile more doses than we need.

"The virus won't wait on us to be ready before it mutates, so we need to get these vaccines around the world as quickly as possible."

It comes after a further 12,057 new cases were reported across the UK, alongside another 454 deaths within 28 days of a positive Covid test.

*  Monthly tests find no traces of coronavirus, including new variants, in air samples and swabs across London's transport network

*  Consumer group Which? says millions of people are out of pocket over flights they could not take due to Covid curbs