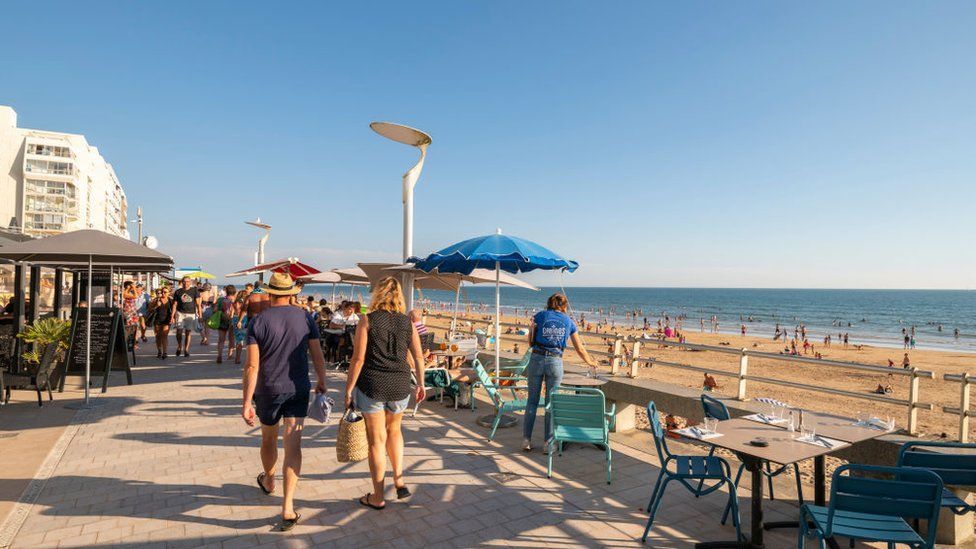 The country was put on the list last month, amid concerns about the Beta variant, which scientists believe may be more resistant to vaccines.

At the same time, seven countries have been added to the green list for travel including Germany, Austria and Norway.

The transport secretary said the country "must continue to be cautious".

Despite prior speculation, Spain will remain on the amber list, enabling travellers who are fully vaccinated to continue to enjoy a quarantine-free return.

However, travellers arriving in the UK from Spain are now advised to take a PCR test - rather than the cheaper lateral flow tests - for the mandatory pre-departure test as a "precaution against the increased prevalence of the virus and variants in the country".

There were already 29 countries or territories on the green list, bringing the total to 36.

Scotland and Northern Ireland are introducing the same changes while Wales is considering whether to adopt them.

However, other countries have their own rules about allowing visitors - so being on the UK's green list does not guarantee travellers can visit there.

Moving from red to amber: India, Bahrain, Qatar and the UAE

Moving from amber-plus to amber: France

As well as changes to the "traffic light" list, the cost of staying at a quarantine hotel - which is mandatory if arriving from a red list country - is increasing.

The government says this better reflects the costs involved. That includes transport to the hotel, security, provision of welfare services and the two PCR tests which must be taken on day two and day eight of the stay.

Transport Secretary Grant Shapps said: "We are committed to opening up international travel safely, taking advantage of the gains we've made through our successful vaccination programme, helping connect families, friends and businesses around the world."

The UK government sets the red, amber and green lists for England, while the other nations are in charge of their own lists. Scotland and Northern Ireland confirmed they will be adopting the same changes as England.

But the Welsh government criticised the "ad-hoc nature" of the UK government's travel decisions. It said it will consider whether to follow the latest changes, adding: "We continue to advise against all but essential travel abroad because of the continuing risk of infection."

Is this enough to save the summer season for the travel industry?

There are some things for the sector to be pleased about. The green list is longer, France is fully amber and there are more countries turning amber from red.

But there are stings in the tail too. Of the seven green countries, only two - Latvia and Slovakia - currently allow in non-vaccinated UK tourists without quarantine.

Many major holiday destinations like Greece and Spain are still amber. And the testing regime - which many in the industry want scrapped - is still firmly in place.

The government says it is being cautious and continuing to protect the UK from dangerous variants, and that this is a good step for passengers and travel.

But after months of changes and uncertainty, there are concerns in the travel sector that this doesn't do enough to reassure the public to book.

British couple Katherine and Henry Walker, who own a campsite in west France, said they hope the news will bring a flurry of last-minute bookings, but added: "I think it's too late for families to come because they would have booked elsewhere in the UK."

They said they were at 40% occupancy - when they would usually be at 90% - because of the lack of visitors from the UK.

Labour's shadow transport secretary Jim McMahon criticised the government for its "flip-flopping over France" and said it needs to explain how it reaches decisions.

"Ministers need to get a grip and set out a proper strategy, provide full data, and progress work with global partners on international vaccine passports so travellers and the industry can have clarity instead of reckless U-turns and confusion," he said. 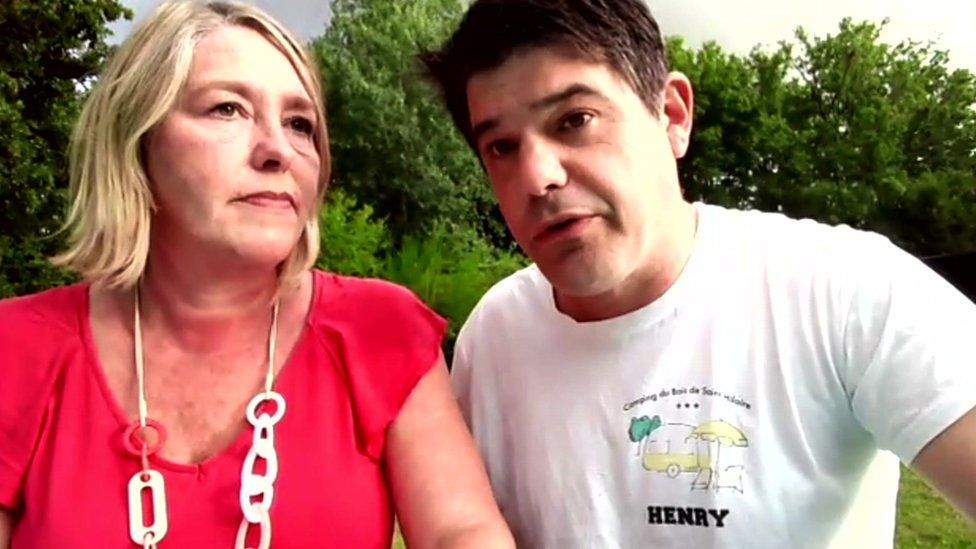