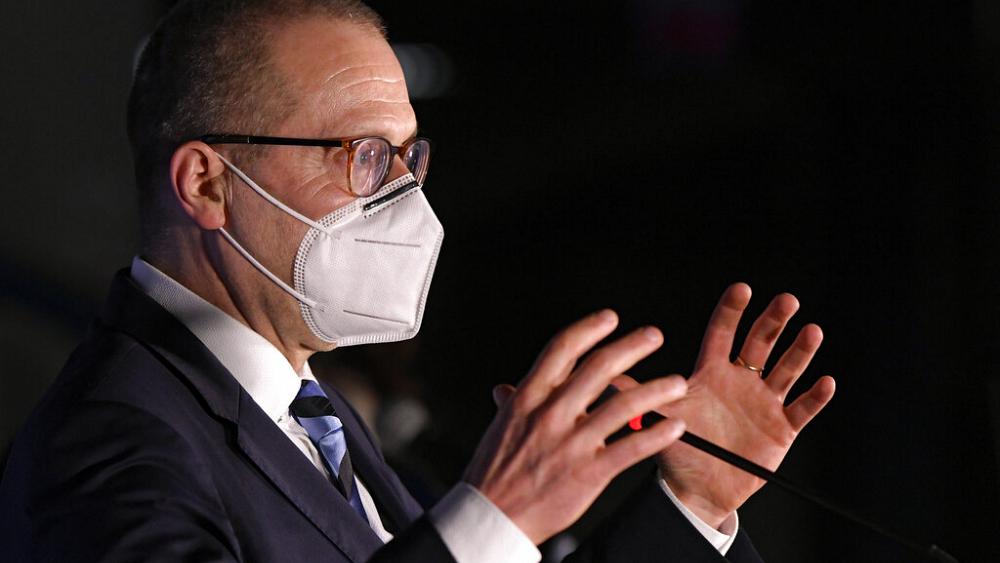 The high transmission rate of COVID-19 across Europe is "deeply worrying," the World Health Organisation (WHO) said on Monday, calling for vaccination to be ramped up.

"In 15 countries, there is a decrease in vaccination uptake even when the vaccines are available. So we have to work on multiple fronts and one of them is to decrease the vaccine hesitancy," Dr Hans Kluge, regional director of WHO Europe, told Euronews in an interview.

"The first priority is to ensure that the most vulnerable get their first and second shot. Then we have to do it all, meaning that in those countries where we see that people with decreased immunity, the elderly people, have a waning immunity against severe disease, then those countries can consider a third dose," Kluge said.

"But we should do it all, meaning sharing doses with those countries which still didn't vaccinate fully health care workers, and at the same time look at the evolving evidence," he added.

"We know in the pan-European region for example that there are at least 28 countries which have a surplus of doses. So those doses need to be shared as soon as possible," he told Euronews.

Earlier on Monday, Kluge told reporters that as summer comes to an end, the epidemiological picture across the 53 countries it monitors "is mixed" with a "greater than 10% increase in 14-day case incidence."

"This high transmission is deeply worrying, particularly in the light of low vaccination uptake in priority populations in a number of countries," he said.

Kluge said that "several countries are starting to observe an increased burden on hospitals" and that "a particularly steep increase in cases" is being observed in the Balkans, the Caucasus, and the Central Asian countries.

The last week also saw an "11% increase in the number of deaths in the region."

So far, the region has recorded more than 64 million confirmed cases and 1.3 million deaths. A projection that a further 236,000 people could lose their lives to the pandemic across Europe by December 1 — issued last week by the University of Washington's Institute for Health Metrics and Evaluation (IHME) — was described as "reliable" by Kluge on Monday.

The increase in cases and deaths is being blamed on three factors: the Delta variant, now dominant in 15 countries; the easing of public health measures; and the seasonal surge in travel.

The European office of the UN's health agency stressed that "vaccines are the path towards reopening societies" but flagged that "in the past six weeks, vaccination uptake has slowed down."

Only 6% of people in the region's lower and lower-middle-income countries are fully vaccinated with only one in ten healthcare professionals having completed a full vaccination course in some countries.

Kluge also emphasised that "vaccine skepticism and science denial is holding us back from stabilising this crisis" as slow vaccine uptake could boost cases and deaths and lead to the emergence of new variants of concern.

The agency called on authorities to look at vaccination data by population groups and to establish "tailored interventions at community level to boost vaccine uptake."

The end of the summer in Europe also means the beginning of a new school year. Kluge called for schools to be reopened, underlining how their closure had impacted children's mental health and future livelihood.

"Our children have suffered greatly over the past 20 months, especially those who were already vulnerable and or could not benefit from digital ways of teaching. Unlike a year ago, we are now in a position to keep them safe," he said.

He urged nations to implement vaccination strategies for teachers, other school personnel and children over the age of 12, especially if they have underlying conditions.

He also advised schools to take other measures including social distancing, masks, and regular testing of staff and pupils.

Oh ya 396 days ago
Do your own research, in Israel 80+ % of the people in the hospital are fully vaxxed. The spike protein in the jab is the variants (disease) but feel free to be a lab rat for a experimental biological agent that only has EUA