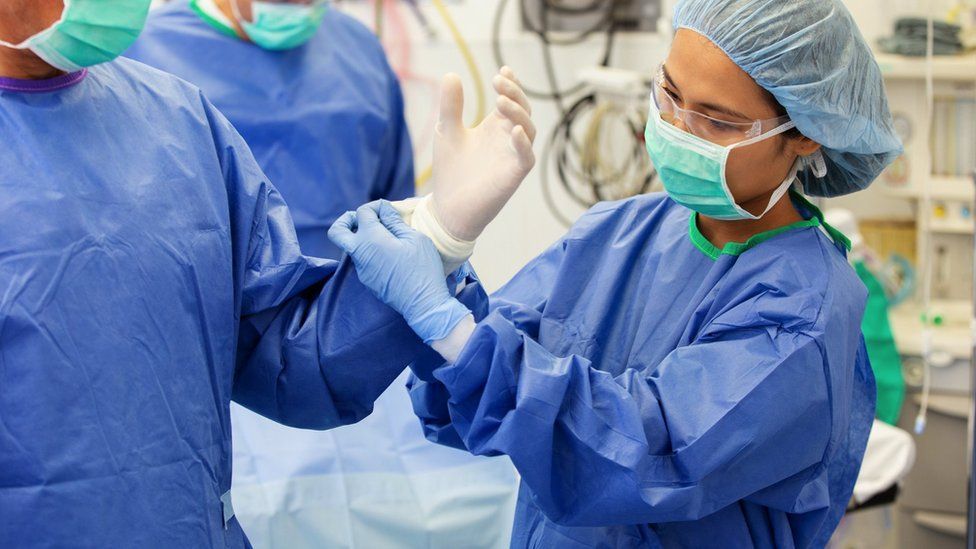 Covid: NHS gowns 'suspended' from use due to packaging concern

The use of ten million surgical gowns, bought by the UK government, has been suspended for frontline NHS staff because of how the items were packaged.

Sterile gowns were bought for £70m from a US firm last year, but safety concerns were raised when they arrived in one layer of protective packaging.

The contract had not requested double packaging, as used in sterile settings.

The government says all PPE is quality assured, but Labour has called for an inquiry into the awarding of contracts.

The BBC has been investigating the purchase of PPE - or personal protective equipment - for NHS staff since the beginning of the pandemic. It has already been revealed how millions of face masks bought by the UK government cannot be used in the NHS as intended.

Many of the contracts dated back to last Spring, when the government was scrambling to deal with PPE shortages in hospitals and care homes at the beginning of the pandemic.

However, officials at the Department of Health and Social Care (DHSC) continued to sign large PPE contracts after the first wave of infections was over, in a bid to avoid a repeat of shortages.

One of those contracts was a £70m deal, signed in June, for the supply of 10.2 million sterile surgical gowns from a US firm called Saiger LLC.

The BBC understands Saiger delivered the gowns on time but their use was suspended because of concerns about the way they were packaged.

A court document obtained by the BBC shows NHS infection control experts were concerned the gowns were only single wrapped, when in their view they should have been double wrapped if they were to be used in sterile care settings.

The document shows there was no requirement - either in the government's published specifications or in its contract with Saiger - for the gowns to be double wrapped. 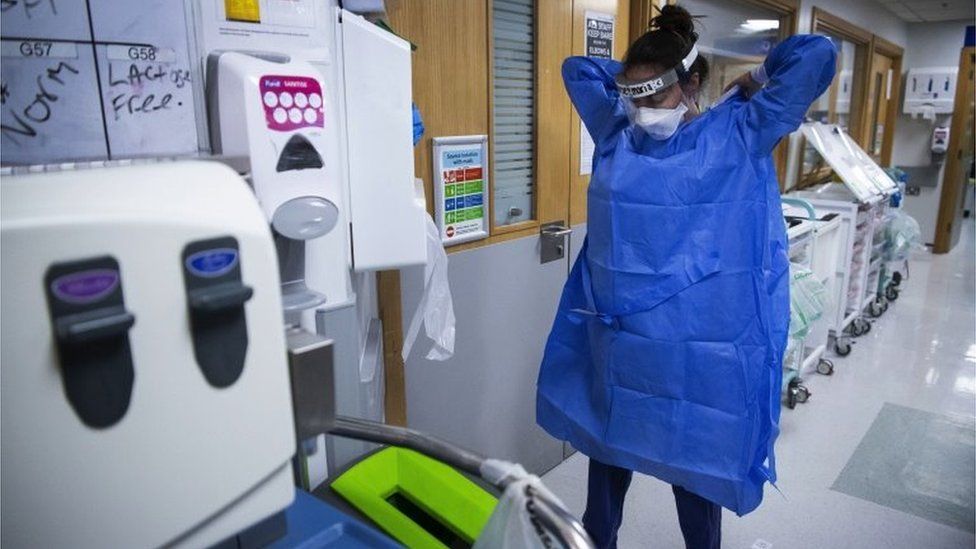 The gowns came from the same firm that paid millions of pounds of UK taxpayer cash to a Spanish businessman to source PPE for the NHS.

For his work on the £70m contract for the surgical gowns - which was separate to those earlier deals - he was in line to be paid a further $16m (£12m).

However, documents filed in a US court allege that he then stopped doing any work for Saiger, leaving the firm "scrambling" to fulfil its contracts by other means. It's not clear whether Mr Andersson received any of the money for this deal.

The parties have since agreed for the legal action to be dismissed.

The government's decision to award the £70m contact for the gowns is currently being challenged in a separate case in the English courts by the campaigning organisation, the Good Law Project.

Jolyon Maugham, the project's director, said the government needed to know what it was buying. "It should be buying from those who are experienced in the complicated business of supplying medical-quality PPE.

"And it also needs to be keeping a careful check on the prices it is paying so that intermediaries aren't able to make tens and tens of millions at public expense."

The government is also facing questions over contracts it signed for millions of face masks, which now can't be used as intended in the NHS.

In April, the Department of Health and Social Care (DHSC) signed a contract with Pestfix - a small Sussex-based family firm - for £168m to supply three types of mask. They included FFP3 particle filtering masks.

The BBC has found 17 million FFP3 masks supplied to the Department of Health by Pestfix will not be used as intended because they failed testing.

The masks came with ear loops, which the government says now should not be used because of safety concerns. It stopped the use of masks with ear loops in May last year, following discussions with the safety watchdog. 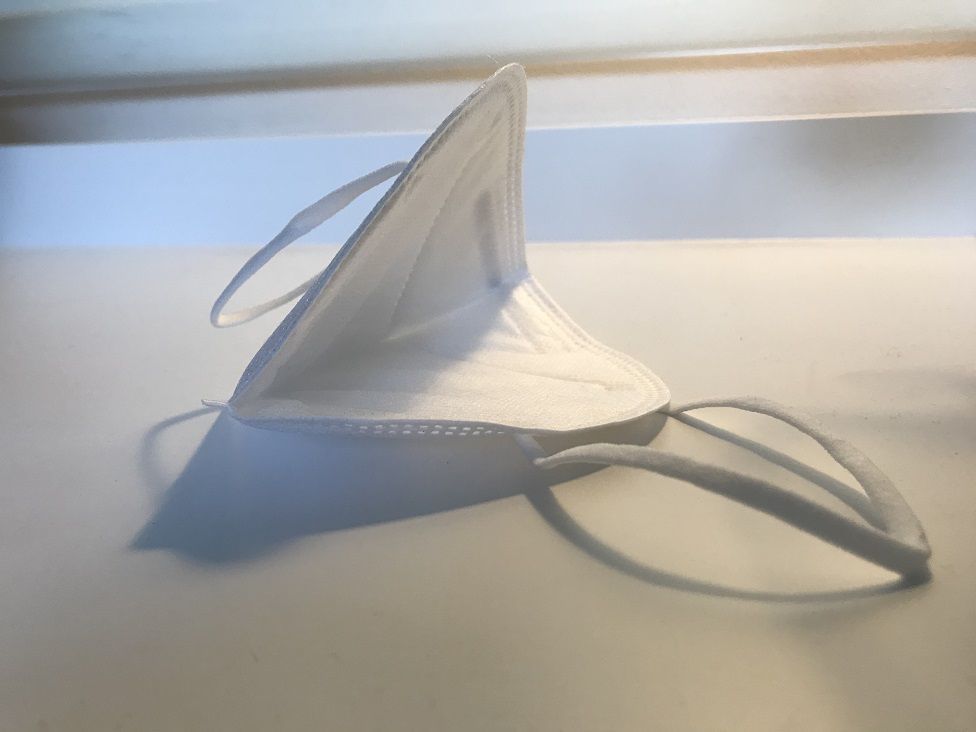 However, the government had already bought millions of masks with ear loops. Pestfix told the BBC these masks never entered the NHS supply chain.

The BBC has also seen an internal document prepared by the safety watchdog showing another type of FFP3 mask - this time with headstraps on - put forward by Pestfix also failed tests.

The document says "headstraps on several samples snapped" and "nosebands fell off on nearly all samples from the first batch".

Pestfix said these were alternative, prototype masks that were provided as a potential replacement. The firm said DHSC did not proceed with the product.

"We are proud of our role in sourcing PPE from Chinese manufacturers to help meet massive shortages in the NHS during the pandemic, with 94% of the 282 million items of PPE we supplied meeting contracts standards," the company said.

"Pestfix is working with the government and the Chinese manufacturers responsible for the small percentage of items that did not enter the NHS supply chain to ensure the best possible result for taxpayers."

However, Labour's shadow cabinet office minister Rachel Reeves has called for an inquiry into the awarding of PPE contracts.

"This area of procurement is one of the ways in which this government has really let people down, particularly our frontline workers during the course of the pandemic," she said.

"There should be an inquiry, a rapid review right now into the lessons that we can learn because if we learn lessons we can save lives, and this virus isn't going away."

In a statement, DHSC said PPE is only distributed in the NHS if it meets the relevant standards: "We have been working tirelessly to deliver PPE to protect our health and social care staff on the frontline, with over 7.6 billion PPE items delivered so far."