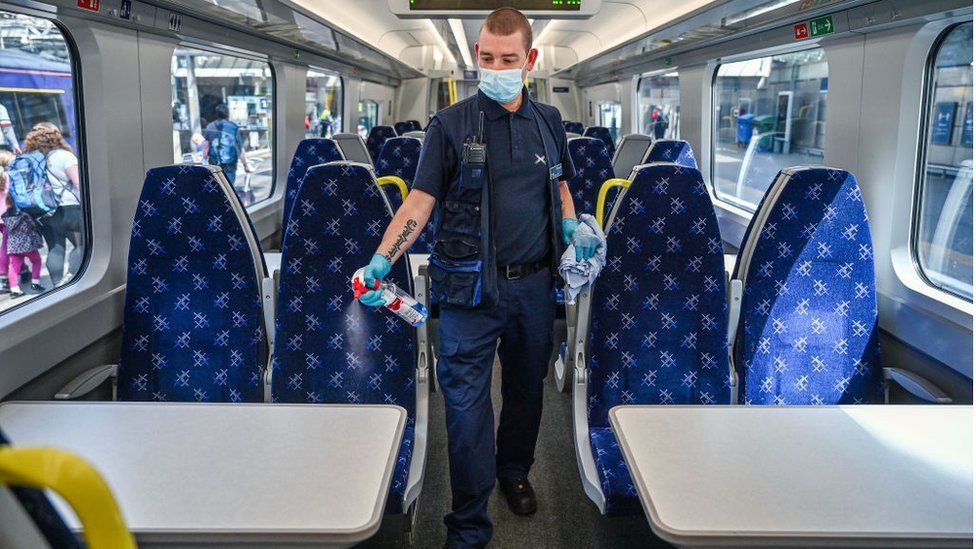 Scotland's rail network is facing "significant disruption" as more than 300 ScotRail staff are currently isolating due to Covid.

The operator said more than 100 services were cancelled on Wednesday.

ScotRail will move to a temporary timetable in January in a bid to offset the impact of the new Omicron variant.

It is about about 6% of the workforce of 5,300 drivers, conductors and engineers.

The firm has repeatedly warned that staff absences were affecting services over the last couple of weeks, asking passengers to check services before they travel.

Mr Ross told BBC Radio Scotland's Drivetime programme that the 10-day isolation rule on its own was not to blame for the cancellations as it only accounted for up to 25% of staff who are currently absent.

He added: "The most significant impact is people who have tested positive themselves or who have symptoms and are awaiting a PCR result so, regardless of the household contact policy there will still be an impact on our services."

Mr Ross said fewer people are using trains at the moment but urged passengers to check before they travel, space out as much as possible and to wait for the next service if a train is too busy.

ScotRail has said it will continue to review staff absence levels over the coming weeks in the event of a further spike in cases.

Routes affected by the timetable revision, which starts on Tuesday, include: