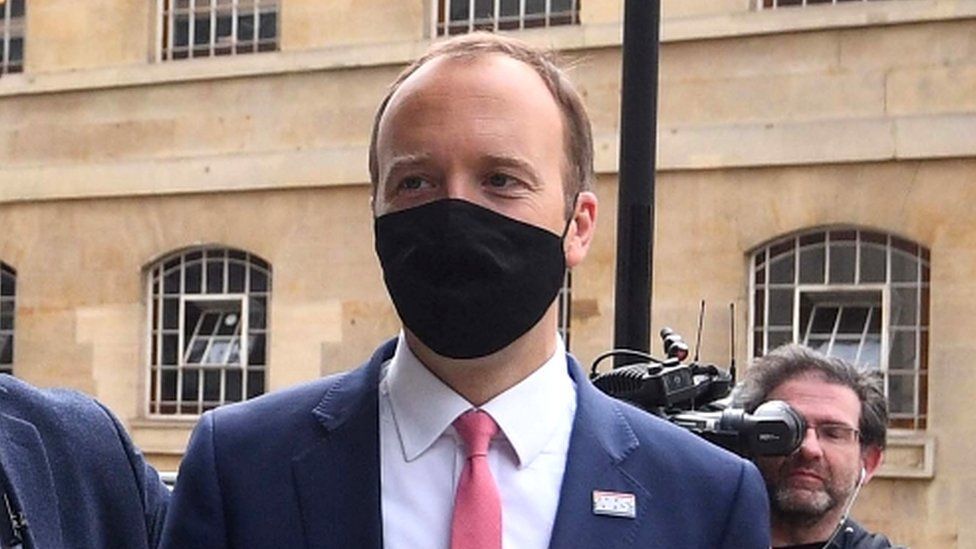 Covid: As Matt Hancock faces grilling, what are key questions for him?

After a bruising few weeks, Health Secretary Matt Hancock is appearing in front of a committee of MPs on Thursday to answer questions about his handling of the coronavirus pandemic.

It comes after Mr Hancock was accused by Dominic Cummings, the prime minister's former top aide, of a string of mistakes - and of lying to the prime minister - at the start of the crisis, in an appearance before the same committee two weeks ago.

Mr Hancock has firmly and repeatedly denied the claims - and the chairs of the joint committee on Covid, Greg Clark and Jeremy Hunt, have written to Mr Cummings to ask for evidence to back up his assertions, before grilling the health secretary. They have yet to receive a reply.

But with a public inquiry into the pandemic not due until 2022, all eyes will be on the health secretary's evidence session. Here are some of the questions he is facing.

Did Mr Hancock lie about testing in care homes?

This question centres around whether people were discharged from hospital to care homes without being tested for Covid, leading to the virus taking hold among vulnerable people.

Mr Cummings accused Mr Hancock of misleading Prime Minister Boris Johnson about testing, during his seven-hour appearance before the science and health committees.

The former aide said that both he and the PM were "told categorically in March (2020) that people would be tested before they went back to care homes. We only subsequently fund out that that hadn't happened". 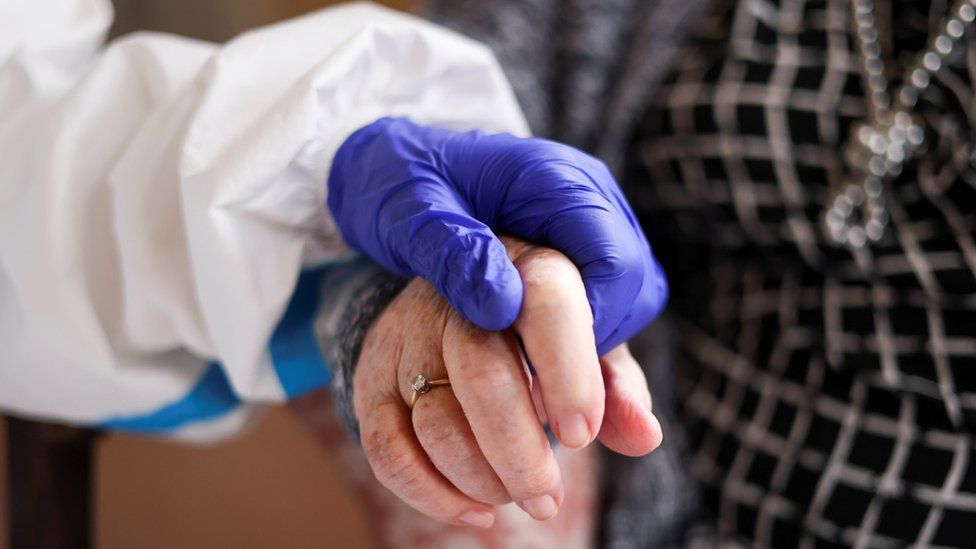 Mr Hancock has denied lying. He said he had been clear it would take time for hospitals to get up to speed with testing patients returning to care homes.

"My recollection of events is that I committed to delivering that testing for people going from hospital into care homes when we could do it," he told a Downing Street press conference last month.

"I then went away and built the testing capacity… and then delivered on the commitment that I made."

But care home leaders say they did not get the support they needed. Mike Padgham, chairman of the Independent Care Group, told Sky News it had been a "frightening" time for staff and residents.

"I don't believe myself there was a ring of protection thrown round us," Mr Padgham said. "In those very early days it was difficult. We were forgotten.

"It took the government many, many weeks to actually see what was happening in homes, despite our best efforts and protestations."

Did Mr Hancock hold back tests to meet a target?

Mr Cummings also alleged that last year Mr Hancock interfered with NHS Test and Trace to make sure he could hit a self-imposed target.

The health secretary had publicly promised that the government would be carrying out 100,000 Covid tests a day by the end of April. He claimed to have reached the goal - although he was counting tests that had not yet been processed.

Mr Cummings said: "I started getting calls and No 10 were getting calls saying 'Hancock is interfering with the building of the test and trace system because he is telling everybody what to do to maximise his chances of hitting his stupid target by the end of the month'."

He also claimed Mr Hancock was calling people and asking them to "hold tests back so I can hit my target".

"In my opinion he should've been fired for that thing alone, and that itself meant the whole of April was hugely disrupted by different parts of Whitehall fundamentally trying to operate in different ways completely because Hancock wanted to be able to go on TV and say 'look at me and my 100k target'. It was criminal, disgraceful behaviour that caused serious harm," he added.

Addressing these claims in Parliament, Mr Hancock said: "Setting and meeting ambitious targets is how you get stuff done in government."

For how long did the government pursue a strategy of herd immunity?

Mr Cummings said that the government pursued a strategy of herd immunity - where the virus is allowed to spread so people catch it and develop immunity.

The government has repeatedly denied that herd immunity was ever part of the plan.

Mr Hancock has yet to address this claim directly.

Did everyone who needed treatment get it?

"Many people were left to die in horrific circumstances."

Mr Hancock has yet to respond directly to this claim.

Was Mr Hancock too slow to deliver on PPE?

The lack of adequate protective equipment for health and social care staff was a key feature of the pandemic's first wave.

Mr Cummings said that when he returned to No 10 in April, having been ill with Covid himself, "the first meeting I had in the cabinet room was about the disaster over PPE and how we were actually completely short and hospitals all over the country were running out".

He said that in that meeting, Mr Hancock told ministers the shortage was the "fault" of Sir Simon Stevens, who leads NHS England, and of Chancellor Rishi Sunak, who he said had "blocked approvals on all sorts of things".

Mr Hancock denied these allegations in a Commons statement, saying: "These unsubstantiated allegations around honesty are not true, and that I have been straight with people in public and in private throughout".

"Every day since I began working on the response to the pandemic last January, I have got up each morning and asked, 'What must I do to protect life?' That is the job of a health secretary in a pandemic."