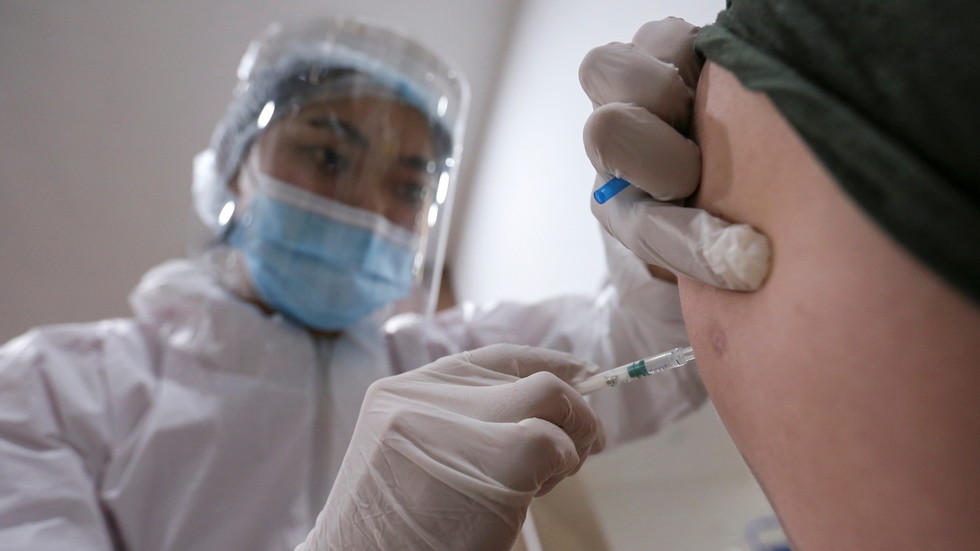 The government should promote the Covid-19 vaccine to skeptical minorities through the lens of racial ‘health inequalities,’ a doctor has told UK Health Minister Matt Hancock.

In a video published by the Department of Health and Social Care, Hancock asked Dr Charles Esene, chairman of Afro GP Herts & Beds, what he would say to someone who came to his clinic and said they were “worried” about being vaccinated.

“It depends on the race,” replied Esene, explaining that if “the person is an ethnic minority, then of course you have a conversation about the existing health inequalities” and the impact of Covid-19 on the black community.

Esene also said the government should make minorities “understand that this is also trying to move the black community away from being the hard-to-reach, underserved community” and that “this is the beginning of the conversation about addressing the wider health inequalities in society.”

Studies have found that minorities in the UK are more likely on average to be skeptical of vaccination against Covid-19, with one British Medical Journal (BMJ) report published in February showing that just 20.5% of black people over the age of 80 had taken the vaccine versus 42.5% of white people in the same age category.

The Royal College of GPs has also reported that white people are twice as likely to get vaccinated than black people.

Aside from general concerns about vaccine side effects and long-term uncertainties, the BMJ study said that at least some of the hesitancy comes from “systemic racism” and a lack of trust between minorities and the government, pointing to “previous unethical healthcare research in black populations.”

It cited the Tuskegee Syphilis Experiment which ran from 1932 to 1972 in the US, during which African-Americans with syphilis were given placebos instead of treatment by scientists in order to observe the effects of untreated syphilis.