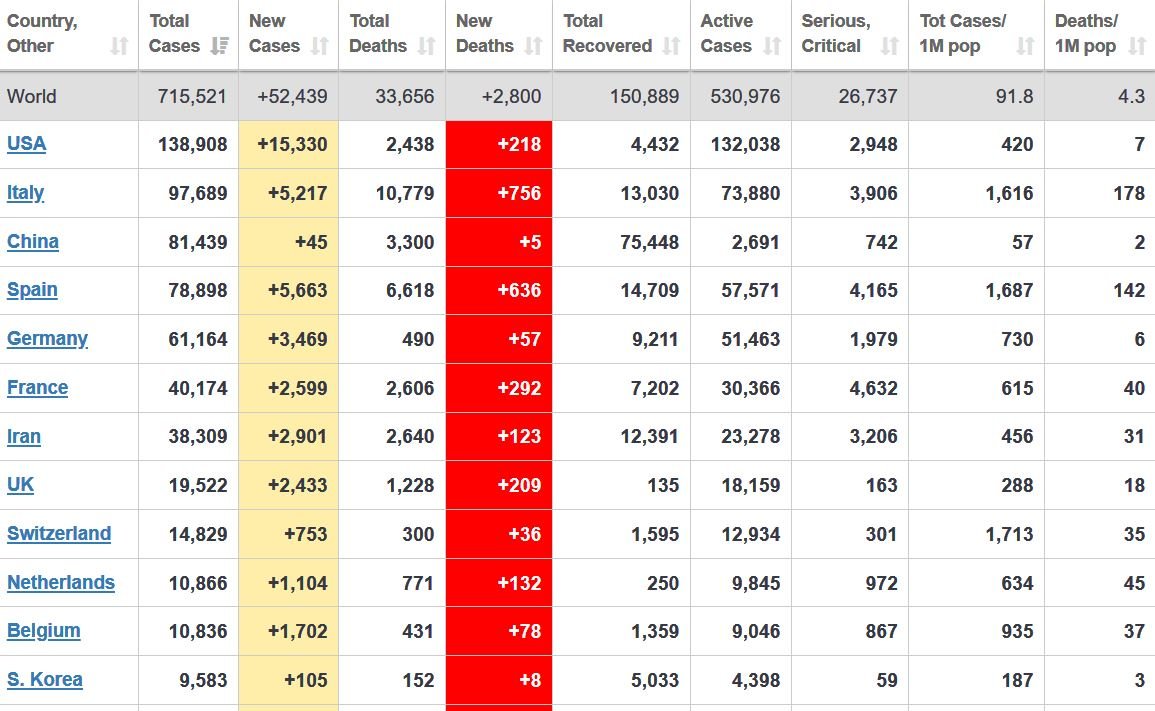 The coronavirus pandemic has killed more than 30,000 people worldwide. The total number of confirmed cases is currently at 691,867, according to Johns Hopkins University.

The British death toll has increased by 209 in the last 24 hours, bringing the total number of deaths in the UK to 1,228. The figure was lower than Saturday’s largest one-day rise of 260.

The Syrian health ministry has announced the country’s first coronavirus death, as the total number of cases comes to nine.

The death toll in Lombardy, Italy’s worst-affected region, has slowed. It rose by about 416 in a day to at least 6,360.

New York to run out of medical supplies in a week

The mayor of New York City, Bill de Blasio, has said the city will run out of critical medical supplies, including ventilators, by next Sunday, 5 April.

The finance minister of Germany’s Hesse state, Thomas Schäfer, has killed himself after apparently becoming “deeply worried” about how to deal with the economic impact of coronavirus, German website The Local reports.

The Australian prime minister, Scott Morrison, has tightened physical distancing measures. New advice warns that no more than two people should gather in any one spot outside households.

Mexico implores citizens to stay at home for a month

Mexico has asked its 130 million citizens to stay at home for a month. The country’s president has previously been criticised for not doing enough to deal with the crisis.