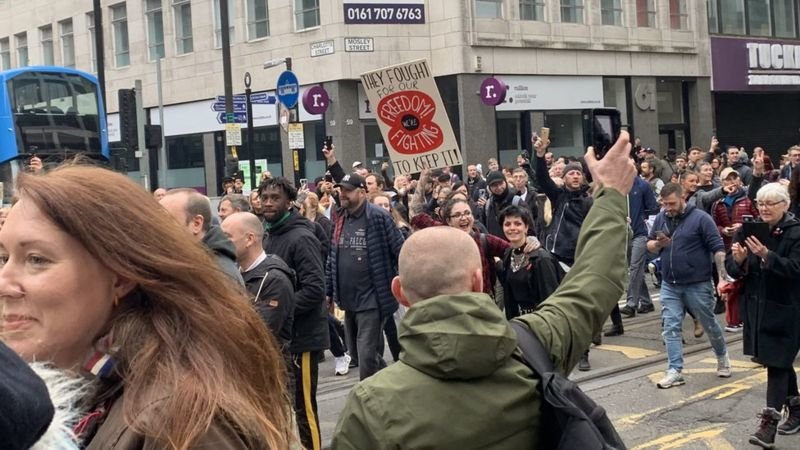 The organiser of an anti-lockdown demonstration attended by 600 people in Manchester has been fined £10,000.

The protest in Piccadilly Gardens was condemned by Greater Manchester Police (GMP) as "irresponsible" after new Covid rules came into force.

The force said the organiser ignored its pleas to call off the event.

The 40-year-old man from Trafford was issued with a £10,000 fixed penalty notice.

GMP's Assistant Chief Constable Mabs Hussain, said: "Ahead of Sunday, officers attempted to engage with the person organising this gathering - warning him of the likely consequences and advising, for his and everyone else's sake, to abandon his plans.

"However, he decided to ignore this advice and pressed ahead with a reckless and completely irresponsible course of action." 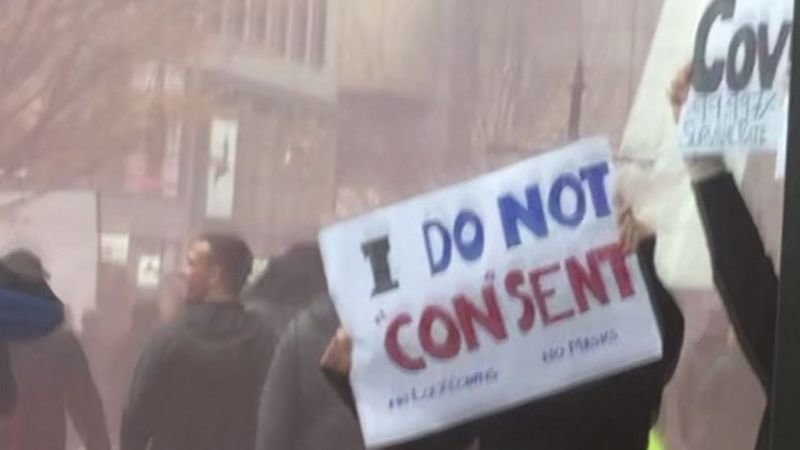 Mr Hussain said during the protest officers also tried to engage with the organisers and attendees to "explain the restrictions and encourage compliance", but this was ignored, too.

"Whilst responding to this gathering, a number of officers were injured," he said.

"This is unacceptable behaviour towards officers who were simply doing their job and protecting people."

He said work was continuing to identify other people in attendance who blatantly breached government restrictions.

"Those individuals have increased the risk of this disease for themselves, the wider public and my colleagues despite the scientific advice and legislated lockdown."