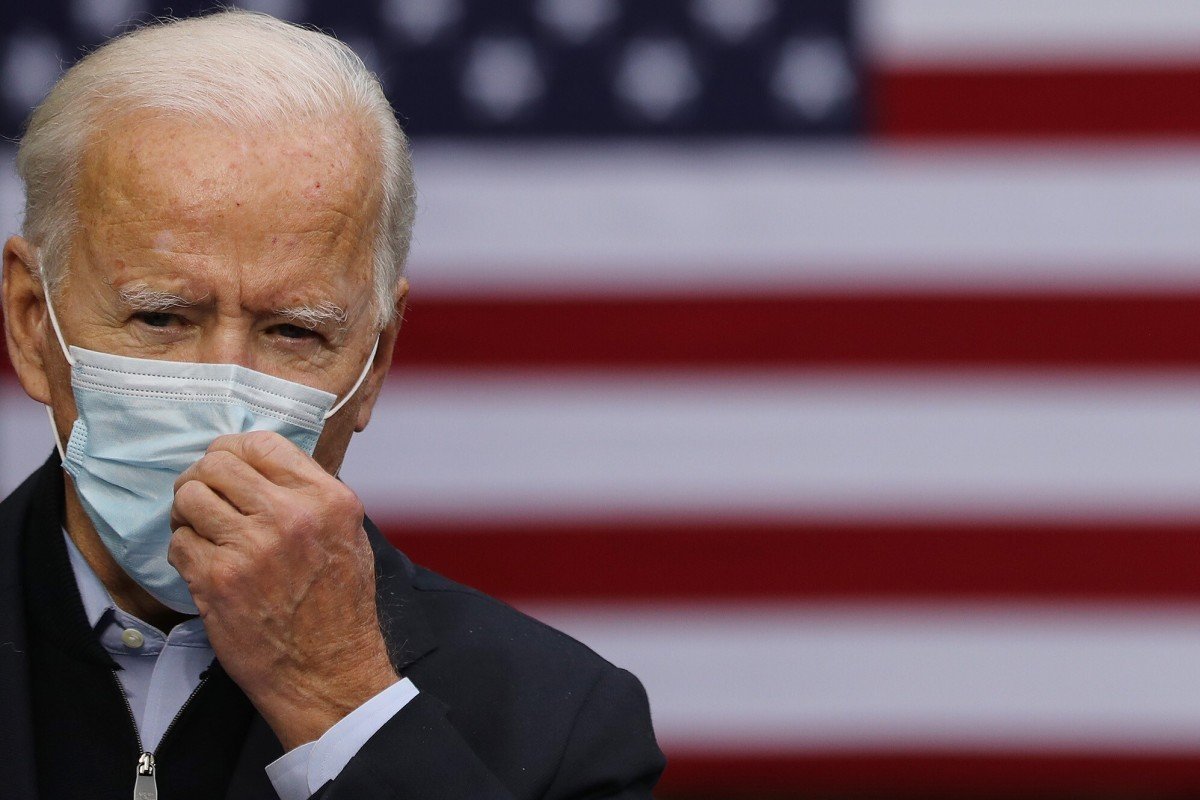 Could Biden put a divided world together again?

Suggestions that the Sinosphere and the Amerisphere can coexist separately and should be left to their own devices are dangerous and naive. With the global economy in a precarious position, Biden must restore worldwide collective action if he wins the presidential election.

Can the divided halves of the globe – the Sinosphere and the Amerisphere – come back together in the event that American voters reject US President Donald Trump next month (and that he can be ejected from the White House)? The two halves can and must reunite before things really fall apart in the global economy.

Crises are looming on multiple economic fronts, including an imminent global debt crisis and economic recession, not to mention a resurgent Covid-19
and the growing climate emergency. This is certainly no time for leaders to be pulling the world apart into East and West hemispheres.

How soon healing might happen under a Biden presidency would depend upon whether the would-be new leader is willing and able to strike out in a rational and farsighted new direction to achieve better relations with China rather than lashing out in the angry, shortsighted way Trump has done.

Fortunately, there have been some quite promising auguries from the Biden camp in this regard. His advisers have reportedly said they would prioritise domestic issues to enable the US to compete with China from a position of economic strength rather attack it on trade and other fronts.

This is precisely the kind of “make America grow again” approach that has been advocated on many occasions in this column as an alternative to Trump’s more destructive “make America great again” by cutting off its rivals’ legs (figuratively speaking).

“I don’t think the question is who’s tough or who’s weak on China,” former US deputy secretary of state Tony Blinken said. “The question is who has the most effective strategy to protect and advance [US] prosperity, values and security.”

That makes good, constructive sense and if Biden can practise what his advisers preach, then the chances of a return to sanity in US-China relations look more promising – always assuming that such wise counsel prevails over more foolish and (increasingly) warmongering talk in the Trump camp.

Fortunately, too, as Harvard economist Paul Sheard has noted, decoupling China from the rest of the world is “easier said than done” because China is either the largest or the second-largest economy in the world, depending on definition, and is enmeshed in supply chains with the rest of the world.

Sheard observed, “The “rhetoric of decoupling tends to run way ahead of the reality.” This is similar to some views in China: Wang Huiyao, founder of the Centre for China and Globalisation, has said that “contrary to the narrative of decoupling, China remains a crucial growth market” for Europe.

Even so, economic logic doesn’t always dictate political outcomes. The Amerisphere and the Sinosphere continue as of now to pull (or be pushed) further apart, and if the Trump administration endures beyond the presidential election (no minor risk) then the world must brace themselves for the worst.

Suggestions that the two spheres can coexist separately and should be left to their own devices are as dangerous as they are naive. Global collective action must be restored and strengthened, whether in repairing a fractured trade system, warding off a crippling debt crisis or fighting Covid-19.

The impending debt crisis will loom very large at this month’s (virtual) annual meetings of the International Monetary Fund and World Bank in Washington. As IMF managing director Kristalina Georgieva has bluntly put it, “The world is at a critical juncture and should not sit idle waiting for a crisis.”

She was referring to global debt which has now reached US$258 trillion, or 330 per cent of global GDP, according to the Institute for International Finance, but the same could be said of a global financial system which is being kept afloat by huge and ultimately unsustainable liquidity injections.

This, as Hung Tran, a non-resident senior fellow at the Atlantic Council in Washington has observed, “is an unhealthy state of affairs, undermining the basic tenets, efficiency, and dynamism of a capitalist market economy – basically repeating Japan’s experience of the slow growth decades.”

It is not only in the economic sense that healing is needed to make the world into a whole and “wholesome” again. The barroom brawl tone of the Trump-Biden “presidential” debateunderscored the sore lack of leadership and statesmanship in the world’s largest economy.

The image of US leadership has been degraded to a point that it makes Chinese President Xi Jinping look like a model of statesmanship and where Trump’s lack of anything remotely resembling integrity or gravitas is matched perhaps only by UK Prime Minister Boris Johnson’s irresponsible antics.

Once freed of political obligations to pander to voters in middle America, Biden, as president, should view the world and not least the global economy as a Humpty Dumpty not yet shattered by a fall but poised to crash and break into fragments that cannot easily be put back together.