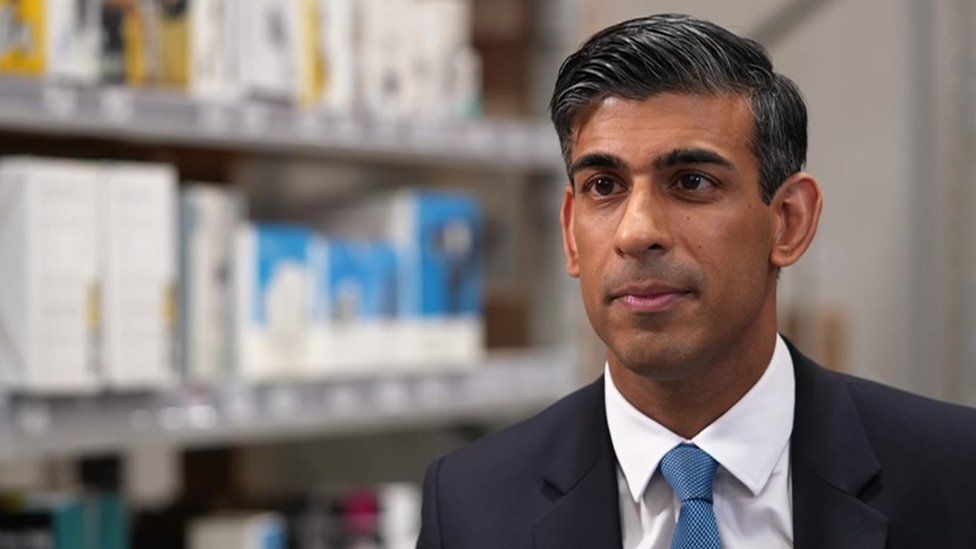 Buying time: Cost of living package will have minimal impact on inflation, says Rishi Sunak. Does anybody believe whatever this guy say?

Rishi Sunak says new measures to ease the cost of living crisis will have a "minimal impact" on inflation, the crook say. How exactly high cost will go down? Where the money will come from? If it has no impact on the monetary situation why the cost of living jumped so much to begin with?

The chancellor told the BBC he had struck the "right balance" between supporting people and pushing prices "excessively" higher.

He denied the announcement was rushed out to divert attention from a report into rule-breaking parties in No 10.

He said he had chosen to set out the measures this week because Ofgem, the energy regulator, had released their forecast of expected energy price rises.

"That meant we could scale and size our policies effectively," he said.

The chancellor's decision to impose a 25% levy on oil and gas firms came after weeks of government ministers repeatedly rejecting the idea.

The plan - put forward by opposition parties - would see a one-off charge imposed on the companies' record profits.

Mr Sunak avoided calling his measure a windfall tax, which Labour and the Liberal Democrats have been calling for, instead referring to it as a "temporary, targeted energy profits levy".

"These are windfall profits and they will be taxed," he said, but added that the levy would also include incentives to encourage businesses to invest.

He noted that opposition parties had made similar proposals, but said: "I think they were blunt instruments."

"We have designed something that will continue to incentivise and encourage investment," he told BBC political editor Chris Mason.

Households have come under pressure in recent months as food and energy costs have risen, with inflation hitting a 40-year high.

Under Mr Sunak's new measures, every household will get an energy bill discount of £400.

Eight million households on means-tested benefits will also get a payment of £650 paid into their account in two lump sums.

In addition to a windfall tax, the extra support will be funded by around £10bn of extra borrowing.

But Mr Sunak said he had targeted support at the most vulnerable households in order to avoid "fuelling inflation and making the situation worse".

"That is something that I do watch and I worry about."

Asked if he was worried about a recession Mr Sunak said he was concerned about inflationary pressures but confident about the future of the economy.

Responding to his announcement in Parliament, shadow chancellor Rachel Reeves said Mr Sunak had "finally come to his senses".

But his method of partly funding support through a windfall tax was criticised by some Conservative backbenchers.

Richard Drax accused the chancellor of "throwing red meat to socialists". And Craig Mackinlay described the tax as "tripe".