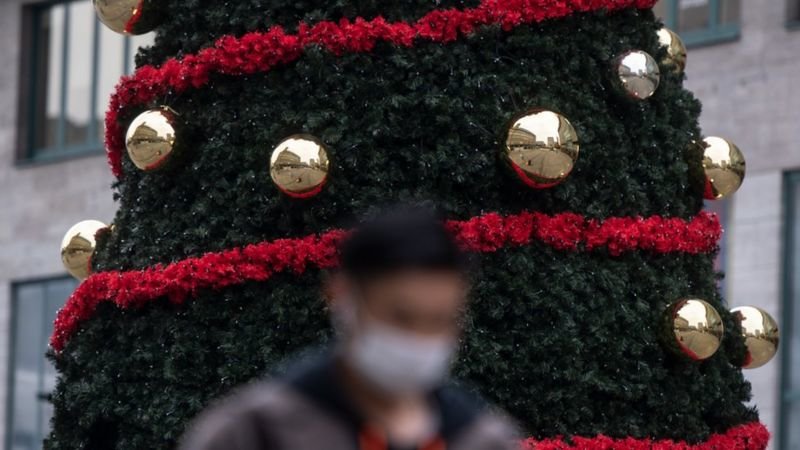 Jeremy Farrar, who sits on the Sage committee that advises the government, warned it would be a "tough" Christmas.

The Wellcome Trust director also told Sky News there was "light at the end of the tunnel" as he believed a vaccine would be ready early in 2021.

PM Boris Johnson has warned things will be "bumpy to Christmas and beyond".

Earlier this week, Prof Farrar told BBC Newscast arguments between Westminster and local leaders were "very dangerous" and also that a circuit-breaker, or a short, limited lockdown, was needed now.

"Christmas will be tough this year. I don't think it's going to be the usual celebration it is and all families coming together, I'm afraid," he said.

"I think we have to be honest and realistic and say that we are in for three to six months of a very, very difficult period.

"The temperatures drop, we are all indoors more often, we have the other infections that come this time of year.

"It's much better for us to be upfront and honest now, and say we are in for a really difficult time, but there is light at the end of the tunnel."

Prof Farrar said he thought a vaccine and effective treatment would be ready early next year.

"It's with that context that I think we need to reduce transmission now and we need to get ourselves back to the beginning of September as a country, not in piecemeal, not in fragments across the country, but as a whole country."

Speaking further about the need for a circuit-breaker, Prof Farrar claimed there could be 50,000 cases per day in England.

The government's chief scientific adviser, Sir Patrick Vallance, warned in a press conference on 21 September that the UK could face 50,000 cases a day by mid-October if no action was taken.

Prof Farrar said an Office for National Statistics (ONS) survey, which he described as the "best data in the country at the moment", showed that 27,000 people were getting infected each day in England as of 10 October, but he said, given a time lag, it would actually be more than 50,000 by now.

The ONS survey tests a representative sample of the general population to provide an estimate of the true spread of the virus, as it picks up asymptomatic cases that would not necessarily be identified in the daily figures.

The ONS figures are far higher than the number of confirmed cases announced by the government each day.

On Sunday, the government figures showed 16,982 people tested positive for the virus and a further 67 people had died.

Prof Farrar said the "best time" to have introduced the short, limited lockdown would have been around 20 September, but said the "second best time is now".

He said the worst time would be at the end of November when things had got worse.

Labour leader Sir Keir Starmer has also called for a circuit-breaker but the prime minister has said its three-tier system of regional restrictions avoids the "misery of a second national lockdown". 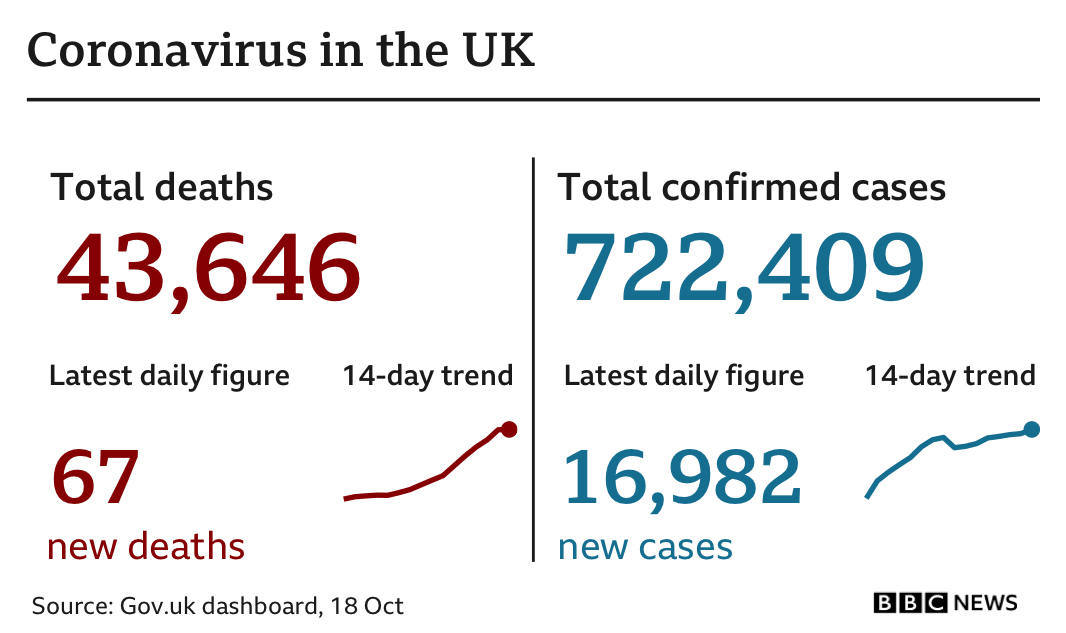