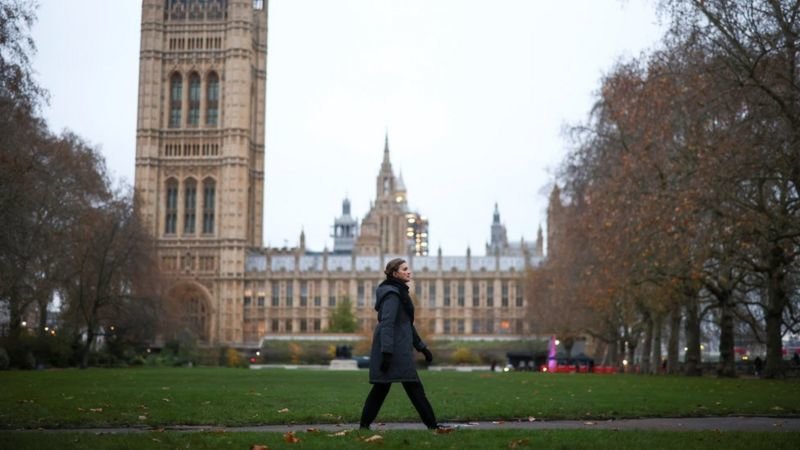 The government confirmed on Thursday the majority of the country would be placed in the two toughest levels when national lockdown ends on 2 December.

But the Covid Recovery Group, made up of Tory backbenchers, described the move as "authoritarianism at work".

Health Secretary Matt Hancock said the move was "necessary to protect the NHS and keep the virus under control".

The government has promised to publish an impact assessment early next week before MPs get a chance to vote on the new rules on Tuesday.

But a revolt is brewing among the government's own MPs, including the chair of the influential 1922 committee of backbenchers, Sir Graham Brady.

The MP for Altrincham and Sale West, which is in tier three, told the BBC the restrictions "interfered in people's private and personal lives in a way which is unacceptable".

Boris Johnson has an 80-strong majority in the Commons, but if 40 of his own MPs vote down the move, he will have to rely on support from Labour to get it through.

Labour is expected to decide early next week whether to back the plans after consultation with government coronavirus experts. 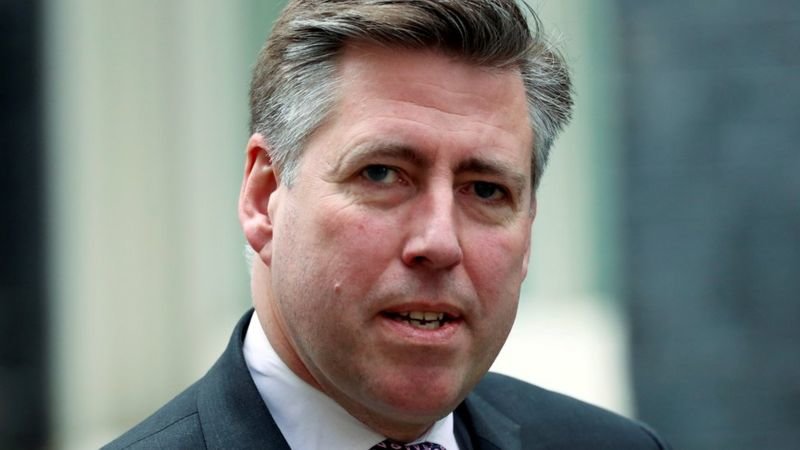 The latest plan will see over 57% of England's population - more than 32 million people - living under tier two restrictions from Wednesday.

A further 41% - more than 23 million people - will be placed in tier three, while just over 1% will enter tier one.

BBC analysis suggests the toughest tier has more Labour constituencies - 96 - than Conservative ones, while the majority of Tory seats - 205 - will be in tier two.

The prime minister told a Downing Street press conference there was "reason to hope" that the "era of restrictions" could end in the spring, but the tiers were needed to "navigate a hard winter when the burden on our NHS is heaviest."

England's chief medical officer, Chris Whitty, told the same briefing the government was trying to ensure the measures to control the virus were the "least damaging" possible - only enforcing the harshest restrictions "where rates are high or rising". 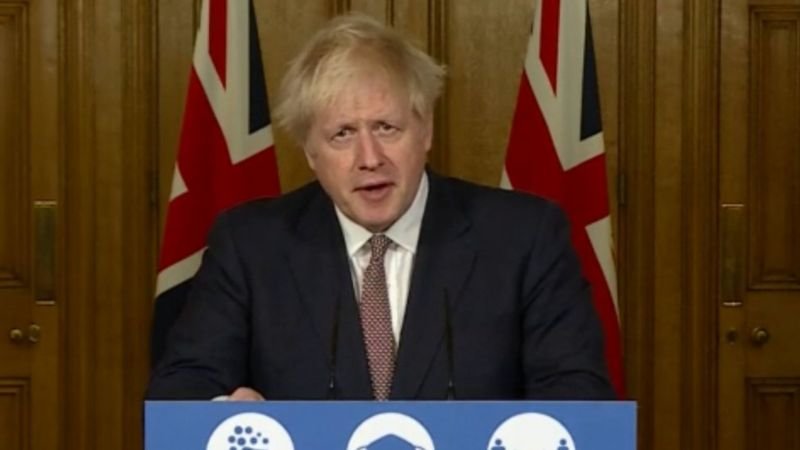 The deputy chair of the newly-formed Covid Recovery Group (CRG), Tory MP Steve Baker, called the announcement "truly appalling" and questioned if it was "necessary and proportionate" to the threat from coronavirus.

He criticised the modelling used by government scientists, saying their conclusions were "wrong time and time again", and called for an end to "narrow monopoly expert advice".

He added that he was "open to supporting measures" but only if it can be "clearly demonstrated that the government intervention will save more lives than it costs".

Mr Baker's CRG colleague, Harriet Baldwin, said there was "is no logic whatsoever in having a month of lockdown only for people to have to live under an even more severe set of restrictions afterwards".

Other Tories have also spoken of their dismay at the impact on their local constituencies, with some saying they would vote against the plans.

Damian Green, a former cabinet minister and the MP for Ashford in Kent, said he was "hugely disappointed" that his county was going into tier three.

He tweeted: "Before lockdown we were in tier one so what has lockdown achieved? We need the full analysis made public."

Former Defence Minister Tobias Ellwood said he was "puzzled" as to why his city of Bournemouth was going into tier two, saying it would "cause further hardship for our hospitality industry".

He tweeted: "I will NOT be supporting the government's motion to introduce this next week."

And Richard Drax, the MP for South Dorset, said he was "astounded" his area had been put into tier two - having been in tier one before the lockdown.

He said: "Only yesterday the chancellor made clear the utter devastation these lockdowns are having on our economy and all aspects of it, including health. The solution? Carry on destroying lives and livelihoods.

"We need a new strategy based on common sense, not fear and more fear."

This is a story about numbers, as whilst it is tempting to talk about a return to regional tiered restrictions, how it will feel for millions of people will be vastly different from a few weeks ago.

Before the national lockdown, 23.5 million people lived under tier one, but this time it will be just 700,000.

And while 8.5 million lived under tier three restrictions in its previous classification, under the new system it will be 23 million.

The government's argument for the regional approach is geography matters - mapping the likelihood you will come into contact with someone who has the virus.

But clearly someone who is a sceptic can make the same point about the geography and that the decision can be made at a more local level.

The argument has already begun and will continue ahead of a vote in the Commons next week.

And we are already getting a sense from a good number of Conservative MPs that they are not convinced by what the government is planning.

A number of Labour MPs have also raised concerns about the plans.

North Durham MP Kevan Jones said it was "shambolic" that his constituency was being moved in tier three with no new money to support businesses.

Lancaster and Fleetwood MP Cat Smith said she was "furious" her area is going into tier three when it "has a lower infection rate than the neighbouring Cumbrian councils" going into tier two.