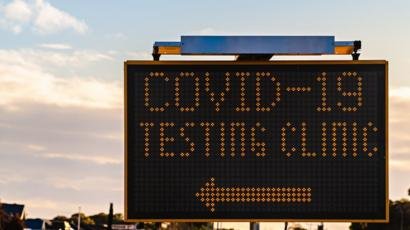 Prioritising coronavirus testing in high-risk areas has led to shortages in other places, as some people with symptoms are being asked to drive more than 100 miles for a swab.

The government says areas with fewer Covid-19 cases have had their testing capacity reduced in order to cope with outbreaks elsewhere.

But public health experts warn this could miss the start of new spikes.

Groups of people including staff and students at the University of Southampton and four schools in the Hampshire city will take part.

There will also be a trial in Salford of the benefits of repeatedly testing a population.

Health Secretary Matt Hancock told BBC Breakfast: "If people need a test, the vast majority get it quickly and close to home.

"But when those testing centres are full then obviously people are offered a test at the nearest place where one is available."

He added: "It's true we've put a huge amount of testing into the areas of outbreak where the number of cases are much higher."

Mr Hancock said there were "operational challenges", adding that the trial of new rapid tests could "solve the problem". 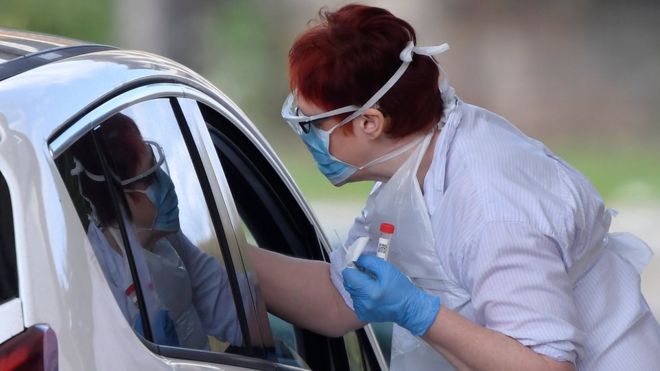 It came as a postcode search of the government's coronavirus test booking service reveals:

* People with symptoms living in London are being directed between 50 and 135 miles away, including to testing sites in Cardiff and the Isle of Wight

* One in Worthing was directed 40 miles away

* One in Cumbria was sent 50 miles away to Dumfries

These distances are the ones that are given on the government website, but they appear to have been calculated as the crow flies, rather than being a true reflection of how long it would take to drive - for example, the Devon to Carmarthen route was actually a 206-mile drive according to Google Maps.

Dr Zoe Norris, a GP in Yorkshire, told BBC Breakfast such journeys would be a "huge undertaking" for those with coronavirus symptoms, which include a fever and persistent cough.

"I've certainly got patients who would not manage to drive those distances," she added.

National testing capacity has not reduced, but it's already being outstripped by rising applications for tests.

The Department of Health and Social Care (DHSC) has responded by rationing testing slots.

It is prioritising areas with more current coronavirus cases and making fewer tests available in areas with lower prevalence.

Dr Stephen Baker at the University of Cambridge, who has been conducting testing for the area's hospital staff, said this was a "pragmatic move from the government to focus resources where they are most needed", but the strategy could become a problem if more cases developed outside the current areas of concern. 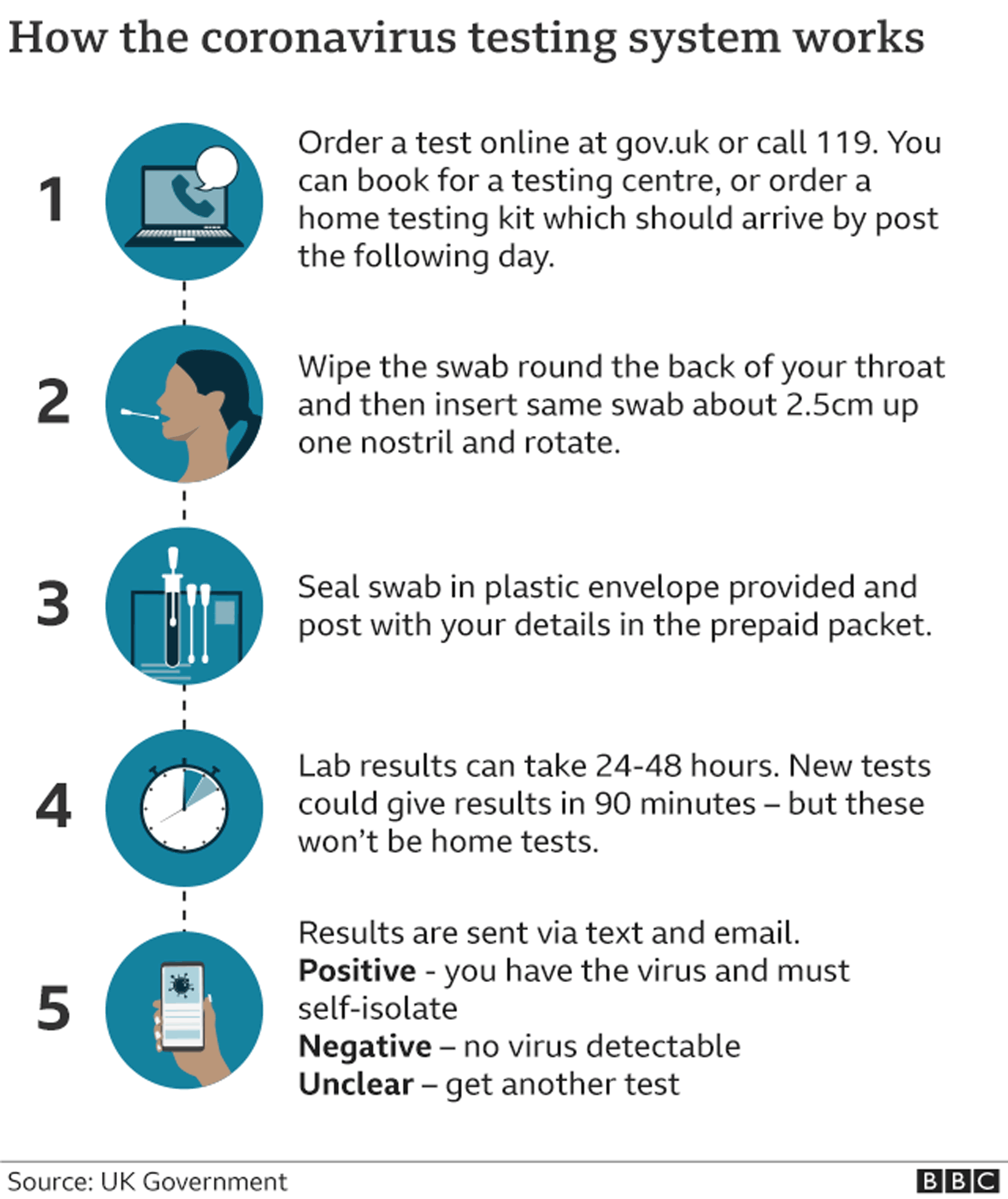 People with symptoms and essential workers can still apply for home kits, although these take longer to return a result.

It has also been taking longer for people who do go to a drive-through testing centre to receive their results.

NHS Test and Trace figures show in the week of 13-19 August, 41% of in-person tests at mobile testing units and drive-through centres gave results within 24 hours. That's down from 61% the week before.

For all routes combined, including home kits, 20% of tests had results back within 24 hours, compared with 29% the week before.

Paul Hunter, a public health expert and professor of medicine at the University of East Anglia, said these issues could act as "big disincentive to being tested" and result in missing local increases "early enough to maybe stop more widespread infection".

A DHSC spokesperson said: "There is a high demand for tests and our laboratories continue to turn test results around as quickly as possible.

"To make sure we stay in control of this virus we are targeting our testing capacity at the areas that need it most, including those where there is an outbreak, as well as prioritising at-risk groups."

But virologist Prof Nicola Stonehouse at the University of Leeds said: "Although cases are low we need to remember that the pandemic started from a single case and that only a small number of people entering the UK (mainly from Italy) resulted in the large number of cases earlier this year."

Even in areas with low prevalence at the moment, "restarting a significant rise in cases is a real risk", she said, as people returned from travelling over the summer and schools reopened.

"The key to controlling the pandemic has to be through testing. And this needs to be made as accessible as possible," she added. 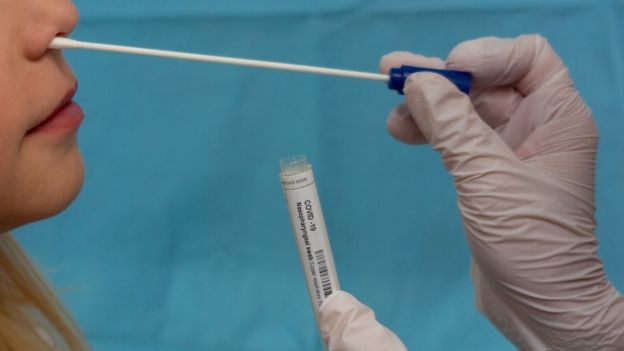 The government has pledged to increase its capacity to 500,000 tests a day by the end of October.

Currently, it says, testing capacity is about 350,000 a day - but only just over half of that is being used.

Daily testing has only broken 200,000 on one day, despite the government hailing reaching its target of having that level of capacity at the end of May.

The DHSC stressed that booking slots were added in the evening for morning appointments and in the morning for afternoon appointments, so more local slots might become available through the day.

The website states: "This service is currently very busy. If you are unable to book a test now or the location and time is not convenient for you, please try again in a few hours when more tests should be available.

"If no tests are available online, do not call helplines to get a test. You will not be able to get a test through the helplines."