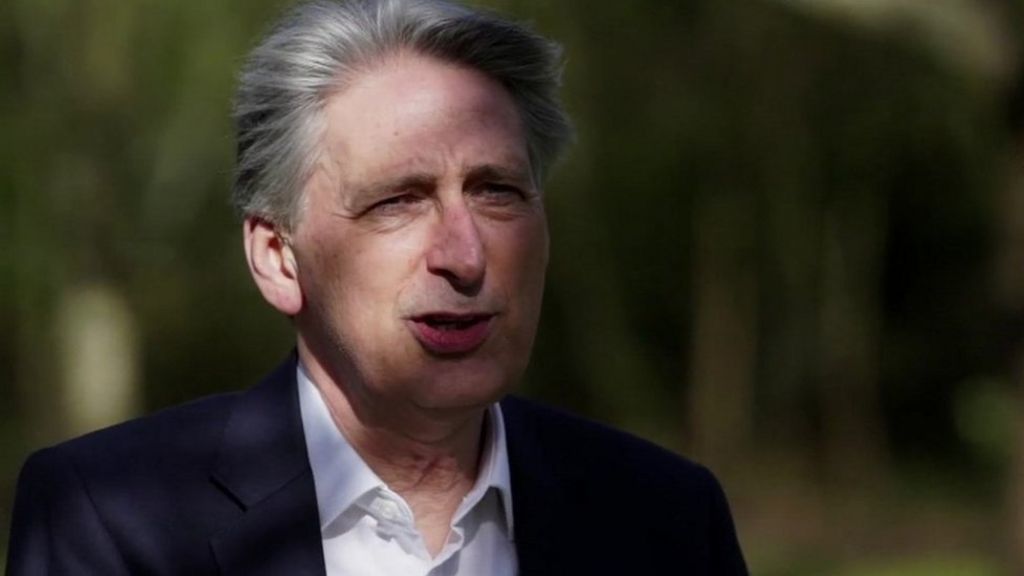 He told the BBC that dealing with the pandemic had been the financial equivalent of "fighting a war".

But giving money away was easier than collecting it for "a populist government", he added.

A No 10 spokeswoman said she "doesn't recognise" his characterisation of a government reluctant to be unpopular.

She added that the pandemic had shown Boris Johnson was "a prime minister that is prepared to take difficult decisions and is weighing up very hard choices at the moment".

The Budget on Wednesday comes amid rising unemployment and follows the biggest UK annual economic shrinkage on record.

In an interview with BBC political editor Laura Kuenssberg, Lord Hammond - who resigned as chancellor when Boris Johnson became prime minister in 2019 - said the economy had taken a "huge hit" from Covid-19, but should "bounce back".

There had been "long-term scarring", with sectors like aviation and hospitality suffering "permanent damage", and transport and retail "changed forever", he added.

Official figures show the UK economy contracted by 9.9% in 2020 - more than twice as much as in any previous year on record.

On Tuesday, it was revealed unemployment had risen to 5.1% in the three months to December - the worst rate since 2015.

And the national debt - worsened by furlough, other pandemic help schemes and falling tax takes - stands at more than £2 trillion.

Lord Hammond said it was unlikely in the "foreseeable future" that ministers would be able to "do anything that will actually see the debt starting to fall".

"If we can grow the British economy over the coming years, then just as we did after the Second World War, we can make the debt fade in significance, because, although it stays the same in absolute terms, it becomes a much smaller percentage of our national economy."

Philip Hammond has never been Boris Johnson's number one fan, to put it mildly.

They clashed on Brexit, with the former chancellor being booted out of Parliamentary Conservative Party during the wild political autumn of 2019.

But even though he is back in the party fold, and with the ermine of a Tory member of the House of Lords no less, the former occupant of No 11 isn't mincing his words.

While he sticks to the broad consensus backing the government's massive emergency economic support during the pandemic, Lord Hammond looks very pointedly to the challenges that will come next, questioning whether Downing Street will have the right priorities.

His not very subtle implication: Downing Street would rather be popular than do the right thing.

Lord Hammond said the challenge facing the government was "how to move out of this crisis period".

He praised Mr Sunak for getting the economic response right so far and said he was "very confident" his instincts were "the right ones".

But he said his fear was "that as a populist government, giving money away is always easier than collecting it in", and warned that ministers had "made very extravagant commitments to the British electorate in good faith before the coronavirus crisis".

"Not all of those commitments can now sensibly be delivered on and that's going to be a big challenge for a government that regards its short-term popularity as very, very important," Lord Hammond added.

He said he was "not sure" the current "top leadership" had the "appetite for being unpopular, in order to do the right thing".

The prime minister has said the chancellor will set out the government's plans to "build back better" in next Wednesday's Budget.

Mr Sunak has promised to lay out the "support we'll provide through the remainder of the pandemic and our recovery", adding: "I know how incredibly tough the past year has been for everyone, and every job lost is a personal tragedy."

A Treasury spokesman added: "The chancellor has always put protecting jobs and livelihoods at the heart of everything he has done and that will not change.

"This Budget will give people the reassurance they need in the immediate term, and he will be honest with the British people about how we are going to recover beyond this crisis."

Labour leader Sir Keir Starmer said it was "not the time" for tax increases for individuals or businesses, given the ongoing impact of the pandemic.

'We need some help now' 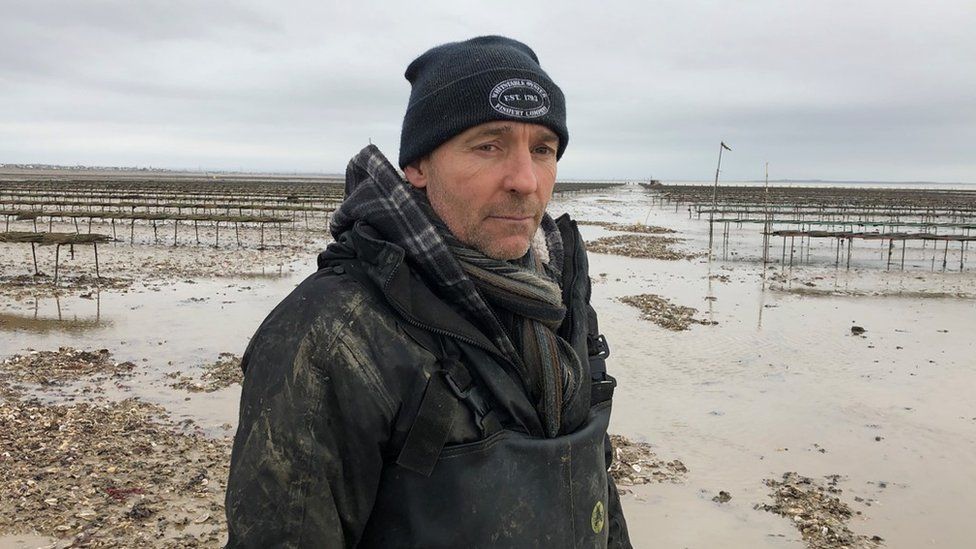 James Green, who runs the Whitstable Oyster Company in Kent, says the impact of the pandemic has been "tough".

"Obviously there's Covid-19 at the beginning of the year, which affected us, the restaurant side of the business and the oyster sales. We were open over the summer. We were busy, like most coastal places, and then we shut again in November."

But Mr Green adds: "For the oyster side of the business the impact of Brexit is probably had more of an effect than Covid-19, I would say."

As a result of Britain leaving the single market, he says he has tons of oysters sitting on his farm that he cannot sell either to France or domestically.

Mr Green says the chancellor should give the shellfish industry "some help to get us through now - otherwise there won't be one".