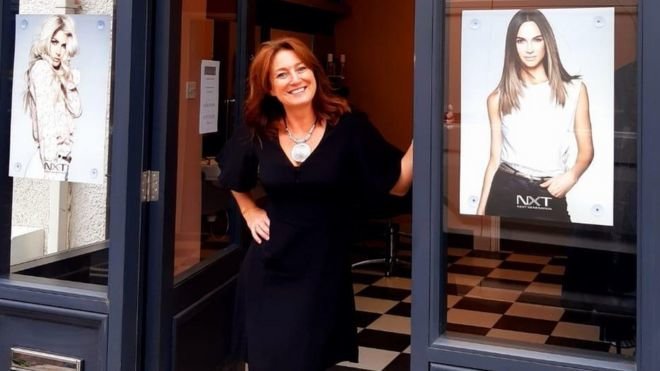 Coronavirus: Has Covid-19 made more people want to be their own boss?

"It's the best thing I've ever done", says hairdresser, Anne-Marie Harben who set up her own business last month.

You might be forgiven for thinking that the creation of new start-ups might have radically slowed down during the Covid-19 pandemic, but that's not necessarily the case.

The number of new businesses registered in Wales from April to July was just 10.7% lower than the same period in 2019 - with the equivalent figures for the past two months actually higher.

And with the Federation of Small Businesses (FSB) Wales saying it has seen an increase in inquiries from people looking to become self-employed, are more people mulling the possibility of becoming their own boss?

It's certainly been the case for Anne-Marie, 48, who opened BooDops Hair Solutions in July in Porthcawl, Bridgend county.

"I had a phone call in June saying a business premises had come available and it was an old barbers shop. So I decided to go for it," she said.

Anne-Marie has been a hairdresser for 32 years but decided it was time to go into business for herself.

"I had four weeks to revamp the premises before we opened on 13 July. It's been crazy, I've been working 12 to 13 hours a day nearly everyday, It's been that busy," she said.

"Everything is by appointment and we adhere to social distancing with one in, one out of the salon, but it's exceeded expectations. I had more clients in the first week than I'd usually do in a month where I've worked previously. I just hope it continues."

As well as being a unisex hairdresser, the business also provides custom-made wigs and hair enhancers.

"After three decades in this industry this is the most valued I've felt," said Anne-Marie. "I think people have realised how important hairdressers are to people's morale and confidence."

While Anne-Marie's new business is booming her biggest concern for the future is more uncertainty around the virus.

"I just hope to God we don't get a second wave and another lockdown and so do the clients.

"To close would be a massive loss for a business in its first few months of operating. But I'm positive and I'm feeling it's the best thing I've done and I love meeting new people coming through the door of my salon." 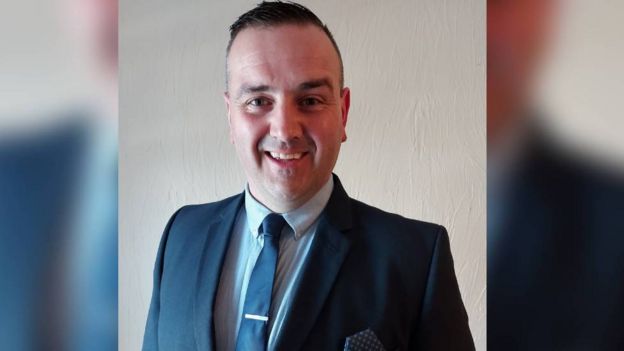 Shayne Yates, 42, Ceredigion closed the restaurant he was running to take a different path

Meanwhile Shayne Yates, 42, from Cardigan, Ceredigion, closed the restaurant which he was running with his family in the town when lockdown hit and which they are still waiting to reopen.

He was also employed as head of business services at Antur Teifi. After leaving his role there, Shayne started his own company, All Business Solutions, during the pandemic.

Shayne said he always had a passion for helping businesses and has had a busy two months reconnecting with old contacts after launched his own company on 4 May.

"There was a concern when Covid-19 unravelled, I had many of those deepest conversations with regards to direction, this also balanced with the restaurant being severely affected too," he said.

"However, doing what I do now is more like a calling, it's what I was made to do, after working across an industry non-stop for 25 years it becomes part of you. I've always been passionate to make a difference, to have a long-lasting effect on businesses I support and help to go forward."

While there is great uncertainty for businesses coming out of lockdown and the future, Shayne said his business is now in a place to help other firms.

"Fear and trepidation has now become confidence which will shape around reality as we go forward," he said.

Between April and July, 6,457 new companies were registered in Wales, versus 7,232 during the same period last year, according to data from Companies House. That is a year-on-year drop of 10.7%.

espite much of the country's industry and services shutting down to prevent the spread of coronavirus during lockdown, FSB Wales said it had seen an increase in inquiries from people looking to become self-employed.

Ben Francis, of the FSB, said: "We know that businesses are started for a number of reasons; because of the opportunity to exploit an entrepreneurial spark, because of the ability to have more flexibility outside of traditional employment, and sometimes it's as a result of the economic landscape and its impact on jobs.

"We don't yet know what the impact of coronavirus will be on the economic landscape in the longer term, and, in turn, whether this will lead to people starting up on their own because of a lack of opportunities in the job market.

"What we do know, is that Wales is a nation of entrepreneurs who make a huge contribution to our economy, and that there must be significant support for self-employment from Welsh Government in order to help provide a bridge for those who might choose to move from employment to working for themselves."