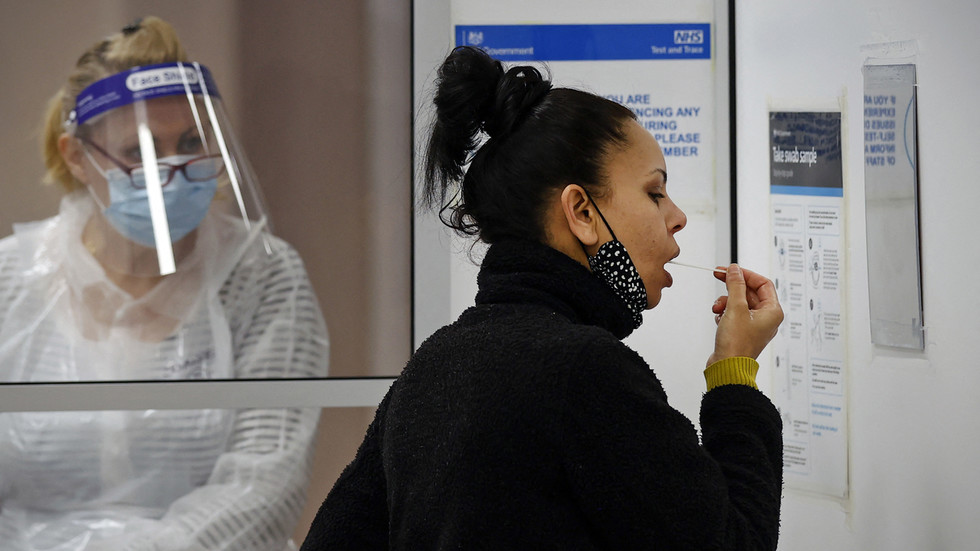 Britons eager to obtain lateral flow Covid-19 tests through the UK government website were met with a message on Monday saying that no more could be ordered online or by phone, in what health officials later said was a “glitch.”

On the same day England ditched its Covid restrictions, many people applying to have free kits sent out to them via the government scheme were instead greeted with a message telling them to “please try again tomorrow when more tests will be available.”

“No more rapid lateral flow tests can be ordered online or through the call centre today,” the automated message read.

People who were attempting to access the home testing kits shared their concerns and frustrations on Twitter after receiving the “try again tomorrow” message.

However, hours after the concerns were shared online, the Department of Health and Social Care posted a statement on Twitter saying that “there was a temporary technical glitch with the website earlier which has now been rectified,” and that lateral flow tests were still available.

On Monday, England ditched all of its compulsory coronavirus restrictions, with masks no longer mandated and social-distancing limits becoming a thing of the past. Dropping the measures has been met with staunch criticism from scientists and doctors alike, particularly as Health Secretary Sajid Javid recently theorised that Covid cases could soar up to 100,000 a day later this summer. Javid himself tested positive for Covid at the weekend.

The UK government had previously stressed the importance of readily available tests, expressing that “alongside vaccine rollout, regular testing is at the heart of plans to reopen society and the economy, helping to suppress and control the spread of variants” in a statement on April 9, when a scheme of twice-weekly rapid testing was made available to everyone in England.

Lateral flow tests are designed to confirm Covid viral status within half an hour and can be performed at home, making them more accessible and rapid than PCR tests. However, people who are suffering coronavirus symptoms are advised to seek PCR testing and not lateral flow.

The UK is currently grappling with its highest daily caseloads since the second pandemic wave in January, recording over 50,000 cases on each of July 16 and 17. The prevalence of the virus is also much higher, with every one person per 95 in England suspected of being infected with the virus on Friday.

Since the start of the pandemic, the UK has recorded almost 5.5 million cases and almost 130,000 deaths within 28 days of a positive test, with the country ranking as the seventh highest globally for total fatalities.