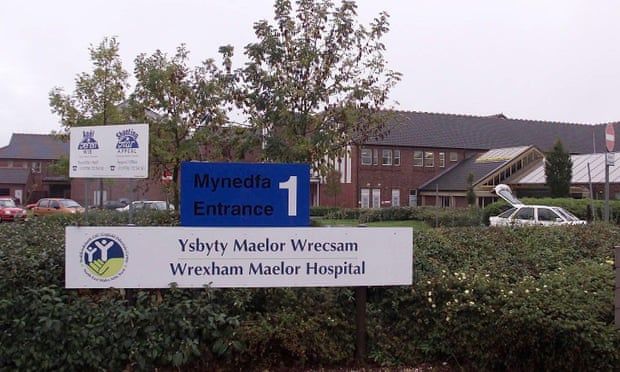 Hazel Pearson’s condition not signposted by her bed as coroner deems Wrexham Maelor’s plan of response ‘amateurish’
An 80-year-old woman with coeliac disease died within days of being fed Weetabix in hospital, an inquest has heard.

Hazel Pearson, from Connah’s Quay in Flintshire, was being treated at Wrexham Maelor hospital and died four days later on 30 November from aspiration pneumonia. Although her condition was recorded on her admission documents, there was no sign beside her bed to alert healthcare assistants to her dietary requirements, BBC News reported.

Coeliac disease is a condition where the immune system attacks the body’s own tissues after consuming gluten, a type of protein found in wheat, rye and barley, causing damage to the small intestine.

Pearson was admitted for pleural effusion, also known as water on the lungs, but was taken ill just hours after eating her breakfast, causing her to vomit. It was later discovered that an infection was caused after material from her stomach had been inhaled into her lungs.

Joel Abbott, a consultant geriatrician, told the inquest the vomiting could have been caused by the infection but also a kidney injury, which the patient also had. He told the assistant coroner, Kate Sutherland, that coeliac disease does not usually cause vomiting, though it can lead to bloating and diarrhoea.

The hospital’s matron, Jackie Evans, told the inquest that changes, including placing signs above the beds of patients with special dietary requirements, had been implemented since Pearson’s death. But Sutherland raised concerns that the hospital had yet to carry out a formal investigation into what went wrong.

She said: “The action plan lacks detail. What has happened locally is commendable, but it lacks detail and it has narrow vision.” She added that the plan that had been put in place was “amateurish with no strategic vision”.

The coroner’s court also heard that Pearson had become ill two weeks earlier when she was given a meal containing gluten after being admitted to Deeside community hospital, also in Flintshire.

The assistant coroner said she would be unable to make a decision on a prevention of future deaths report until the Betsi Cadwaladr University Health Board (BCUHB) provided a witness to answer further questions about changes.

The board has two weeks to provide an update on whether there have been other incidents and to give more information about Deeside hospital.

A new date for the hearing is yet to be fixed.
Add Comment