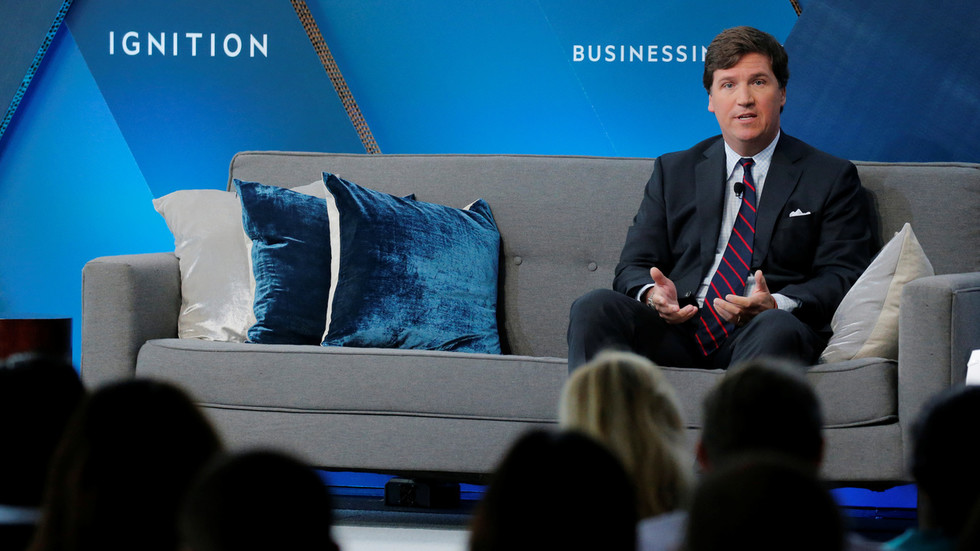 Fox News’ Tucker Carlson has questioned the “marketing campaign” behind rushed Covid-19 vaccines and the lack of debate around it. CNN and others have responded by saying the anchor is posing a “clear and present danger.”

While such a message might seem extreme, it’s just one of many reactions to a recent vaccine critique from Carlson.

In a segment on his show, Carlson, one of the president’s more vocal supporters, targeted the “marketing campaign” behind the Pfizer vaccine, noting both reports of allergic reactions to the shots and social media companies cracking down on what they deem to be “misinformation” about it.

The lack of debate and conversation, Carlson noted, only hurts potential “trust” in the vaccine.

“So how are the rest of us supposed to respond to a marketing campaign like this?” he said. “Nervously, if you’re strongly supportive of vaccines, and we are. Even if you recognize how many lives have been saved because of vaccines, and we do. It all seems a bit much, it feels false because it is, it’s too slick.”

“Our leaders,” the Daily Caller founder said, “are definitely not pro-choice” when it comes to the vaccine.

“If you want people to take your vaccine, they must trust your vaccine. And if you want them to trust it, you have to let them speak freely about it,” he said, pointing to a CNN interview with philanthropist Melinda Gates, wife of Bill Gates, where she called for the targeting of vaccine misinformation.

“The science denial, vaccine skepticism and falsehoods that are spewed on Fox News pose a clear and present danger to the health of many Americans,” Lockhart wrote, comparing Carlson’s segment to running “into a crowded theater and [yelling] fire,” an often cited hypothetical often referenced by those citing limitations for free speech in the US.

In an MSNBC segment, Dr. Vin Gupta lambasted Carlson, as well as Sen. Ted Cruz (R-Texas) and others, for daring to question the effectiveness of the vaccine.

“This vaccine is broadly safe, and this vaccine keeps people out of ICUs. Sen. Ted Cruz, Tucker Carlson, and those propagating this myth ... they haven't cared for patients in the ICU,” he said.

The Pfizer vaccine, which was over 90 percent effective in trials, began getting distributed last week and various polls have shown skepticism of its effectiveness has slowly eroded, as more and more public figures such as Vice President Mike Pence, as well as Fox News’ Rupert Murdoch, have taken it.

Among Republicans, however, hesitancy remains the highest. A Kaiser Family Foundation poll this week found 42 percent of Republicans would “probably or definitely not” take a Covid-19 vaccine. Minus political leanings, 27 percent of respondents were hesitant to take a vaccine.