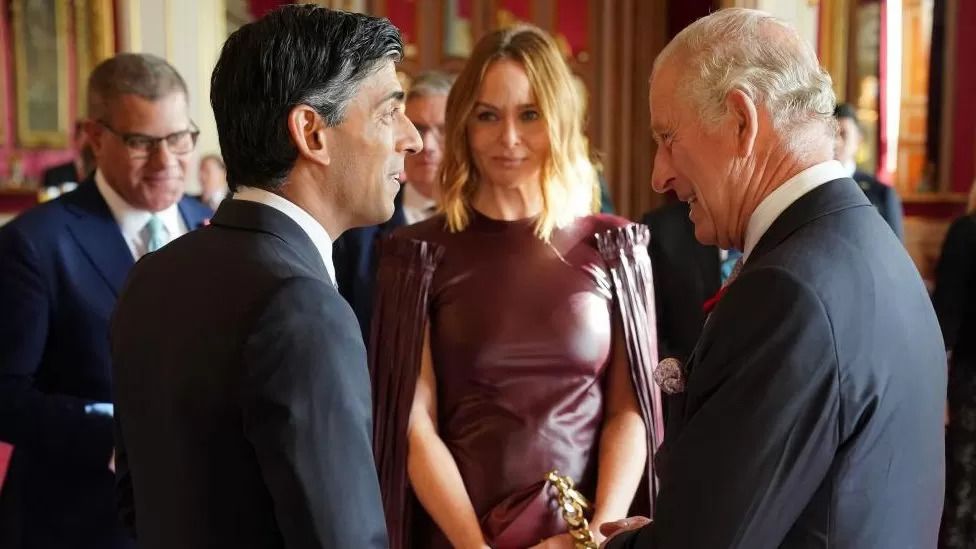 Climate change: Where does Rishi Sunak stand ahead of COP27?

Spin back 12 months to the COP26 climate change summit in Glasgow and you couldn't move without tripping over a world leader, a FTSE boss, even the Archbishop of Canterbury.

The conference was an enormous affair where hours and hours of negotiations took place about how countries large and small, north and south, could work together to try to slow down climate change and manage its impact.

There was another vital ingredient last year though: political energy.

There was no doubt that the then-Prime Minister Boris Johnson took the issue seriously. There was a visible desire in the government to act to manage climate change and for the UK to take, and be seen to take, a prominent role.

There were some grumbles in the Conservative Party but the political push from the top to grasp the issue last year was strong and clear. The UK had to be at the forefront of tackling climate change, and couldn't afford not to.

The dynamics of COP are truly international, and as our climate editor Justin Rowlatt notes here, this week's summit in the Egyptian Red Sea resort of Sharm El-Sheikh is likely to see the world's poorer countries pitted against the rich nations who they feel have backtracked on the financial commitments made in Glasgow.

But as leaders touch down this weekend for COP27, is the UK's commitment still as strong?

First off, the simple optics of the last few weeks suggest not. There was a straightforward argument against Prime Minister Rishi Sunak's attendance at COP. He's only just moved into No 10 and the economy is in bad shape. Summits are, putting it politely, not always a good use of important people's time.

There was also a good case for him to go - to show personal commitment and interest in the subject, and of course to take the opportunity to rub shoulders with other world leaders. 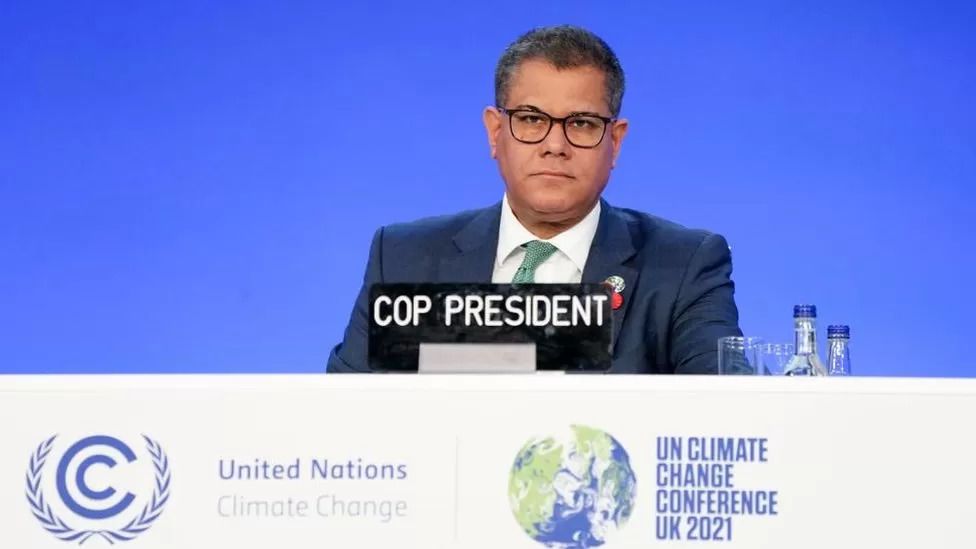 But changing his mind has sent a different message. One climate expert said: "The Sunak flip-flop doesn't demonstrate the level of leadership Johnson had."

If you forget the fuss about Mr Sunak's change of heart, there are signs that climate change has moved down the agenda since last year.

COP26 chief Alok Sharma was shunted out of the cabinet in the last few weeks which sent the signal, intentional or not, that the new administration is less concerned about the issue.

During her brief time in office, Liz Truss announced plans for 130 new oil and gas licences - although her tenure in No 10 was too short to approve any. And the UK hasn't yet provided all the cash to help the countries hardest hit by climate change that it promised last year.

That doesn't mean the UK has abandoned all of its efforts, but the political urgency has noticeably faded. One well-informed climate source says "there is a reasonable question about whether we really have our climate credentials in the right place".

The demands of short-term politics often shove the desire to solve long-term problems down the list. As one COP insider said: "Ukraine and serious climate catastrophes this year have made clean energy and action no less important, but domestic worries about the economy and winning elections prevail."

But there is a different question being asked too: what is the new prime minister's attitude to climate change? How much does he really care?

In the next couple of days, now he is going to COP, there will be warm and determined words, perhaps a new commitment or two.

Mr Sunak said a few days ago "there is no long-term prosperity without action on climate change". But there are doubts about his stance.

One source, normally familiar with the government's plans and instincts on the issue, says "there is a big question about what he really thinks".

Another climate insider worries "it doesn't feel like he's acting out of conviction and belief" while one industry source says "he's never been a naysayer but he has never been a fan" - adding that during his time in the Treasury "he was a big sceptic about the cost".

The costs are enormous, of course. A Freedom of Information request for our programme shows just how big the price tag would be even for making public buildings green - an enormous £25-30bn at a time when cash is short.

When people are worried about keeping the lights on, it's not surprising that some voters also might feel less fussy about where their power comes from.

But Rishi Sunak's political opponents sniff an opportunity, with Labour believing they can make the case for a faster move to green energy.

With recession approaching they are developing plans to go much further and faster with UK-generated renewables.

There are important questions about how realistic their plans really are. But it's notable that they see political advantage in putting those ideas front and centre.

One Labour source said Mr Sunak's "will he, won't he" attendance at COP "sent a message round the world with his hokey-cokey on attending COP that the UK is out of the climate leadership business… the world desperately needs climate leaders - but it's not going to come from Rishi Sunak".

More diplomatically, Claire O'Neill - the former MP and energy minister who was partly responsible for the UK becoming the COP president last year - told me the UK is "playing defence, not offence".

As he jets off to Egypt, Mr Sunak's approach to climate change is likely to come under attack.