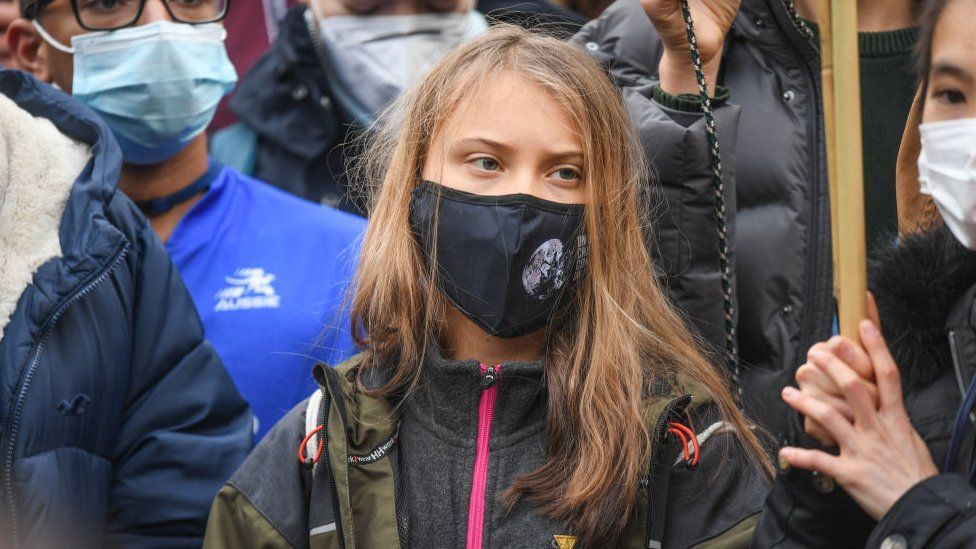 The climate activist Greta Thunberg has claimed the UK overstates how much it has reduced greenhouse gas emissions.

The government says annual emissions have fallen by 44% since 1990.

But she told the BBC's Andrew Marr programme: "For example the UK, one popular thing to say is that you have reduced your emissions by 44% since 1990, and of course that sounds good... but if you look at the actual emissions that's not the case."

So who is right? It all depends on what you count as a country's emissions.

Which emissions does the UK measure?

These measure what happens within a country's borders - including things such as heating and powering homes, transport, domestic industry and agriculture.

But they exclude emissions from international aviation, shipping and imports.

The UK is not unique in producing its figures like this, though.

Each year, countries that are signed up to an international agreement called the Kyoto Protocol submit their overall emissions figures to the UN. That reporting is all done on a territorial basis - so they all exclude international aviation, shipping and imports.

Miss Thunberg has also criticised other countries for using these same methods.

What happens if you factor in other emissions?

The UK's Department for Environment, Food and Rural Affairs (Defra), produces figures on "consumption emissions" - a measure based on everything the UK uses, including imports.

These take into account emissions associated with producing goods overseas (in places such as China) which the UK then imports. They also include emissions from international aviation and shipping.

These are not used by the government as official figures though. 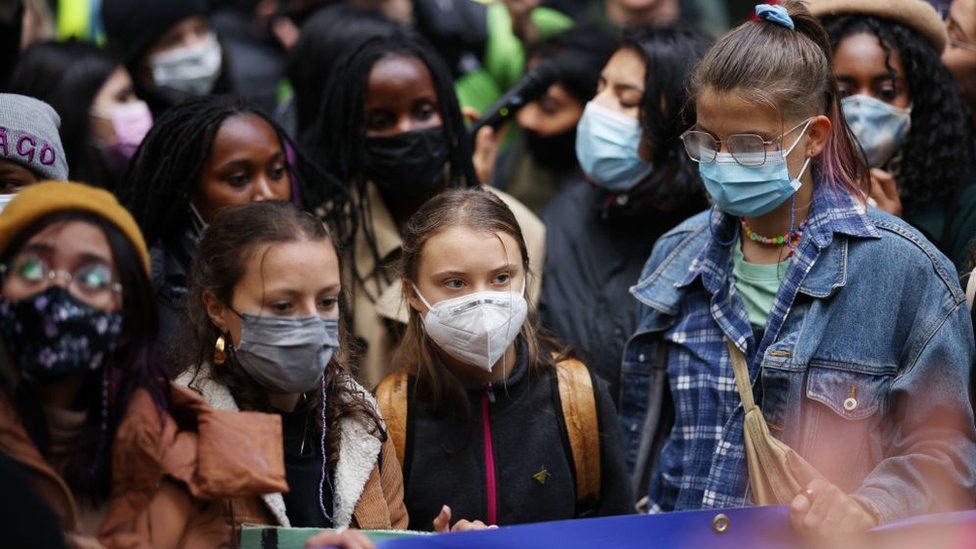 On this measure, Defra estimated the UK's overall carbon footprint in 2018 was about 26% lower than in 1997, when it first published these figures.

The WWF - a non-governmental organisation focused on the environment - has factored in 'consumption emissions' dating back to 1990, and estimates that up until 2016, UK emissions declined by 15%.

The UK says its target of reaching net zero emissions by 2050 will factor in both aviation and shipping following pressure from campaigners.

What about burning biomass?

In her interview, Greta Thunberg also highlighted the burning of biomass in the UK, suggesting it was excluded from the government's territorial emissions.

Burning biomass such as wood and other organic materials is playing an increasing role in the UK's electricity supply, accounting for about 12% of it last year.

The biomass grown and burnt here would be counted as part of the UK's territorial emissions, but any brought in from overseas would not be.

Large amounts of biomass burnt in the UK comes from the US and Canada - and critics argue that importing it from abroad is not sustainable due to the emissions associated with its transport.

UK government research has shown that emissions from the electricity generated from biomass can be higher than those from fossil fuels, depending on factors such as the type of biomass and where it comes from. 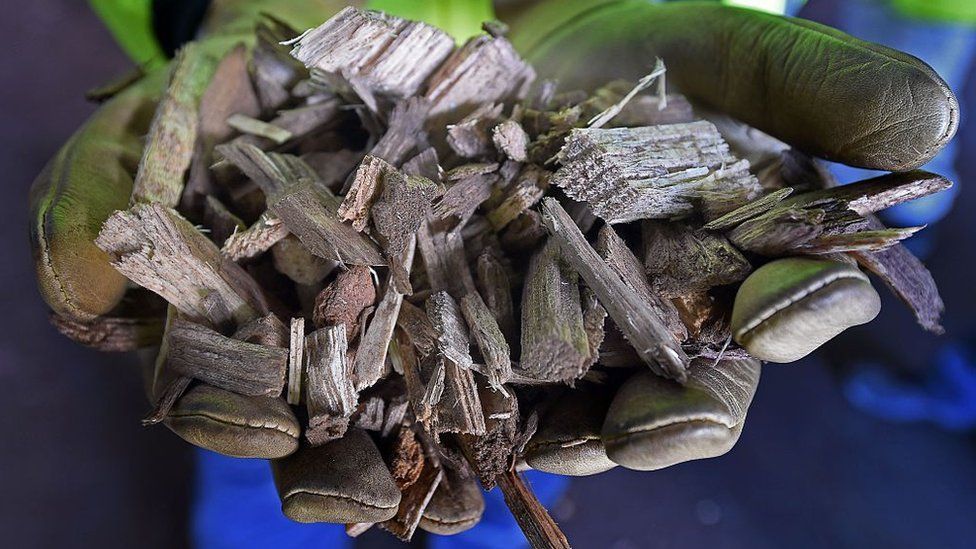 What emissions figures should be used?

'Consumption emissions' figures - based on everything the UK uses - can be less accurate because tracking the total use of emissions through complex global supply chains is very difficult.

It can lead to some double-counting, although no country currently counts international aviation and shipping in their territorial emissions, so double-counting wouldn't happen from these two sources.

For example, if the UK imports products from China and then China starts making things in a more carbon-intensive way, the UK's consumption emissions would go up, despite consuming the same amount.

'Territorial emissions' can be a clearer measure of how the government is acting to tackle emissions at home.

There are continuing debates about how responsibility for the emissions associated with global supply chains should be shared out between countries, particularly as many developing countries are responsible for manufacturing things then used in more developed countries.