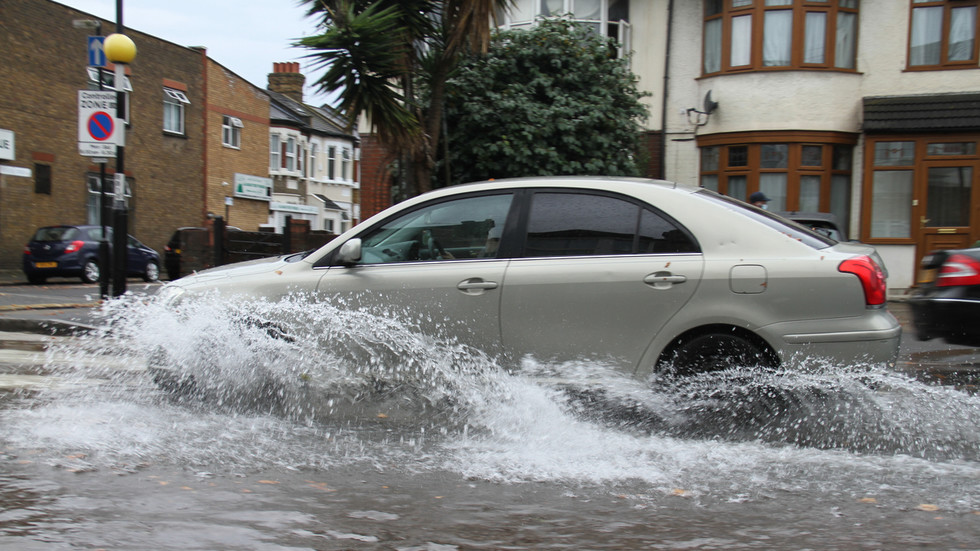 Met Office researchers have warned that the impact of global warming is “already changing” the UK’s climate, with extreme weather, such as heatwaves and floods, set to hit the nation on an increasingly regular basis in the future.
The annual State of the UK Climate report, released on Thursday, found that 2020 was the third-warmest, fifth-wettest and eighth-sunniest year on record. It marked the first time a 12-month period has ever secured a top 10 place for all three measures.

Examining the data, the lead author of the report, Mike Kendon, warned that it shows “the climate is already changing here in the UK,” raising the risk of the nation being hit by extreme weather events on a more regular basis, as global temperatures to continue to rise.

The paper confirms the Met Office’s assessment that the country is becoming hotter, sunnier, and wetter due to the effects of climate change. All of the top 10 warmest years have occurred since 2002, and six of the wettest ever years since 1998.

The warning laid out within the State of the UK Climate report reiterates concerns raised previously by British scientists, who highlighted how rising greenhouse gas levels have already surpassed a point that allows “for a manageable future for humanity.”

The State of the UK Climate is an annual report produced by the non-partisan Met Office, providing officials with an up-to-date assessment of the impact of climate change on Great Britain, expanding scientific understanding of trends, variations and extreme weather events.

The Met Office’s report comes after London suffered two destructive floods in only a few weeks, causing millions of pounds’ worth of damage to businesses, homes, and crucial infrastructure. Flash floods, which on both occasions came after a significant amount of rain fell within a short space of time, cut off individuals, leaving them without power and trapped in cars or properties surrounded by rising water levels.

In the wake of the London floods, Climate Central, a scientific news outlet, published a map that showed how central areas of the UK’s capital city could regularly be plunged underwater by 2030, as rising sea levels threaten to plague numerous boroughs.
Add Comment