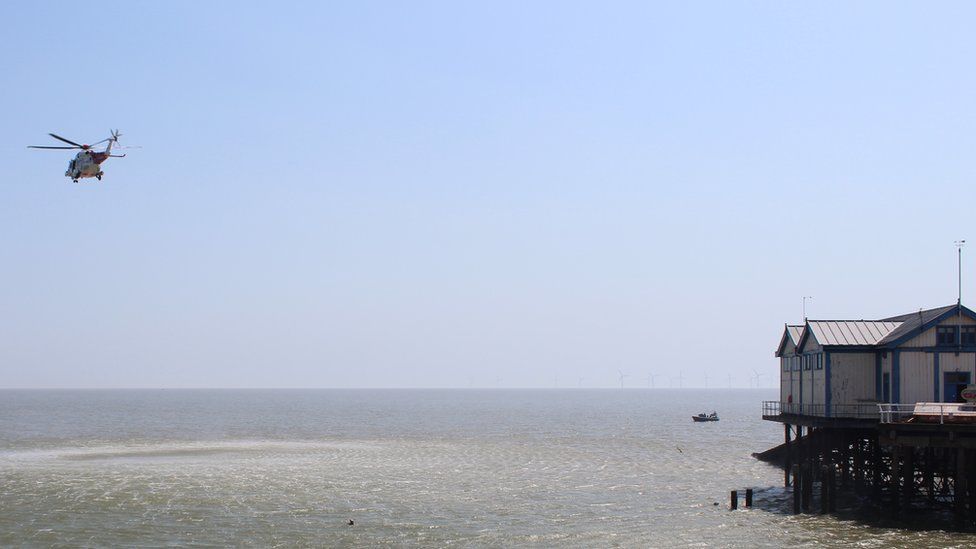 Five swimmers have been rescued from the water at Clacton-on-Sea and a sixth person is still missing.

Emergency services were called to the town's pier in Essex just after 11:00 BST.

Lifeboats were sent to the scene and the resort's beach patrol team was assisting in trying to find the missing person in the North Sea.

The pier was closed with members of the public asked to leave while the search was carried out. 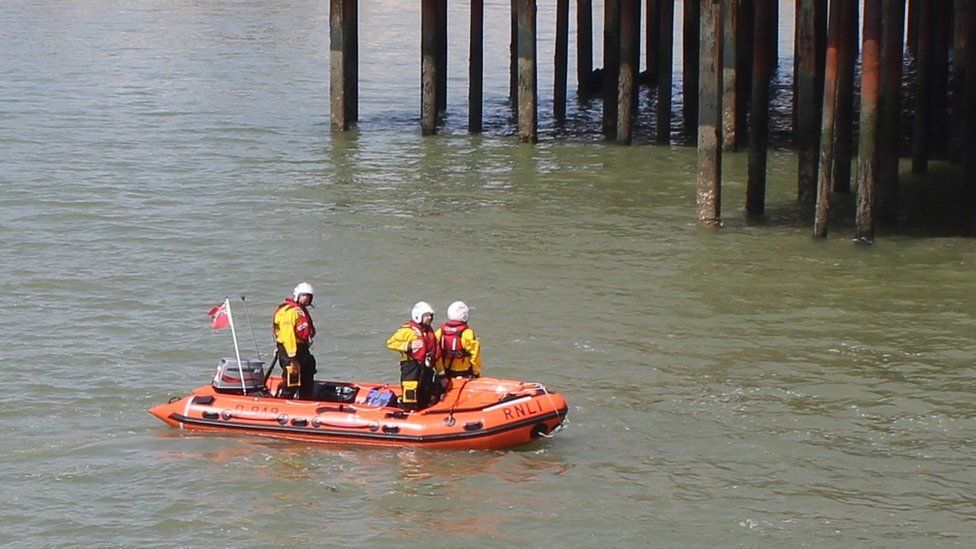 Strong currents can form around the pier's wooden uprights

Essex Police said it had been dealing with a "serious and ongoing" incident.

The East of England Ambulance Service said the five people were taken to hospital.

"Crews assessed four males and a female patient at the scene before transporting them by road to Colchester Hospital for assessment and care," a spokesperson said.

The Essex and Herts Air Ambulance was also sent to the scene. 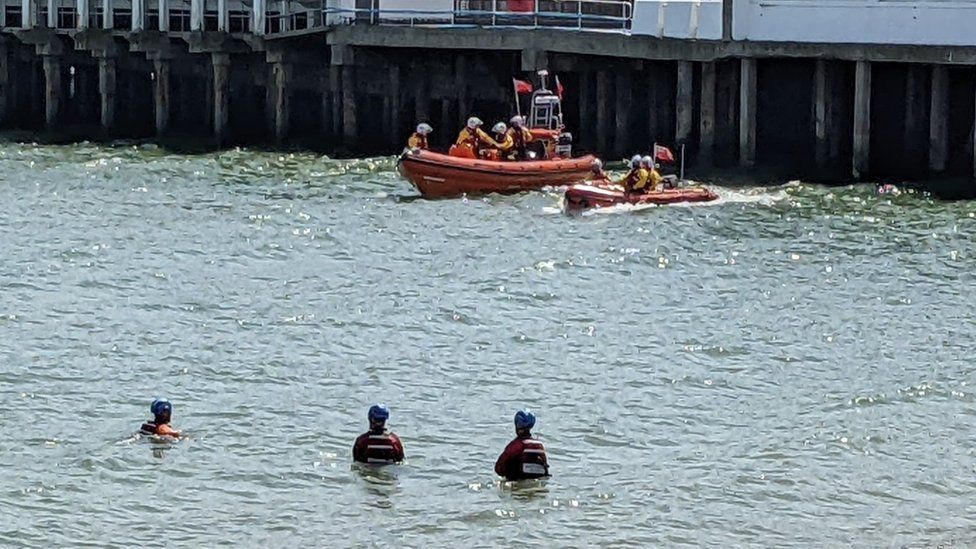 The swimmer went missing at about 11:00 BST

HM Coastguard said it had responded to "a report of multiple people in the water".

A spokesperson said: "Five people have been rescued, with the search still ongoing for a sixth male."

Mr Brown said the swimmers had been "dragged" under the pier by the tides.

"To be fair to these people, they weren't under the pier; they got dragged that way by the tide," he said.

"Even strong swimmers can get into trouble." 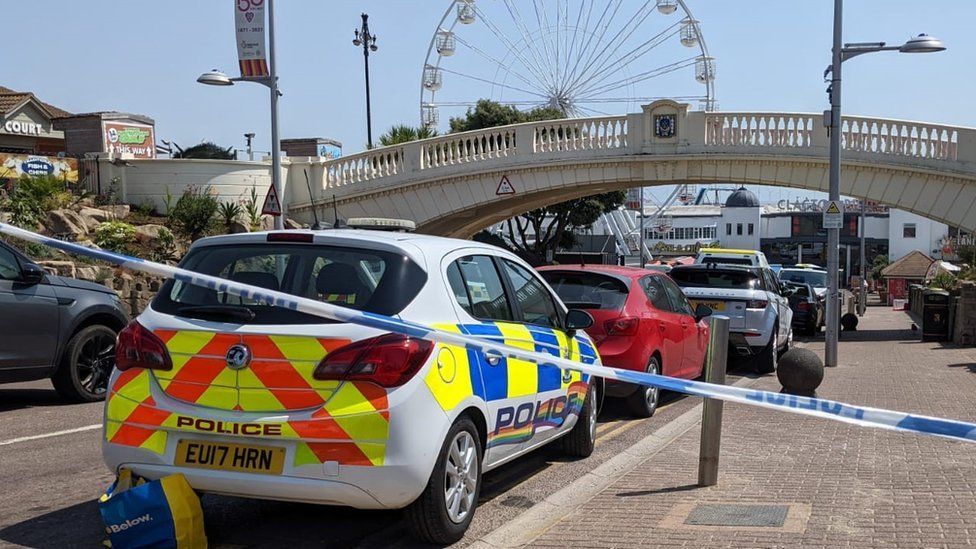 Mr Brown warned that swimmers of all abilities should avoid the pier area and groynes due to the strong currents that could develop around them.

Clacton Beach Patrol, the town's RNLI lifeboat and coastguard teams from the resort and nearby Walton-on-the-Naze, plus Holbrook in Suffolk, were sent to help.