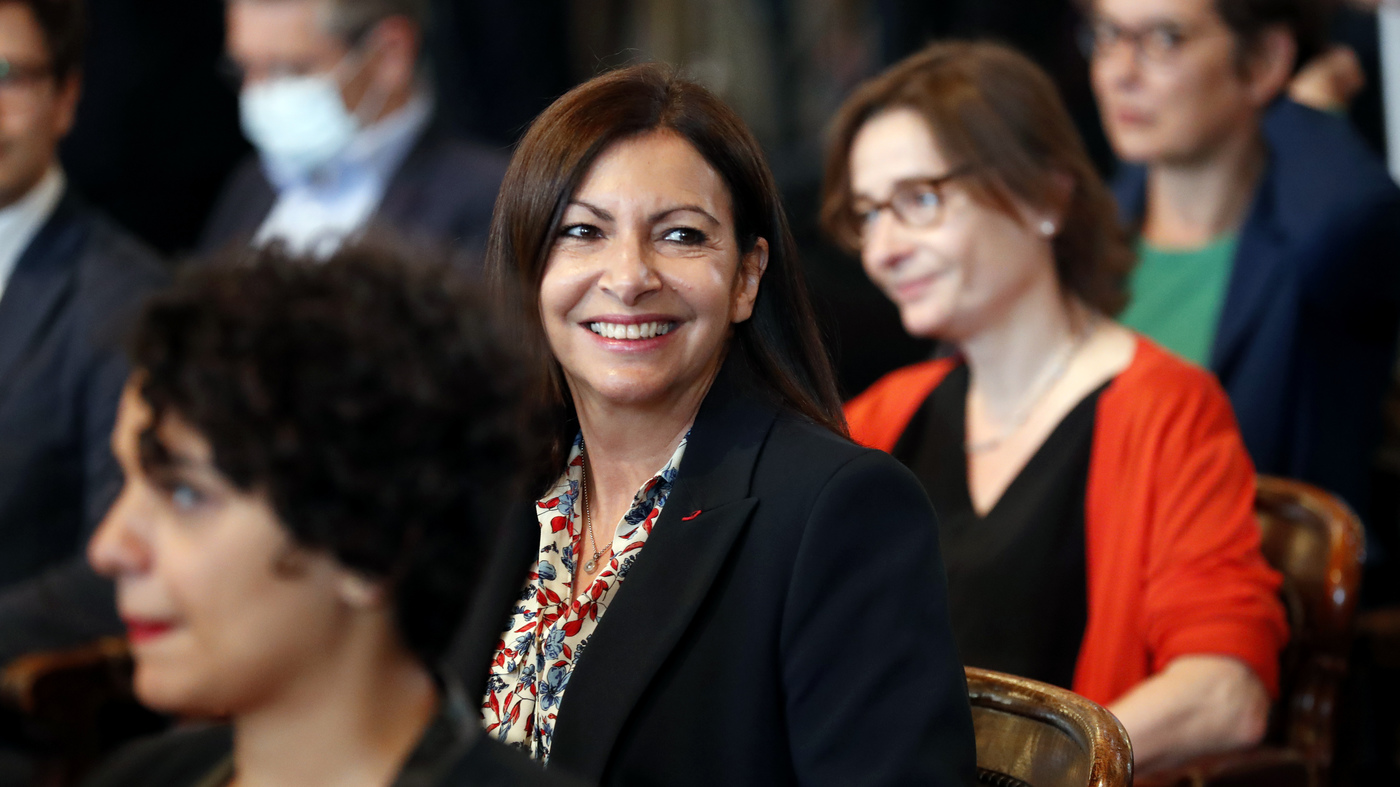 City Of Paris Is Fined 90,000 Euros For Naming Too Many Women To Senior Positions

Under Mayor Anne Hidalgo, 11 female and five male officials were appointed in 2018 to high-level roles — despite a rule that at least 40% of such positions should go to people of each gender.

The city of Paris has been fined 90,000 euros for an unusual infraction: It appointed too many women to senior positions in the government.

In 2018, 11 women and five men became senior officials. That meant 69% of the appointments were women — in violation of a rule that dictated at least 40% of government positions should go to people of each gender.

In remarks on Tuesday to the capital's governing body, Mayor Anne Hidalgo said she would deliver the check to the Ministry of Public Service herself — along with the women in her government.

"So there will be many of us," she said.

Since 2019, French law provides a waiver to the 40% rule if the new hires do not lead to an overall gender imbalance, Le Monde explains. That's the case for the city of Paris, according to the newspaper: Women still make up just 47% of senior executives on its government. And female city officials are paid 6% less than their male counterparts.

But the rule change comes too late to avoid the fine.

"It is paradoxical to blame us for appointments that make it possible to catch up on the backlog we had," Antoine Guillou, the mayor's deputy in charge of human resources, told Le Monde.

Hidalgo, a member of the Socialist party who was first elected mayor in 2014 and was reelected this year, says the aim is to resolve an existing imbalance toward men.

"Yes, we must promote women with determination and vigor, because the delay everywhere in France is still very great," she told the Paris Council. "So yes, to promote and one day achieve parity, we must speed up the tempo and ensure that in the nominations there are more women than men."

"In Paris, we are doing everything to make it a success, and I am very, very proud of a large team of women and men who carry together this fight for equality," Hidalgo added.

"@Anne_Hidalgo, the cause of women deserves better!" Montchalin tweeted. "I want the fine paid by Paris for 2018 to finance concrete actions to promote women in the public service. I invite you to the ministry to raise them!"