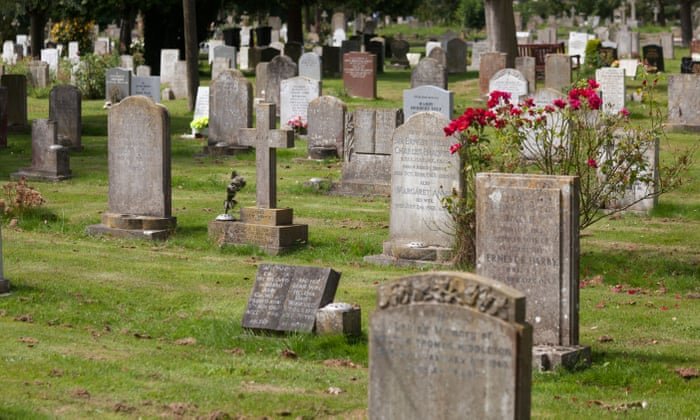 Church of England could seek to end paupers' funerals

General Synod to debate action as figures show rise in councils’ spending on procedure
The Church of England is set to challenge the “cruel experience” of paupers’ funerals after recent figures showed UK councils spent more than £6m in 2018-19 on disposal of bodies.

Local authorities have a statutory duty to provide public health funerals for people whose families cannot be traced or who die without sufficient resources to pay for a funeral. The term “pauper’s funeral” dates from Victorian times.

Most public health funerals are no-frills services, without ceremony or notification about the date and time. Burials may take place in an unmarked grave that could be shared with others. Some councils refuse to return ashes to relatives after a cremation.

The C of E’s ruling body, the General Synod, will decide next month whether to deploy church resources to tackle the issue and, where possible, end paupers’ funerals.

Data released this month by the insurance firm Royal London, based on responses to freedom of information requests, showed councils spent £6.3m on public health funerals in the 12 months to April 2019, up from £5.4m the previous year.

Birmingham city council was the biggest spender with almost £1m on 387 funerals, averaging £2,500 per funeral. Cornwall was the second highest spender and the most generous per service, with £744,963 on 100 funerals at an average of almost £7,450 each.

Armagh City, Banbridge and Craigavon council in Northern Ireland spent the least: £250 on one funeral.

According to the councils’ responses, the most common reason for a public health funeral was because the deceased had no traceable family, which accounted for 38% of the total. In 29% of cases, the deceased’s family were unable to pay for the funeral.

The insurance company is calling for legislation on minimum standards for public health funerals, including the right to attend a service and take possession of ashes.

In 2018 an investigation by ITV News found a 70% increase in paupers’ funerals in the preceding three years.

According to the annual SunLife cost of dying report published this month, the average cost of a UK funeral is at a record high of £4,417. Funeral costs rose £146 in 2019, and are now more than double the £1,920 SunLife recorded when it began collecting data in 2004.

The issue of “funeral poverty” has been raised in parliament. Although limited benefits are available to bereaved families, the Labour MP Emma Lewell-Buck told the Commons in 2018: “Around a quarter of families that cannot afford funerals borrow from friends or relatives, a quarter put costs on a credit card, and the rest take out loans or work out an instalment plan with funeral directors. Some even sell their belongings. It has been revealed recently that people are increasingly turning to crowdfunding websites to raise money for funerals.”

Sam Margrave, a General Synod member who is proposing a motion on paupers’ funerals at next month’s synod, said: “The church needs to acknowledge this issue, and work with local and national government to find solutions in circumstances which are often extremely painful.

“The number of paupers’ funerals is increasing hugely, and there is a postcode lottery regarding provision. People should have dignity in death, and those left behind should have the love, care and support they need. The way we treat those who have died tells us a lot about how we are as a society.”

A background paper (PDF) for the motion criticises the “cruel experience” of paupers’ funerals, and the motion calls for a taskforce to work with councils “to find ways, at an affordable price, to deliver a more compassionate sendoff for the departed and to meet the spiritual and emotional needs of those left behind”.

Sandra Millar, the C of E’s head of life events, said the clergy were often unaware of public health funerals. A council representative usually attends such services if no other mourners are expected.

“It is a terrible thought that someone is so alone when they die that they are ‘known only to God’,” said Millar. “That often happens when a person dies with no relatives. But it also happens when there are grieving family and friends but little or no financial resource.

“The C of E is working with other church groups through the ecumenical Churches’ Funerals Group to help ensure that this doesn’t happen.”

The C of E conducts about a quarter of funerals in England.
Add Comment