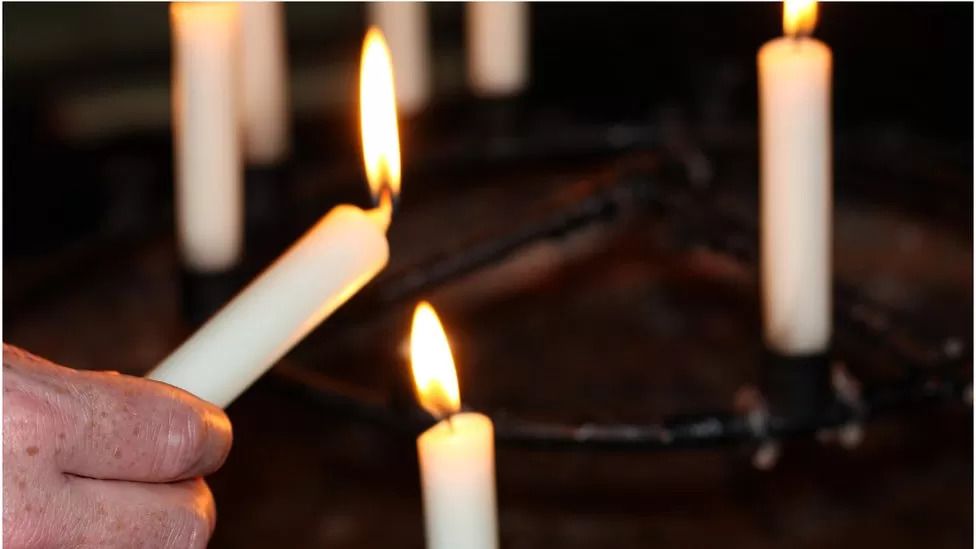 The Church says this is its most extensive review of past abuse cases.

The archbishops of Canterbury and York apologised and expressed "profound shame" at the findings.

The new report came about after criticism of the previous Past Cases Review, published in 2010, which said the Church had found only 13 new cases requiring further action.

The updated version, published on Wednesday, is highly critical of a culture within the Church that is portrayed as still not adequately dealing with abuse.

"The Church is still at risk of failing others in the future unless there are further significant changes of culture and attitude as well as adherence to more detailed and effective safeguarding practices," it says.

The rest either involve both or have insufficient data.

Louise, not her real name, who says she was abused as a child by a clergyman, told BBC News she had asked to participate in the review but been ignored.

"I feel betrayed and angry because the report states survivors have been included when I haven't," she said.

"I was told my case was in the 'cause for concern' category - but I can't see anything about how those cases will be followed up, including mine.

"Survivors were told we would be warned when the report comes out but we heard nothing."

The alleged perpetrators, who are still alive, include 242 clergy, 53 Church officers and 41 volunteers whose role included engagement with children.

Many no longer hold positions in the Church - but in some cases, their identity was not recorded.

The cases range from errors in information sharing to those that should have been referred to the police.

But the report does not include details of the seriousness of the abuse.

Some of the most damning parts detail issues surrounding the culture within the Church of England relating to abuse.

The reviewers mention victim-blaming, deference to those in power, inertia and inaction in dealing with allegations of abuse.

The Church accepts much more needs to be done to instil confidence it has processes in place to adequately protect the vulnerable and deal with perpetrators.

And the report lists 26 recommendations, including establishing a charter to ensure the voices of children are heard.

But they do not include any major overhaul of existing processes that are meant to protect children and vulnerable adults from abuse but have often failed to do so.

Two years ago, the Independent Inquiry into Child Sex Abuse detailed how the Church had failed to protect children from sexual abuse and created a culture where abusers "could hide".

In a joint statement, the archbishops of Canterbury and York said the findings illustrated the failings of the Church's leadership.

"There are no possible excuses, no rationalisations for our Church's failure to share the love of God and value each and every person," a joint statement from the Most Reverend Justin Welby and the Most Reverend Stephen Cottrell said.

"We sincerely apologise for our failures and want to reach out to those who are still suffering from the pain and misery they endured.

"We extend this apology to wider family members affected from this past abuse.

"We are so sorry that this ever happened. It was not your fault and you are not to blame."