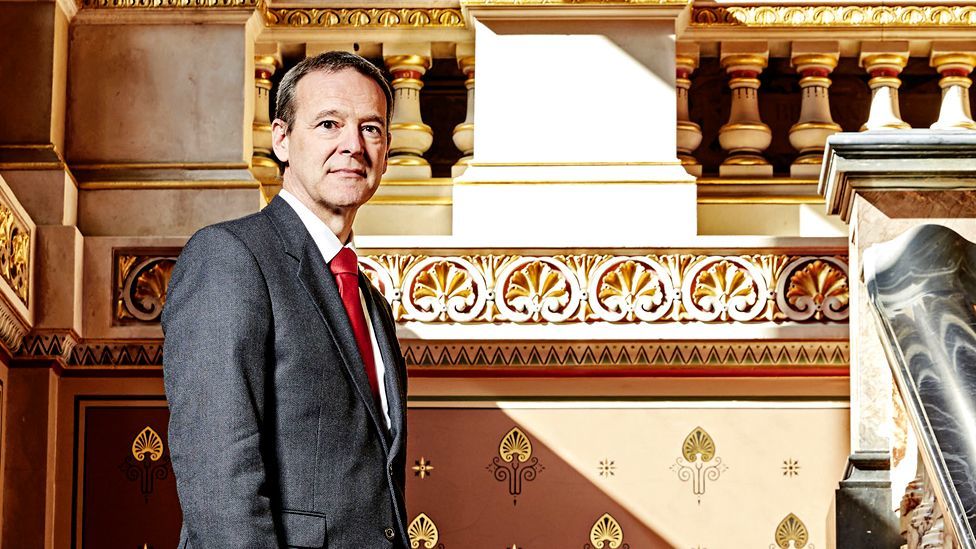 Listen to the article
0:00 / 0:00
Voice by MediaWorks
Lord McDonald, the former top civil servant in the Foreign Office, has written to the Parliamentary Commissioner for Standards Kathryn Stone over No 10's statements on MP Chris Pincher, who last week resigned as a Conservative whip and was then suspended as a party MP over allegations he groped two men at a private members' club in London.

Here is the letter in full:

Five days after Mr Pincher's resignation as deputy chief whip, there remains significant confusion surrounding complaints about his behaviour prior to the drunkenness he admits at the Carlton Club on 29 June.

Inaccurate claims by 10 Downing Street continue to be repeated in the media. On 3 July, the BBC website reported: "No official complaints against [Mr Pincher] were ever made."

This is not true. In the summer of 2019, shortly after he was appointed minister of state at the Foreign Office, a group of officials complained to me about Mr Pincher's behaviour. I discussed the matter with the relevant official at the Cabinet Office. (In substance, the allegations were similar to those made about his behaviour at the Carlton Club.) An investigation upheld the complaint; Mr Pincher apologised and promised not to repeat the inappropriate behaviour. There was no repetition at the FCO before he left seven months later.

The same BBC website report continued: "Downing Street has said Boris Johnson was not aware of any specific allegations when he appointed Mr Pincher deputy chief whip in February." By 4 July the BBC website reflected a change in No 10's line: "The prime minister's official spokesman said Mr Johnson knew of 'allegations that were either resolved or did not progress to a formal complaint,' adding that 'it was deemed not appropriate to stop an appointment simply because of unsubstantiated allegations'."

The original No 10 line is not true and the modification is still not accurate. Mr Johnson was briefed in person about the initiation and outcome of the investigation. There was a "formal complaint". Allegations were "resolved" only in the sense that the investigation was completed; Mr Pincher was not exonerated. To characterise the allegations as "unsubstantiated" is therefore wrong.

I am aware that [it] is unusual to write to you and simultaneously publicise the letter. I am conscious of the duty owed to the target of an investigation but I act out of my duty towards the victims. Mr Pincher deceived me and others in 2019. He cannot be allowed to use the confidentiality of the process three years ago to pursue his predatory behaviour in other contexts. 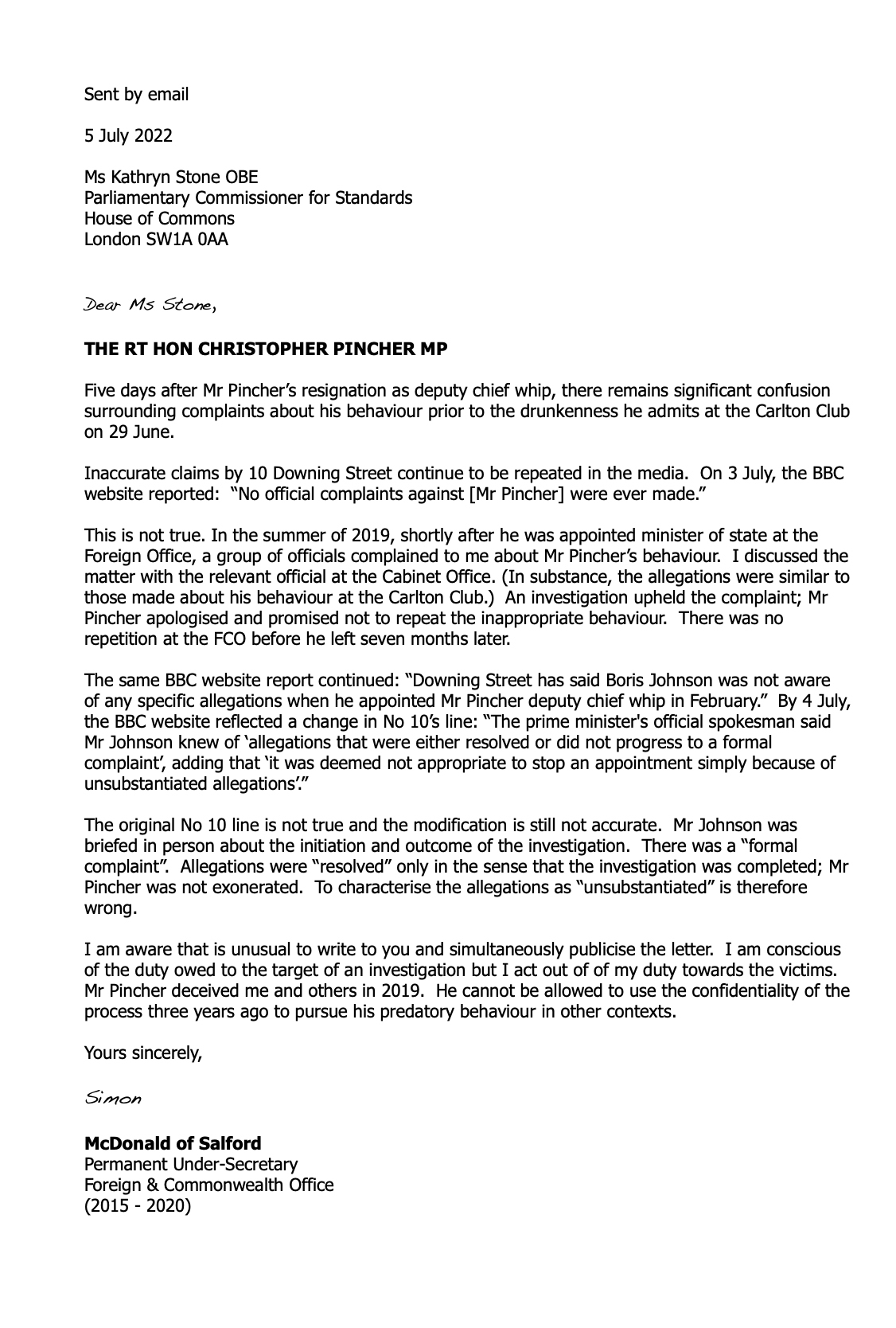