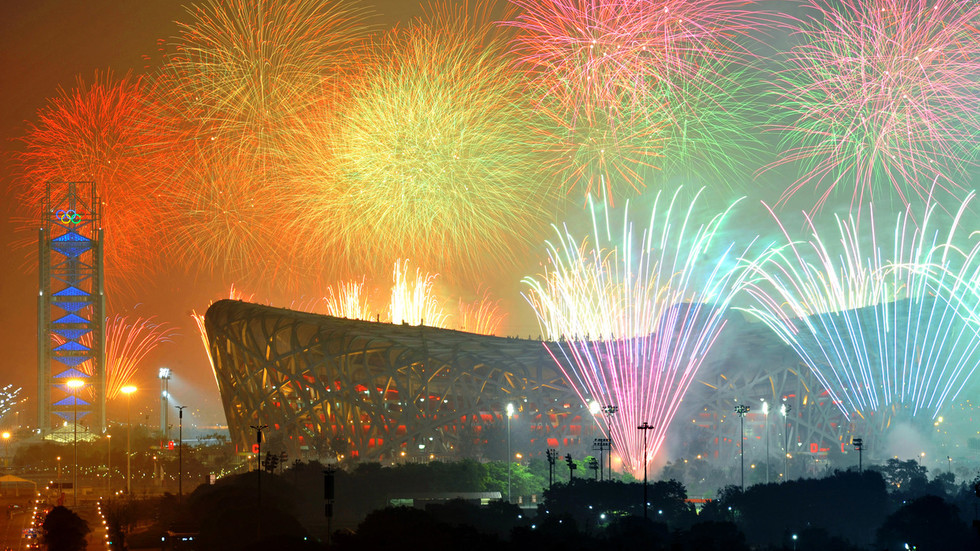 Beijing experienced its best air quality for Lunar New Year’s Eve in nine years
Air quality in China’s capital on Lunar New Year’s Eve was the best it has been since monitoring began in 2013, thanks to a fireworks ban introduced in an apparent effort to clean the city’s air ahead of the upcoming Winter Olympics.

The update on air pollution readings was given by the Beijing Municipal Ecology and Environment Bureau on Tuesday. The average concentration of hazardous airborne PM 2.5 particles stood at 5 micrograms per cubic meter on Monday night. This was a significant drop compared to the average of 289 micrograms seen last Lunar New Year’s Eve.

Beijing put a complete ban on fireworks in place across the city this year, while previously they had only been banned in the center.

Other cities across northern China, including Zhangjiakou, which is co-hosting the Winter Olympics, also introduced a ban on selling and lighting fireworks.

The Chinese authorities did not directly link the firework restrictions to the upcoming Winter Olympics. However, officials had previously promised to take action against air pollutants in the capital after a Ministry of Ecology and Environment spokesman said the weather conditions in winter would be “very unfavorable” to sustain good air quality during the games.

The 2022 Winter Olympics will be held from February 4 to 20 in Beijing and the surrounding province of Hebei. The area is prone to heavy smog, especially in winter, and the authorities have shut down polluting firms and factories and promoted green energy consumption to curb the environmental problem.

Traditionally, Chinese people celebrate the Lunar New Year by lighting up fireworks and firecrackers, which are believed to bring good luck for the rest of the year. For this reason, the restriction sparked negative reactions among internet users across the country.

“It's boring to not allow the fireworks for the New Year. What's the difference from usual? The traditions are lost,” Reuters quoted one Weibo user as saying.
Add Comment