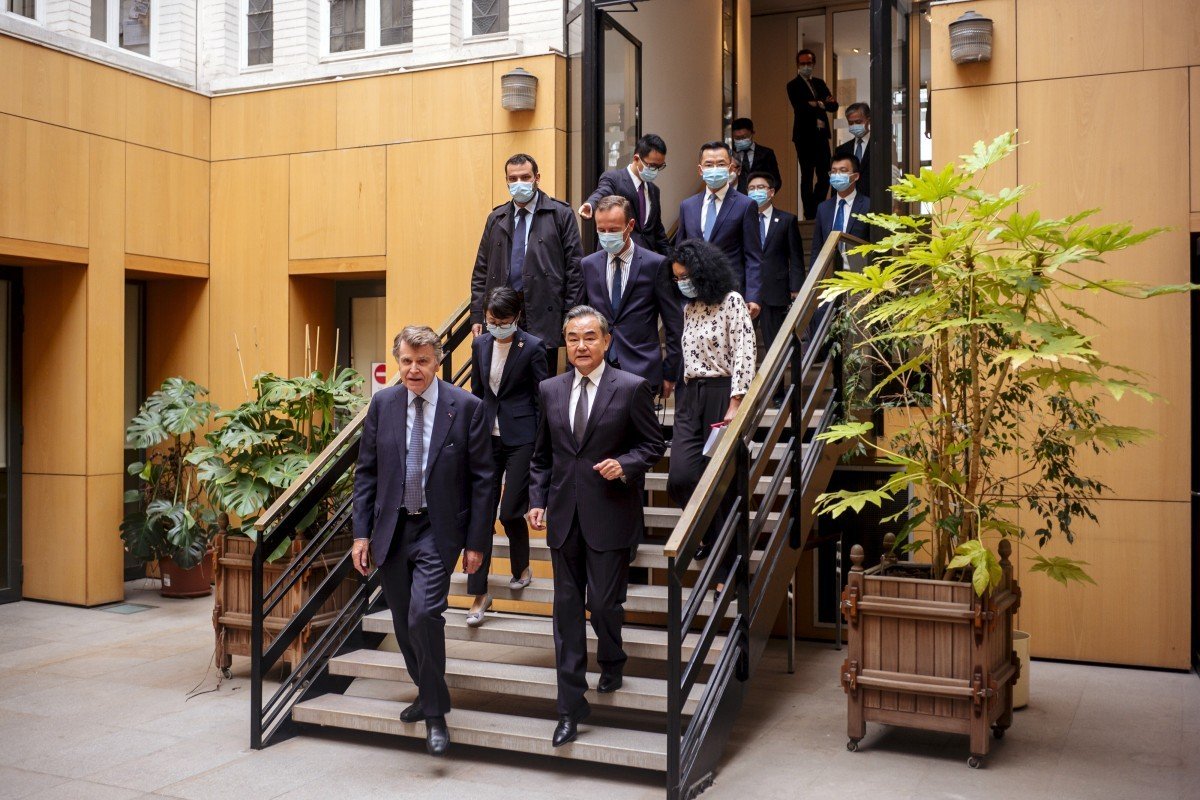 China calls on Europe to unite against ‘extremist’ US forces

China has appealed to Europe to jointly confront “extremist forces” in the United States pushing for decoupling, as Washington tries to build a transatlantic alliance against Beijing.

In a rebuke to US President Donald Trump’s “America first” slogan, Chinese Foreign Minister Wang Yi told an audience in Paris on Sunday that “we never talk about ‘China first’”.

“At present, China-US relations are in the gravest situation since diplomatic relations began … [with the US] publicly coercing other countries to take sides and attempting to push Sino-US relations into conflicts and confrontations,” Wang said in a speech at the French Institute of International Relations.

“At this critical juncture of human development, on the basis of responsibility for the fate of human destiny, China and the EU should jointly resist any countercurrents inciting hatred and confrontation.”

Wang is in Paris a month after White House national security adviser Robert O’Brien visited the city to brief European officials on a joint strategy against Chinese technology and geopolitical influence.

The team of Joe Biden, the Democratic Party candidate for president, has also floated plans to work with European counterparts should he defeat Trump in the November election.

Since touching down, the Chinese foreign minister has met a number of French leaders and senior officials, including French President Emmanuel Macron, Foreign Minister Jean-Yves Le Drian and Laurent Fabius, president of the Constitutional Council.

In his meeting with Macron on Friday, Wang presented the French president with some books on behalf of Chinese President Xi Jinping, according to state news agency Xinhua.

Macron and Wang also bumped elbows and smiled for the cameras, prompting some French observers to accuse the president of giving too warm a welcome, given concerns over systemic rivalry and human rights in China. 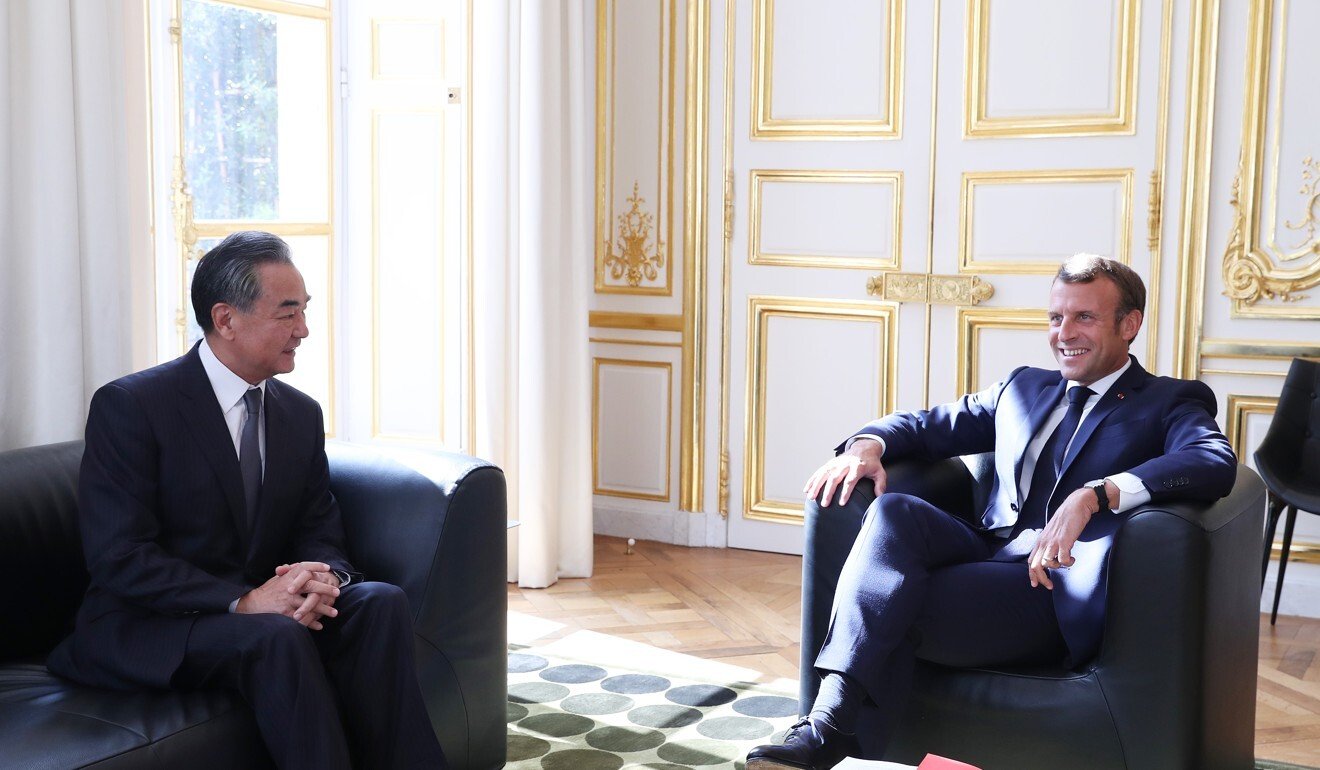 But France is also one of the EU countries pushing for “strategic autonomy” away from reliance on the US.

Against that backdrop, the Chinese foreign minister delivered his strongest anti-US remarks so far on the trip, upping the ante from his previous stops in Italy, the Netherlands and Norway.

“We are pleased to see strategic autonomy in Europe, with a view to providing more stability. On this, China stands together with France, and with Europe,” Wang said.

In a statement, Le Drian said the two discussed trade matters and progress on market access, particularly in the agri-food sector, as well as aeronautics and civil nuclear sectors.

“The minister reiterated [France’s] position on respect for international law in the South China Sea. The minister recalled France’s serious concerns about the deterioration of the human rights situation in China, in particular in Hong Kong and Xinjiang,” the foreign ministry said.

In a bid to shore up European confidence in China, Wang said China would continue to provide better investment conditions for European businesses, as the two sides were still negotiating an investment agreement, expected to be finalised this year.

Responding to a question on progress on the deal from former French prime minister Jean-Pierre Raffarin, a well-known China watcher, Wang said it was “completely possible” to reach the investment treaty by the stated deadline.

He also urged the EU to negotiate a free-trade agreement with China, although Brussels insisted on completing the investment agreement first.

Wang said he told Macron to play a more active political leadership role in the ongoing treaty talks, to avoid “being dragged into technical details by the technocrats”.

The trade talks are being handled by the Chinese Ministry of Commerce and the trade division of the European Commission.

EU trade officials have insisted on concrete pledges, such as removing privileges for China’s state-owned enterprises, a condition that China has so far been unwilling to accept.

In June, EC President Ursula von der Leyen called on President Xi Jinping to give “political impetus” to the negotiations.

Over the weekend, EU’s foreign policy chief, Josep Borrell, issued two articles, labelling China as a “new empire” and calling on EU countries to “correct” economic asymmetries with the country the EU calls a systemic rival.

Wang’s next and final stop in Europe is in Germany, on Monday. Politburo member and China’s top diplomat Yang Jiechi is expected to visit Greece, Spain and possibly Portugal soon after.