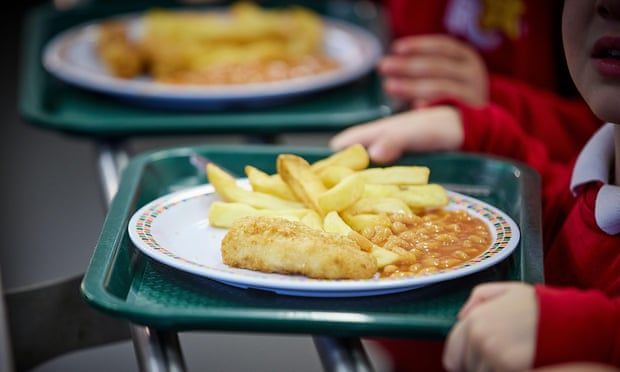 Children in England who receive free school meals go on to earn less than their peers, even when they achieve the same qualifications, with half of them earning £17,000 or less at the age of 30, according to research.

Analysis by the Office for National Statistics (ONS) reveals a persistent earnings gap between those who grew up in poorer households compared with those from wealthier ones.

The gap can be explained largely by access to higher education – disadvantaged children are less likely to go to university and therefore typically have lower earnings.

However, researchers found that children who received free school meals (FSM) and had both the same level of qualifications and similar attainment in secondary school as more affluent pupils still went on to earn less.

The findings, based on an analysis of long-term data collected on 38 million individuals, also showed that children who attended independent schools earned more than their state school counterparts – both FSM and non-FSM – at all levels of qualifications.

“Of everyone who left school after GCSEs, individuals who went to independent school have the highest earnings, likewise for bachelor’s degree and those with no qualifications,” the report says.

The data shows that at the age of 18 there are only small differences in earnings, but the gap widens dramatically as people get older. Before the age of 22, non-FSM state school pupils had the highest average earnings, but from that point on independent pupils out-earn the rest. Women earn less on average than men in all three groups. 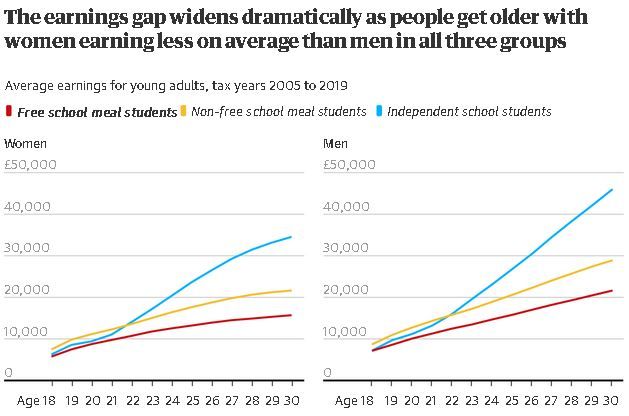 Sara Ogilvie, the director of policy, rights and advocacy for the Child Poverty Action Group, called on the government to do more to support children from disadvantaged backgrounds. “Children who grow up in low-income households have to play catch-up with their peers from an early age.

“All kids deserve a fair start in life and the best way for the government to deliver that is to invest in social security for families. But at the moment we are falling well short of giving the nation’s children the opportunity that everyone deserves.”

A spokesperson for the Department for Education said: “Since 2011, we have narrowed the attainment gap between students from disadvantaged backgrounds and their peers at every stage of education up to the pandemic, and recent figures show that a record proportion of the most disadvantaged students are progressing to higher education – including the highest ever proportion of pupils on free school meals.”