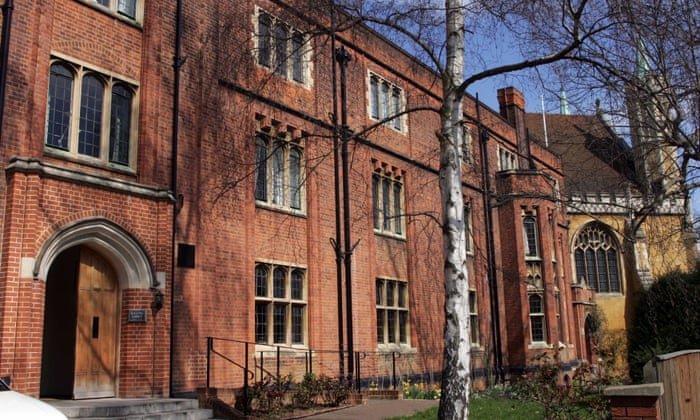 Senior figures at Ealing Abbey and St Benedict’s school in west London, part of the English Benedictine Congregation, were perpetrators of abuse over a 30-year period. Staff members failed to raise concerns because of a “mafia-like” atmosphere and the fear of losing their jobs.

Since 2003, four members of staff, including a former abbot, have been convicted of multiple offences relating to the sexual abuse of more than 20 children.

The independent inquiry into child sexual abuse (IICSA) said: “The total scale of abuse can never be known, but it is likely to be much greater.”

Survivors and witnesses who gave evidence to the inquiry described St Benedict’s in the 1970s as “cold, grim, forbidding” and a “beastly” place.

The 100-page report said: “The atmosphere was sadistic and predatory and we heard that for many children coming to school was terrible. There was a culture of excessive corporal punishment.

“Physical abuse in many cases was used as a platform for sexual gratification and a means by which to instigate sexual abuse. Corporal punishment was also used to punish boys who sought to protect themselves and others from sexual abuse.”

One survivor who was abused from the age of 12 by Andrew Soper, a former abbot, told the inquiry: “I often wonder what my life would have been like if I hadn’t been abused … I feel like I am still in a black hole and just can’t climb out of it.

“I don’t think I can ever put down in words fully what [Soper] has done to me. He has damaged me for life, and I am afraid that that damage will never go away.”

Soper, who was known as Fr Laurence Soper, was jailed for 18 years in 2017 on 19 charges of rape and other sexual offences. He was convicted after skipping bail and spending five years as a fugitive in Kosovo.

A survivor who described being anally raped by Soper said he was unable to tell his parents because “their faith was so strong, they would never have believed it from a priest”. He said he continued to suffer mentally as a result of the abuse.

Another monk, David Pearce, the head of the junior school and the then bursar, was jailed in 2009 for eight years – reduced to five on appeal – for sexual offences against five pupils. Fourteen former pupils complained to statutory authorities of being sexually abused by Pearce.

Two lay teachers, John Maestri and Stephen Skelton, were convicted of multiple offences involving more than 20 children between the 1970s and 2008. In 2016 the deputy head, Peter Allott, was convicted of offences relating to child abuse images.

According to the report, many in the school and abbey were aware of abuse but felt powerless to act. “Staff were afraid that by speaking up they would lose their jobs,” it said. The culture in the abbey and the school “was generally closed, defensive and resistant to external involvement,” the report added.

The inquiry heard evidence over five days in February. It sought a witness statement and documentation from the pope’s representative in the UK, the apostolic nuncio, which the Holy See refused to provide.

“As a result, the inquiry is unable to fully understand and assess the role that the Holy See may have played,” the report said, adding that Holy See had since provided some documentation and it was being reviewed.

The abbot at the time of the IICSA hearing, Martin Shipperlee, abruptly resigned on its final day. The report highlighted Shipperlee’s “leadership failure”, saying his response to abuse was “frequently inadequate, ineffective and ill-judged”.

A new abbot, Fr Dominic Taylor, was elected in July. “It remains to be seen whether Ealing Abbey proves itself capable in the future of ensuring proper safeguarding of children at risk,” the report said.

Alexis Jay, the chair of the inquiry, said: “For years, a culture of cover-up and denial meant children at Ealing Abbey and St Benedict’s School suffered appalling sexual and physical abuse.

“A reluctance to respond properly to safeguarding concerns meant significant opportunities to stop abusers were missed. When action was taken, the responses of senior staff, headmasters and external institutions were often poorly judged or flawed. As a result, children were left at risk of abuse which could have been stopped decades earlier.”

The report from the IICSA, released on Thursday, is part of a wider investigation into the Roman Catholic church and the English Benedictine Congregation.

A report published by IICSA last year concluded that Ampleforth college in North Yorkshire and Downside school in Somerset “prioritised the monks and their own reputations over the protection of children … in order to avoid scandal.”

Richard Scorer, a specialist abuse lawyer at Slater and Gordon, who represents seven victims of abuse at St Benedict’s, said: “This report reveals an utterly damning litany of abuse at the school and abbey over many decades, and exposes how senior Benedictine leaders both perpetrated abuse and then covered it up, with the assistance and complicity of the wider Catholic church.

“This complicity continues today with the Vatican’s continuing refusal to cooperate with this inquiry.

“The Catholic church needs to be held accountable for its criminality, but unless and until we have a mandatory reporting law, requiring knowledge or suspicion of abuse to be reported on pain of criminal prosecution, these cover-ups will continue. I urge the inquiry in its final recommendations to demand such a law without delay.”
Add Comment